Pablo Picasso was born in Malaga Spain in 1881. He was educated by his father which began before 1890. He also studied at the Real Academia de Bellas Artes de San Fernando. Picasso was the first son of José Ruiz y Blasco and María Picasso y López. The family moved to A Coruna in 1891, where his father became a professor at the School of Fine Arts. They stayed almost four years. The father found his son painting over his unfinished sketch of a pigeon. Observing the precision of his son's technique, Ruiz felt that the thirteen-year-old Picasso had surpassed him, and vowed to give up painting.

The main movement that he was involved in was Cubism. Cubism was pioneered by Georges Braque and Pablo Picasso.

Pablo Picasso influenced many artists to join in the Cubism movement and he is also said to have defined modern art. 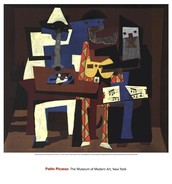 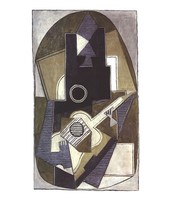 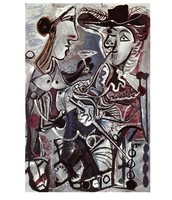 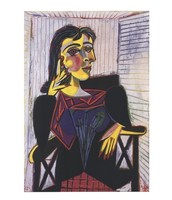 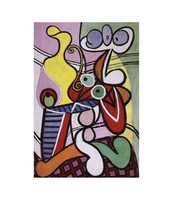 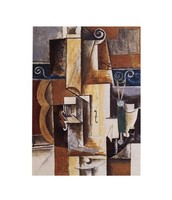 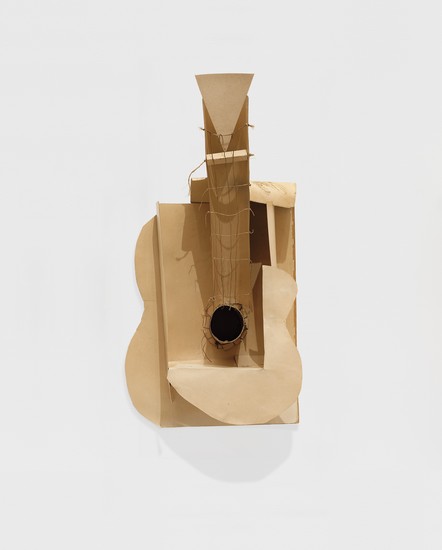 My favorite piece by Pablo Picasso is his Construction Guitar. It is my favorite because it's different than other sculptures. He uses geometric and organic shapes to make a guitar out of cardboard.