Rohin is using Smore newsletters to spread the word online.

Get email updates from Rohin:

Bruce Lee was born on November 27, 1940 in San Francisco, California. Bruce was famous for acting in the 70s. He was famous for his fighting in many movies including "Enter the Dragon" and "Fists of Fury". Bruce was a legend for defying size. He was under 6 foot but used opponents size against them. He attacked with a seamless combination of speed and strength. 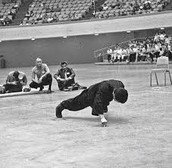 Bruce Lee died on July 20th, 1973 in Hong Kong, China, at the age of 32. The official cause of his death was a brain edema. His cause of death was from a reaction from a prescription painkiller he was reportedly taking for a back injury. There is lots of conspiracy on Lee's death from the beginning, as some claimed he had been murdered. There was also the belief that he might have been cursed, a conclusion driven by Lee's obsession with his own early death. 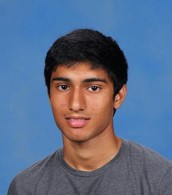 Rohin is using Smore newsletters to spread the word online.