The Deep Horizon oil spill is the worst off shore oil spill in US history. It happened off the coast of Louisiana in the Gulf of Mexico on April 20, 2010. There was an explosion that caused a pipe to break a mile under water. Millions of gallons of oil went into the ocean. Many shoreline animals and underwater animals were affected by the oil spill. Pelicans, birds and turtles were covered with oil. Blue Fin Tuna was another witness to the spill. Biologists are using bacteria, fungi and plants to eat the oil, but this oil spill will affect the whole food chain. It could take up to 10 years for all the wildlife to come back.

I can connect to this article because I have a heart for animals. I don't want them to get hurt. I think it is the people's fault that the animals died because they created the machine that exploded. I think the people didn't think about the safety of the animals environment. I think they should think more about the animals so this doesn't happen again. The animals are just trying to survive.

stranded-stuck and unable to escape

Many pelicans, birds, and turtles were stranded because they were covered in oil and could not swim or fly.

The oil spill affected the spawning of the Blue Fin Tuna.

turtles will suffocate and die from the oil in the water.

Biologists are working hard to save wildlife.

benzene-clear liquid that comes from oil.

Benzene is known to cause cancer. 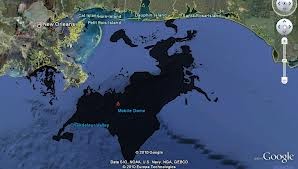 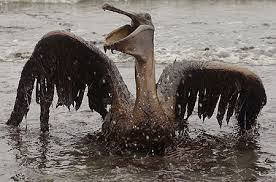 Follow Carrie Maillet
Contact Carrie Maillet
Embed code is for website/blog and not email. To embed your newsletter in a Mass Notification System, click HERE to see how or reach out to support@smore.com