Rayn is using Smore newsletters to spread the word online.

Get email updates from Rayn:

The Book Thief by Markus Zusak

The Book Thief by Markus Zusak

This book follows the story of Liesel Meminger and is narrated by Death. It begins with the death of her little brother while they are on their way, with their mother, to their foster family's home. Liesel's parents are communists and on the run so Liesel is taken in by a foster family for safe keeping. She grows up with her foster family, the Hubermanns and best friend Rudy Stiener, and begins aquiring books by stealing or getting them as gifts. Max Vandenburg was a Jew who used to fight Walter Kugler, until they became friends. When Max and his family are sent out of their homes, his mother gives him a paper with the Hubermann's address on it. For the first two years he hides out in a old store room, where Walter helps him. When Walter is sent with the German army to Poland, Max takes refuge with the Hubermanns, where he meets Liesel. Liesel lives a long life in Sydney after the war, but her foster parents and Rudy were killed in the war.

3 things about the Holocaust

In this class I learned that Nazi's prosecuted Communists, the novel reaffirmed this. "'Communist.' There were boardinghouses crammed with people, rooms filled with questions. And that word." Quote by Death, page 31. This quote explains that people who were communists were also in hiding.
I did not know before that they had book burning rallies. "The Germans loved to burn things. Shops, synagogues, Reichstags, houses, personal items, slain people, and of course, books." Quote by Death, page 84. This explains that the Germans liked to get together to burn books.
I saw in the movie, The Pianist, that some German soldiers helped Jews. This was reaffirmed in this book when Walter Kugler helped Max Vandenburg while he was in hiding. "Walter checked on them occasionally, as inconspicuously as he could." Quote by Death, page 194. This showed that even though Max was a Jew, Walter still checked up on him.

Liesel did not believe in the Nazi idealisms. "Speeches would be made. A fire would be lit. A book would be stolen." Quote by Death, page 107. Liesel did not believe the books should be burned so she tried to save some from the fire. She managed to save one.
Liesel hated Hitler for driving her family apart. ""Did the Fuhrer take her away?'... "I hate the Fuhrer,' she said. 'I hate him.'" Quote by Liesel. This literally expresses how much she dislikes Hitler, he drove her family apart because he hated communists.
Liesel was very caring of her friends and family. "One night, after my usual nightmare, a shadow stood above me. She said, 'Tell me what you dream of.' So I did... Now I think we are friends, this girl and me." A quote by Max, pages 233-235. This shows that Liesel cared about Max, even though they did not know each other very well.

This novel was very interesting to read. It had a unique writing style and a really unique narrator. Having Death narrate the story was definately different than any other book I have read, which is why the book peaked my interest. In all it was a great story and it ended different that I imagined. The beginning lead me to believe that Liesel would die in the war as a child. In the end she ends up living a long and full life. I liked that it had a happy ending, considering the time period it was set in.
I think having the Holocaust told revolving around a child, a family and a Jewish man, that were directly affected by it made for a good story. It was interesting to see in in a point of view of a communist on the run. A German family who hardly made enough to get by, and whos sons were killed because of the war. And, a Jew in hiding, taken in by a genuinely good family. When everyone is killed in the end it was very sad. In all, Mr. and Mrs. Hubermann and their sons and Rudy Stiener, Liesel's foster parents and best friend were killed, her brother died of disease, and her mother and father are never heard from again. I enjoyed reading this novel and would be interested in reading more like it in the future.

I would recommend this book to anyone who is interested in the World War II time period. It was very interesting book, with a unique writing style and overall concept. To read you have to be able to keep up because the author does jump around a bit and writes differently than any thing I have ever read. I fell that adds to the greatness of the story though. 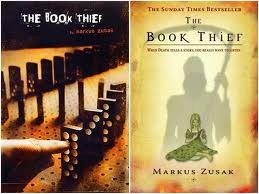 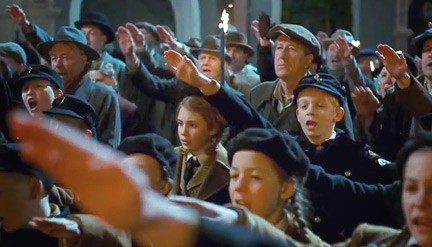 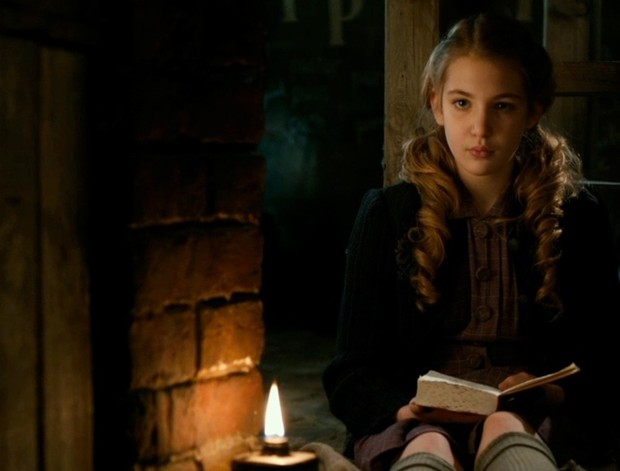 Rayn is using Smore newsletters to spread the word online.