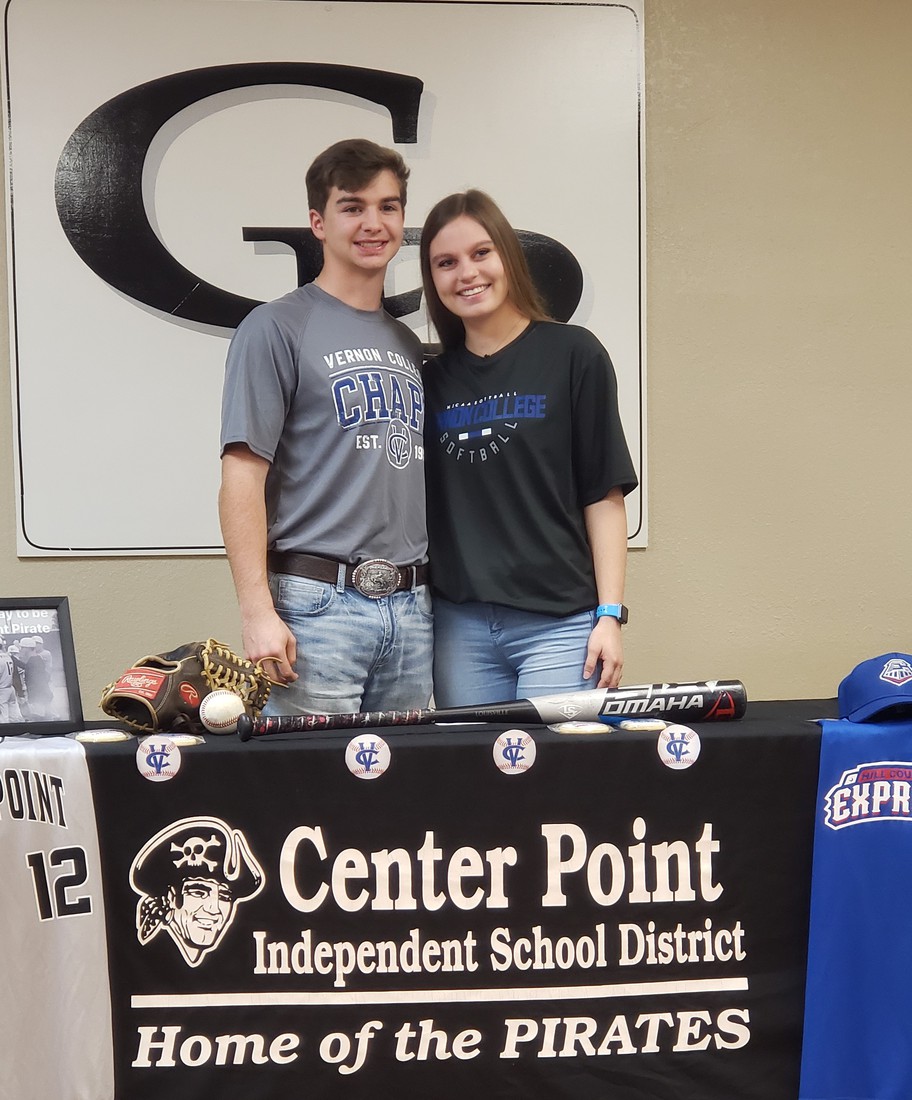 Lexi Mills is a Senior here at Center Point High School. She signed to play softball for Vernon College on November 14, 2019. She’s been playing softball for 10 years. The signing happened in the High School gym here at CPISD, as a recognition of all her hard work. She chose Vernon college because she thought that’s the place where she's going to succeed the most, and it was where she felt she was most comfortable and where she would fit in the easiest. “It took a lot of long nights and early mornings, reps, dedication, and hard work,” said Lexi. She received an award for a 1st team all-district 3 years in high school and was selected 2019 offensive MVP for her select team. 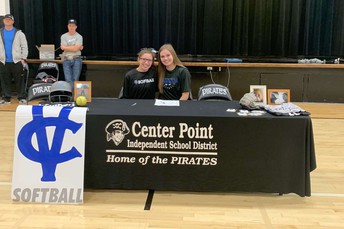 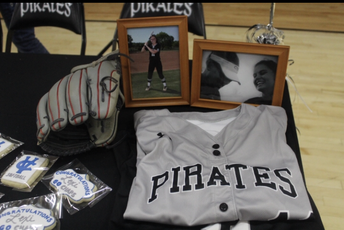 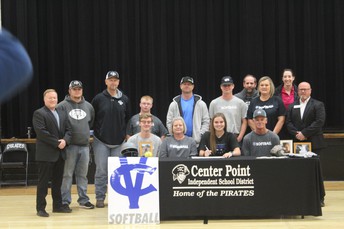 Austin Hander is a Senior at Center Point High School. He recently signed to play baseball at Vernon College on February 10, 2020. The signing happened at the board room here at CPISD, as a recognition of his hard work and great honor. He picked to sign with Vernon college because of it's small town that feels like Center Point, but also because of the friendly coaches and their goal to make him a better person and player. He's been playing baseball since he was 3 years old and throughout all these years all his hard work, dedication to better his swing, glove work, and arm strength got him where he's at today. He received an award for 1st team all district 1st base, 1st team all district 3rd base, and a silver slugger award for having the highest batting average on his high school team in the 2019 season. 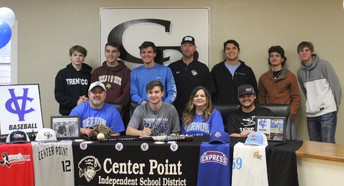 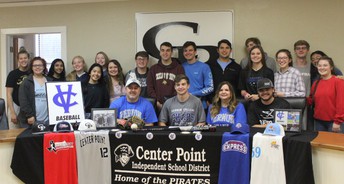 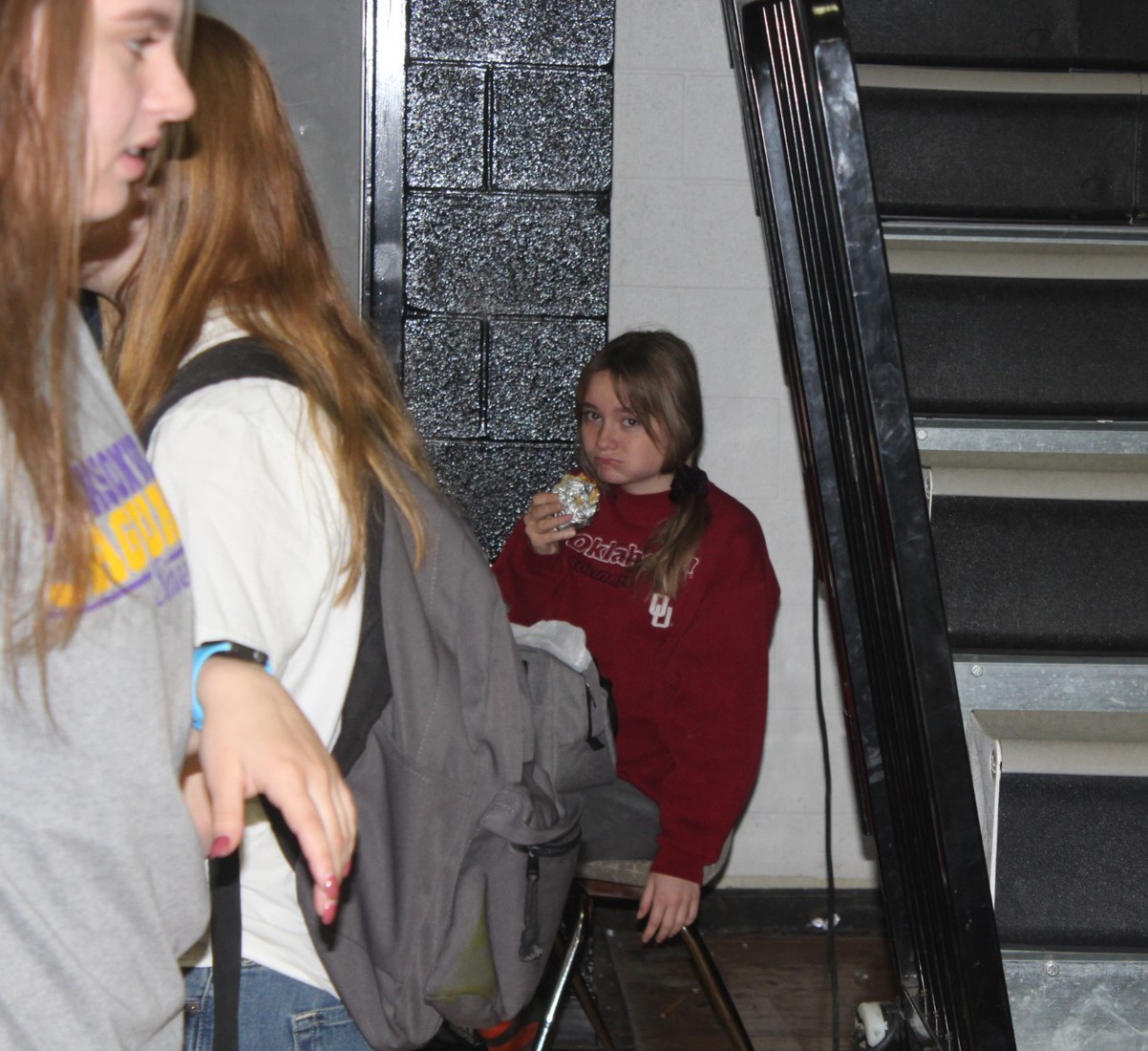 Ravyn is a Senior and has been on the yearbook staff for 3 years. Ravyn has grown in her knowledge and skills for the yearbook these last 3 years. She has learned two different yearbook publishing programs and mastered them both. Working with her has been absolutely wonderful, she has such great ideas that help our books become awesome. I will miss having her with me next year. She plans on going to Texas State college and I wish her all the luck in the world. I know she is destined to do great things. 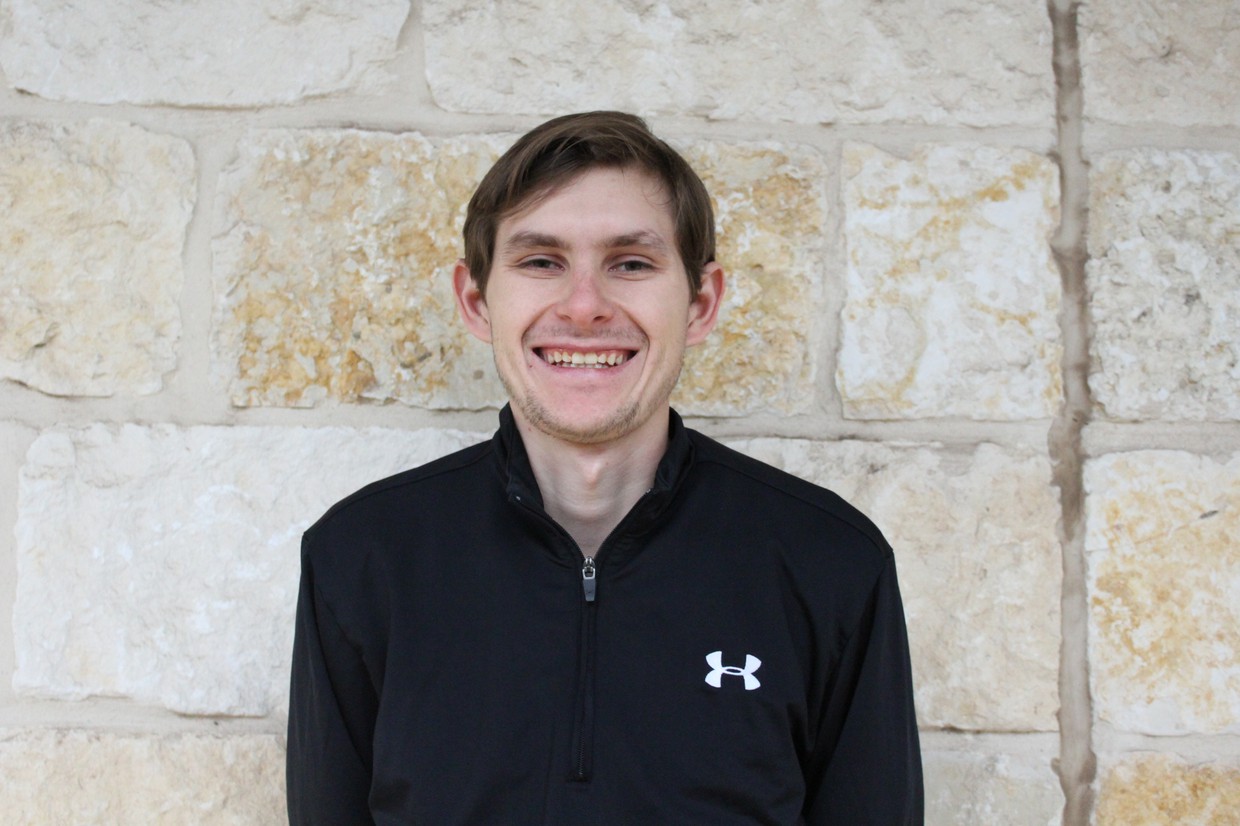 Shea Seip is a Special Ed aide in the Functional Living Unit (FLU), and he helps Coach King with Junior High Boys Basketball. He joined our staff this school year. He graduated from Fredericksburg High school and attended college at University of Mary-Hardin Baylor. This is his first year working at the school. He wants to help educate the future of the children. Outside of school, he wants to travel around the world.

Your Pirates played their best game of the year against Mason, however they ended up losing a close battle 62-56. Mason opened up a 7 point lead at the end of the first and the Pirates battled back from several double digit Mason leads to close the gap to 2 points with 30 seconds left. Mason sank all four free throws as the Pirates fouled to get the ball back.

High scorers were Cade Crawley with 16, Kolby Vincent and Joseph Carmouche each had 12, and Kolten Kitchens had 8 points.

JV basketball boys lost in a tough battle against Mason 41-33. All 5 starters scored and Christian Martinez lead the way with 18 points.

The middle school Pirates closed out the season against Mason. The three teams battled, but fell short. The opening act lost 16-2 with Mason Burlew providing the scoring. The 7th grade dropped a heartbreaker, 17-16. Jose Gallegos led the way with 12. The 8th grade fell 29-11 to end the season. Clayton Thomas and Rene Rodriguez led the scoring with four apiece. 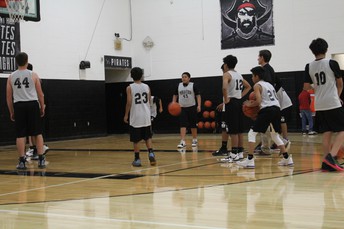 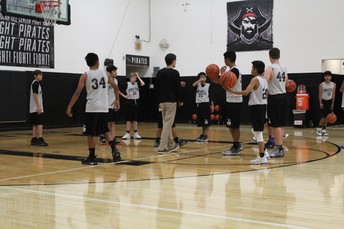 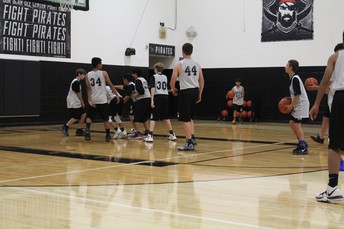 February 3rd the JH girls hosted the San Saba Lady Dillos. The B team lost a hard fought game to their 7th grade team. Gracie Geurin was the lone scorer with 2 pts. The Pirate's A team took an early lead with a 3 pt shot from Jazmin Gonzales. San Saba answered with a 2 pointer. Jazmin scored 2 more to close out the first quarter where the pirates trailed 5 to 7. This was the last time the Pirates were behind. Blakely Fain scored 2 pts in the second quarter and the Pirates amazing defensive efforts held the Dillos scoreless in the 2nd quarter. up 7-6 at the half, the Lady Pirates continued their sing defensive game to out score the Dillos 5-4 in both the 3rd and 4th quarters. A clutch 3 pointer from Bianca Bustamante sealed the fate of the Dillos with a minute left to play. The Pirates were able to get a steal and run out the clock by running their stale play to perfection. Coach Whittle is so proud of how much both teams have grown. 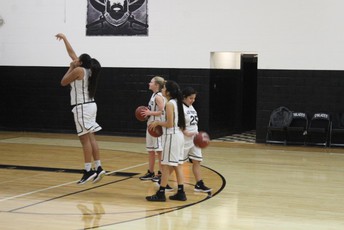 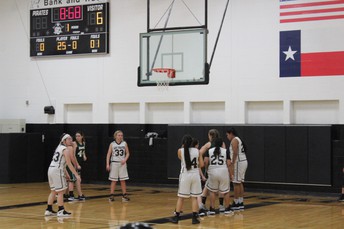 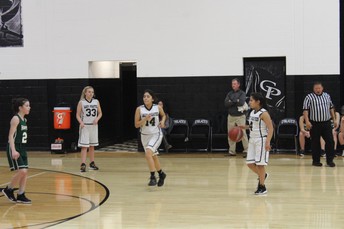 Pirate Powerlifting traveled to Somerset last Friday to compete in the Bulldog Invitational. There were 26 schools in attendance, and almost 600 lifters competed. Both our Boys and Girls brought home 1st place trophies. Our freshman also brought home the gold. We had 20 out of 26 medals at this meet.

Coach Laque and Rubio are very proud of you all. 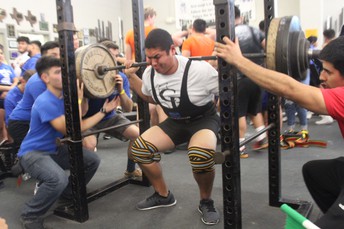 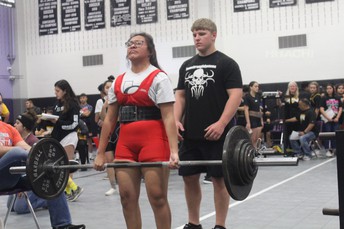 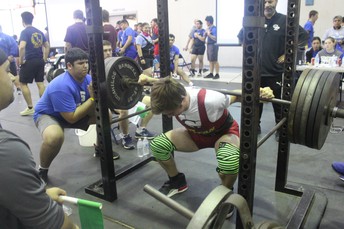 On February 3rd The Kindergarten class celebrated 100 days of school. Mollee & Zoey Cooley enjoyed celebrating this day by dressing up with their teacher Ms. Avalos. This is a great way to encourage the students in their counting skills. 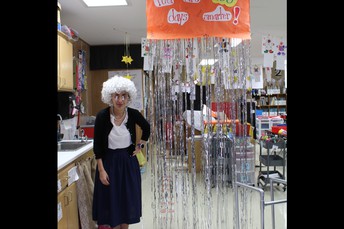 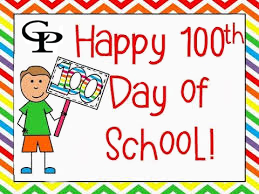 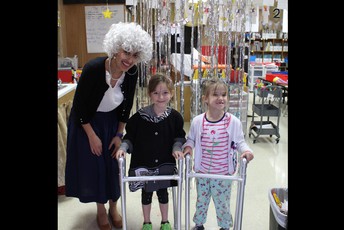 Cheerleading takes a lot of hard work and effort. I've been a proud Center Point Cheerleader for almost 4 years now! Cheerleading is so much more than what people think. We’re more than just a team. We’re a family! I love the bonds and friendships I've made and continue making in cheer. It's the best! My favorite part about being a cheerleader is having little kids look up to you. Sometimes outside of school I'll be out and about and a little kid will know that i'm a cheerleader and run up to me to give me a hug. It's the best feeling knowing that little kids look up to you and see you as their role model.

I would like to thank Coach Mary Evans, assistant Coach Kammi Wilson and my cheer squad for making this another great year.

Cheer tryouts are coming up soon! Tryout clinics will start February 23rd! And tryouts will be on the 26th @5:00pm 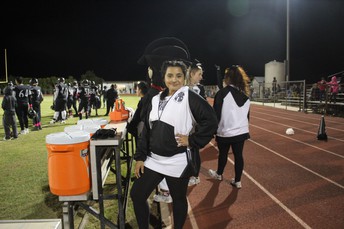 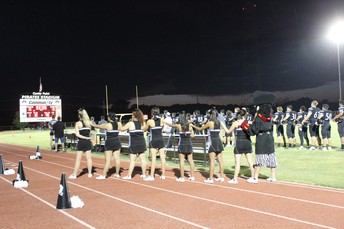 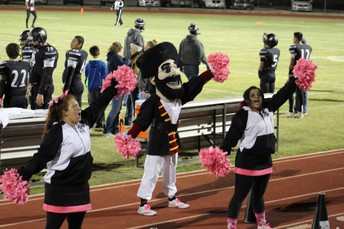 So…..if you’re reading this then you might have already spiraled down the app TikTok or you just plain out have no friends . TikTok not tictak or takitaki. It’s just TikTok! It’s an app where you can literally go viral for anything.Where you can post a video about being in the ghetto and say ‘’ratata’’ really loud while there’s loud popping noises in the background or how you kind find a magical box and travel through decades. Either way anything can happen on this app. You can gain a massive following in literally 24 hours. People originally recognized TikTok as the app for weird kids and to be honest it was for the weird kids back in December of 2018 when everybody was lip syncing to a song about going to the club and you dressed up as a man with very bushy eyebrows but now it’s full of clout chasers and posers. It’s very hard to find originality on the app and good “Content” , but it’s always great to go on the app. It’s really cool to see how an app that was literally hated by almost everyone, has almost everyone on the app. It’s very easy to find a lot of posers, but it's very easy to find Non-controversial people and comedians.

Here are some local TikTokers: 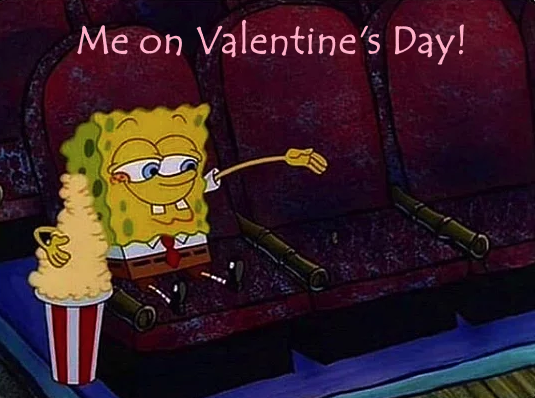