Frank Lloyd Wright was born in Richland Center, Wisconsin on June 8, 1867. He grew up with great interest in the Wisconsin landscape he explored. His family moved frequently during his childhood. After high school, Wright attended the University of Wisconsin. To pay for his tuition he assisted architect Joseph Silsbee with the construction of the Unity Chapel. This added to his interest of becoming an architect. Wright ended up dropping out of school to work for him.

Wright was an architect for a living who mostly designed private homes, but some buildings. He was praised for his use of the landscape in his homes. Wright had a unique style of architecture which he later called organic architecture. This included open interior spaces, emphasized natural beauty, and used only available materials.

His first home, called the Frank Lloyd house and studio, is considered his first architectural masterpiece. One of his most famous buildings in America is the Fallingwater in Pennsylvania. His fame from other nations came from his buildings, including the Imperial Hotel in Tokyo. His fame in America mostly came from his new innovative way of designing homes. Although it is not one of his most famous homes, the Kraus House here in Kirkwood, MO is one that some might recognize. It is open for tours and gives a good perspective of what his other homes were like.

Frank Lloyd Wright is widely considered as the greatest architect of the 20th century, and the greatest American architect of all time. In the 1920's his popularization of a new style of modern homes gave him recognition around America. His style spread to other parts of the world when he started to not only design homes, but buildings in different countries. In his long career Wright designed more than 1,100 buildings. His innovation in the 1920's paved the way for other architects and a new form of homes for Americans. 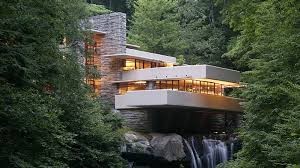