Hosted By Tactical Accuracy and Precision

Hosted By Tactical Accuracy and Precision

This is an introductory course into long range shooting that will teach shooters the fundamentals of shooting at distances up to 600 yards and beyond. The course will have valuable information for both hunters and tactical shooters that will include:

· Rifle w/Scope (Caliber and Quality to shoot over 600yds)

· Seasonally Appropriate Clothing (We will shoot regardless of weather conditions)

We are a custom rifle manufacturer located in Boonville, Missouri that specializes in making precision tactical and hunting rifles for extreme use. We will also be hosting a variety of training specialist throughout the upcoming year on various subjects including long range shooting, advanced pistol classes, and advanced rifle classes. You can contact us any time by phone or email if you have a class you are interested in, or need rifle work done.

Justin joined the Marine Corps in June of 2004. Was stationed at Camp Pendleton with 2nd Battalion 1st Marine Regiment. In 2005 he was deployed to Iraq as a grenadier to take part in Operation Steel Curtain. After returning from deployment in 2006 he joined Scout Snipers. Justin was then deployed Three times as a Sniper; in 2007 with the 31st Marine Expeditionary Unit to Southeast Asia, in 2009 to Iraq and in 2010 to Afghanistan. Justin was Honorably Discharged in 2012. 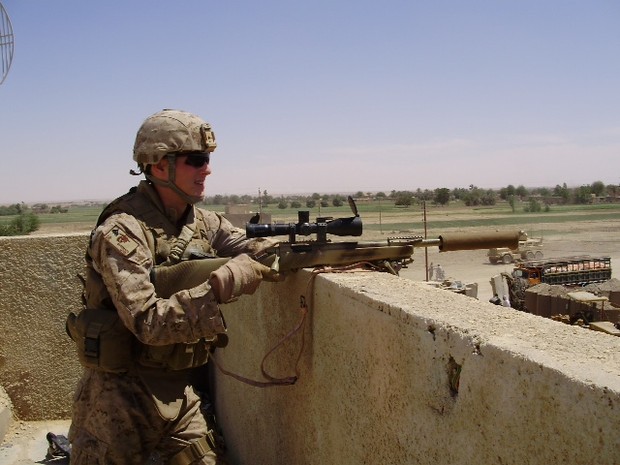 Wade Thompson served with 2nd Reconnaissance BN USMC, Camp Lejeune, NC. He received two Meritorious Masts for leadership while attending schools. Currently Wade works as an Independent contractor in the protection field. Working both force protection overseas and executive protection in the States. Working with BPI/executive protection he has been involved with both the USSS and FBI protection teams on events while protecting high profile clients. Working with Nexus consulting he has protected military cargo while in transit to war zones overseas. He is a CSAT tactical pistol instructor. He also runs a small custom rifle shop specializing in bolt action and long range rifles. He received some of his training in rifle building from Bench Rest hall of fame shooter Thomas "Speedy" Gonzales. He has attended several classes through the NRA in building highly accurate rifles.