Mark Your Calendars with Upcoming Events

The Ed Fund is busy preparing for our upcoming Spring Fundraiser and are looking forward to celebrating Beckman’s diverse population! Please save the date, Friday, May 12th, for the “Passport to Diversity” silent auction fundraiser. Spend an evening under the stars mingling with parents, teachers and Beckman administrators, watching our student groups perform, having dinner, and donating to your student’s academic experience at Beckman! Be on the lookout for your invitation soon. For more information, or to donate an item to the auction, please contact Beckman Ed Fund at beckmanedfund@gmail.com.
Get Directions

Wish Your Student a Happy Birthday on the BHS Marquee

For $25 you can have a birthday wish displayed on the Beckman Marquee. All proceeds go directly to PTO and benefit students in need. 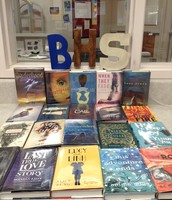 These new books are all thanks to a generous donation from the Tustin Public Schools Foundation so come into the library and check one out! 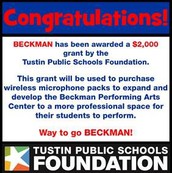 TPSF Awards $2000 to the Art Department for purchase of wireless microphone packs for upcoming musicals. 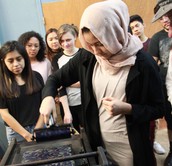 Four Beckman seniors signed their letter of intent to participate in athletics after their time here at Beckman.

From Left to Right: 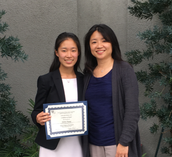 February Young Woman of the Month 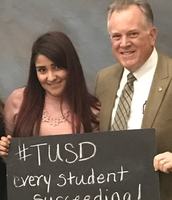 “The Crucible,” performed at Arnold O. Beckman High School, is a compelling look at two dark times in American history – the Salem witch trials and the Red Scare.

Beckman High’s production tells the story of the witch trials but sets the story in the 1950s. It opens with a group of young girls who are caught ritualistically dancing in the woods. Ultimately, the girls try to draw attention away from their own wrongdoing by accusing certain women in the village of being witches. Among them is Elizabeth Proctor, who is accused by Abigail Williams, who wants to get rid of Elizabeth so she can take her place as John’s wife. More...

Students flocked to the quad to sign up for clubs. Students have access to more than 80 clubs on campus!

The Alliance for Young Artists & Writers annually honors students for artistic and literary talent through its National Scholastic Art & Writing Awards. Winners from Orange County are part of the West Art Region-at-Large.

Lilian Pan: painting, “A Trip or A Trip”

Lilian Pan: drawing and illustration, “A Trip to the Post Office”

Kevin Wu: painting, “Magic Is Hanging in the Air”