Kris is using Smore newsletters to spread the word online.

Get email updates from Kris:

Extra! Extra! Read All About It!

Thank you to all who contributed to this Winter issue. We welcome all students, K-5, to submit an article or illustration. We also love when parents and community members send us content, too! 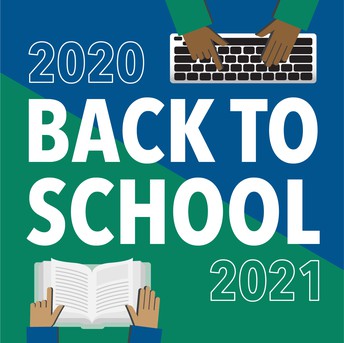 School was opening up and I want to go but it is a hard decision. My vote is all for it. Is it so hard for a kid to go to school? I don’t know. It is cozy at my house, but I want friends!

It's a day later… my parents said I am allowed to go! I am excited, but what is school going to be like? I have no idea. Now it is 3 months later. I am writing this now and school is fun. I am in Mrs. Sendlock's class, F-26, in 4th grade. 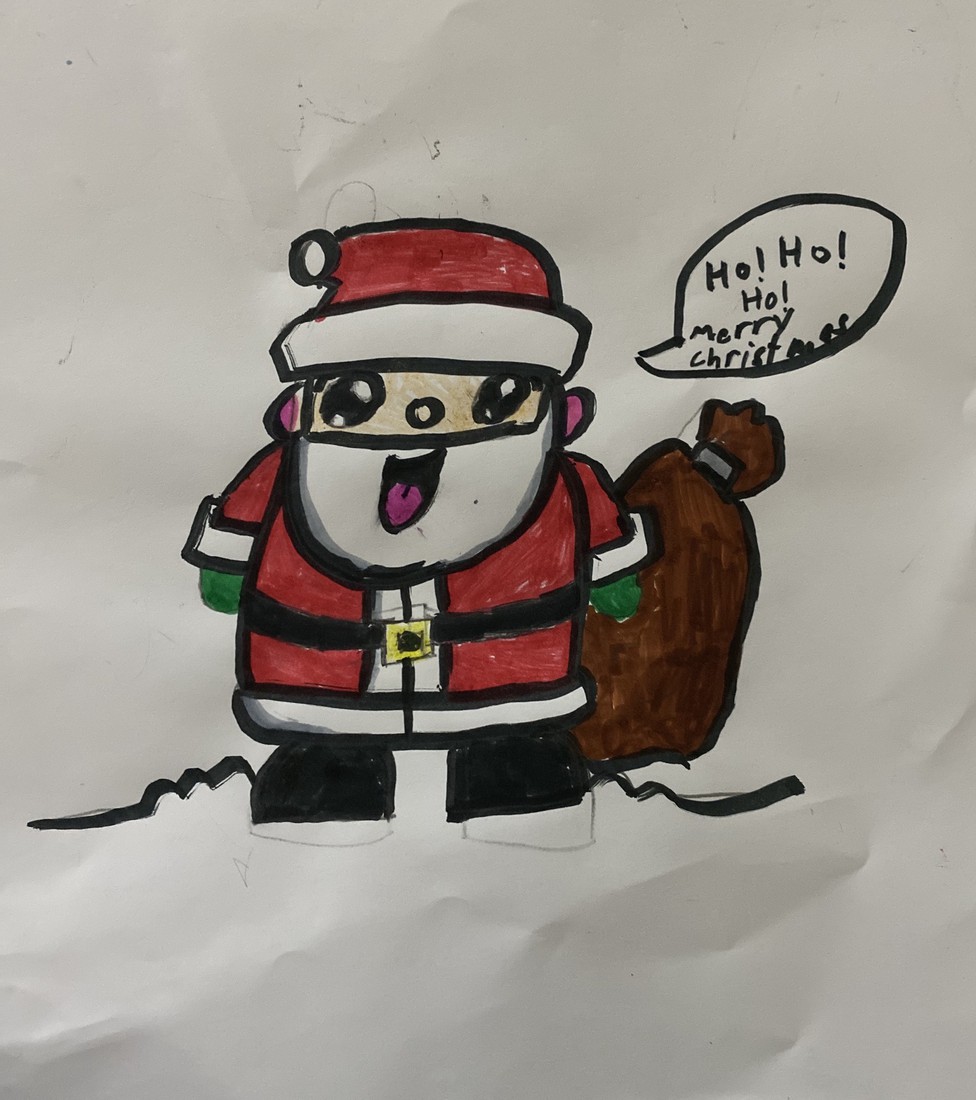 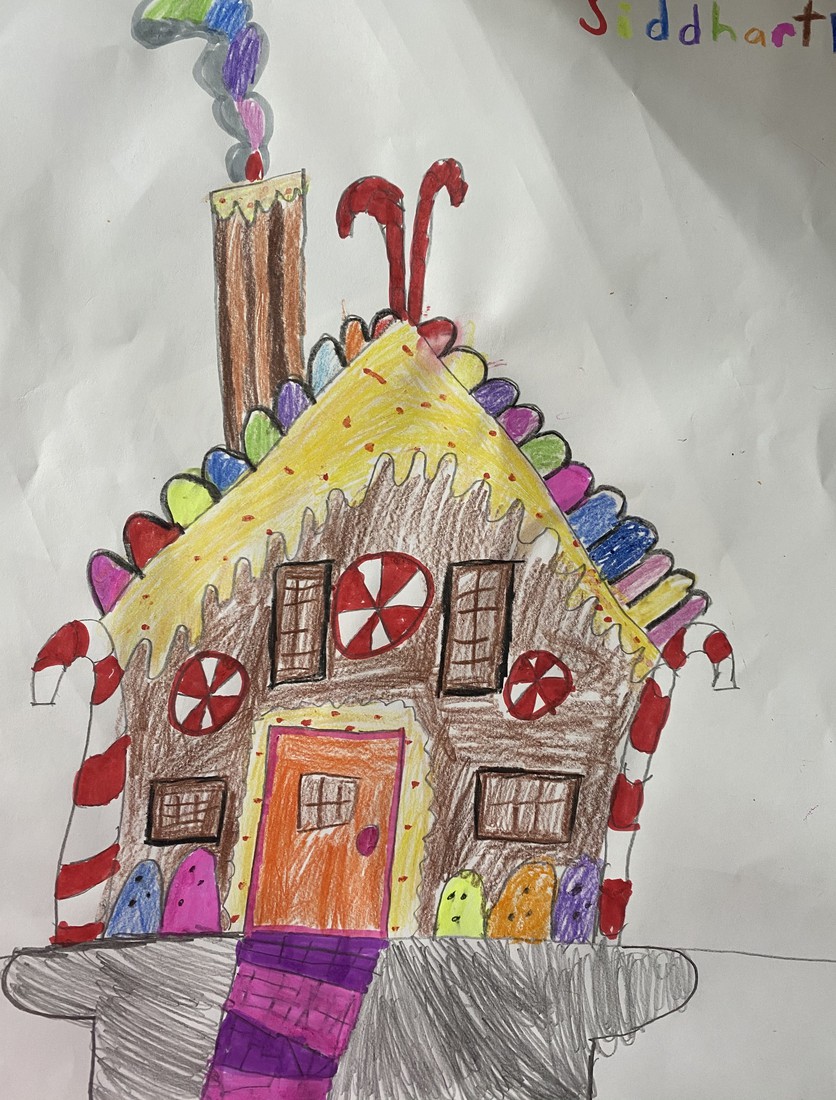 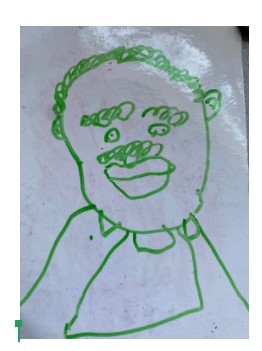 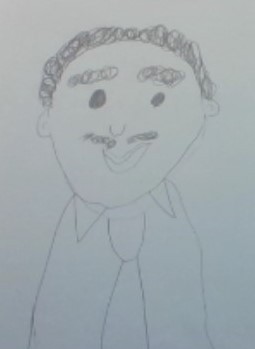 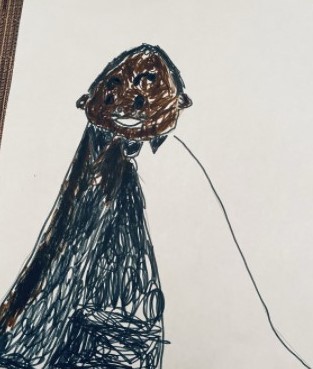 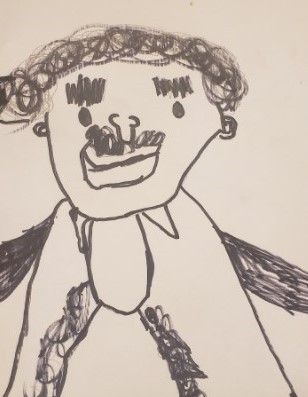 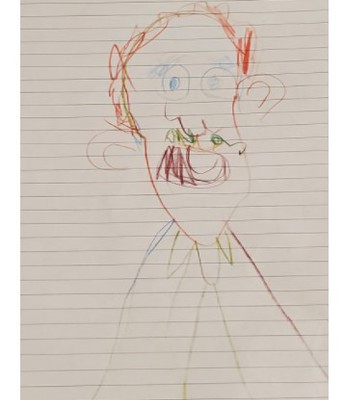 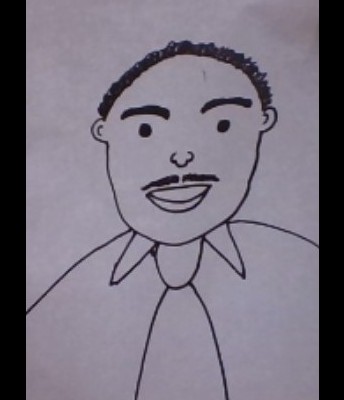 ER students sure have been ‘SPARK’ling in SPARK this year. As we wrap up the first half of the school year, our ‘SPARK’fabulous students sure have been busy learning all about engineering, coding, matter, force, simple machines, the design process, and hands-on and virtual STEM projects. It doesn’t matter if our students are learning through hybrid or all virtual, our kiddos were ‘SPARK’errific! Here are just a few of our ‘SPARK’alicious ‘SPARK’ies! 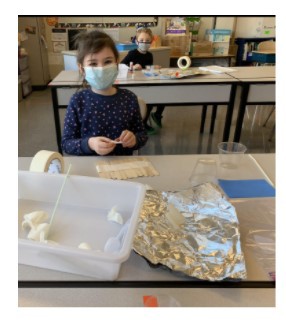 Designing and building their own boat

that will float and keep a message dry. 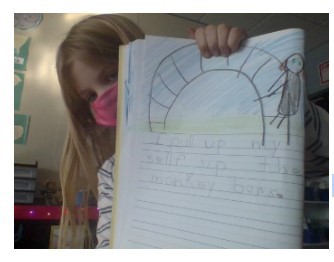 Drawing examples of pushes and pulls (forces) that you see outside. 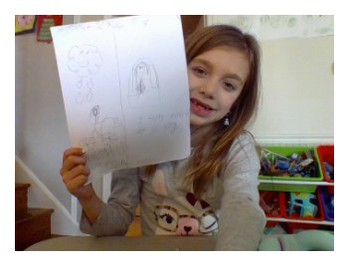 that you see outside. 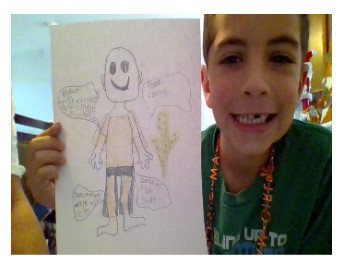 Designing a world traveler for our Adaptations and Environment Research 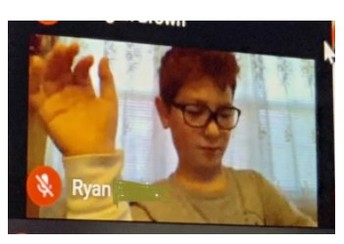 raising his hand to volunteer! 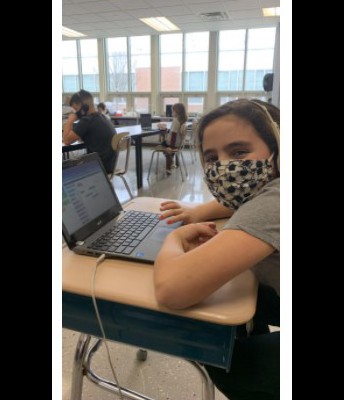 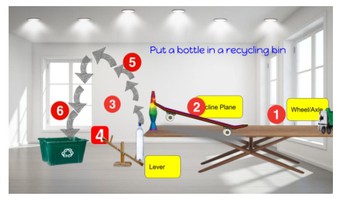 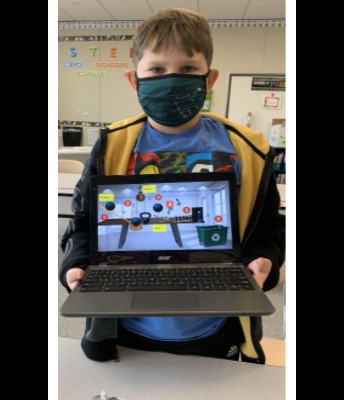 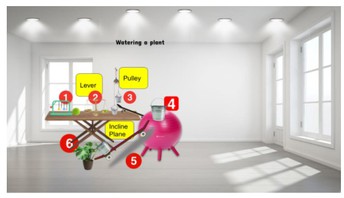 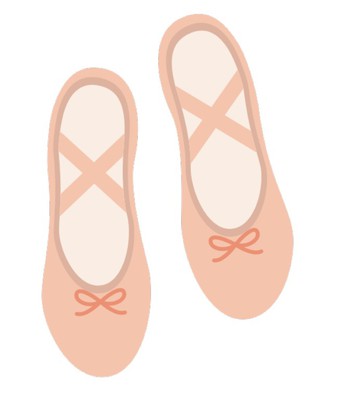 The World of Dance: Alien Invasion

This is not your typical dance story. It is a story about the alien dance invasion.

She was practicing for a solo in the next couple of weeks, so she was at the dance studio practicing. Something very weird happened! A giant ship landed on the dance studio and almost broke the window, luckily it didn’t. It almost crashed on the whole studio and ruined it. Emily went outside to see if it was actually a spaceship or not. When she went outside she realized it wasn't a spaceship, it was an alien ship! Emily was so confused that she climbed up a ladder onto the roof. She still had her jazz shoes on and you won't believe what she saw. She saw this alien on the roof just coming out of its ship. The alien was wearing dance shoes just like her and a tutu! She almost fainted! She thought she was in a dream so she called her dance teacher. She was rubbing her eyes until the dance teacher came, it wasn't a dream!

When the dance teacher finally got up to the roof, she gasped and almost fainted just like Emily almost did. The alien said hello and they realized the alien was a friendly alien. The alien looked at Emily's shoes and said, “Are you a dancer too?” Emily said, “yes I am a dancer. I have a recital in two weeks if you want to come. My name is Emily, what is yours?” “My name is Rose,” said the alien ballerina. “I just got down to Earth five minutes ago. I came down with my little brother, Jack. He's an alien too. We're from the planet Saturn. We live in a tiny house made out of slime. My bed and covers and pillow are all made out of slime. Almost everything we own is made out of slime except for us. We have lots of dance moves on Saturn like The Saturn Sachet, The Mars Move, The Pluto Plie’, and so much more.”

“I have an idea,” gasped Emily. The idea that Emily had was that Rose would dance in the recital with her. “That is such a great idea!” said Rose. Rose and Emily learned and practiced dancing all week. Finally the recital was here! Everyone was putting on their makeup and getting their costumes on. Emily and Rose danced so beautifully! They put together a dance with human and alien dance moves. At the end everyone was throwing roses and daisies and so many other flowers at Rose and Emily. The audience clapped as loud as elephants on a safari. “Great job” said Rose! “You too Emily!” They stayed best friends and wrote each other letters from Earth to Saturn. The end.

Ten Little Chickens
(This is Ms. Brown's exemplar for her students)

One fell asleep and then there were nine.

One never made it and then there were eight.

Eight little chickens were playing with their friend Kevin

One got tired and then there were seven.

Seven little chickens were eating a lot of Twix

One got a belly ache and then there were six.

One got stung and then there were five.

One got locked outside and then there were four.

One fell down and then there were three.

One got scared and then there were two.

One got lost and then there was one.

One little chicken was making a cinnamon bun

He got trapped in the oven and now there are none.

musiclab.chromeexperiments.com
Check out this song created with Song Maker. 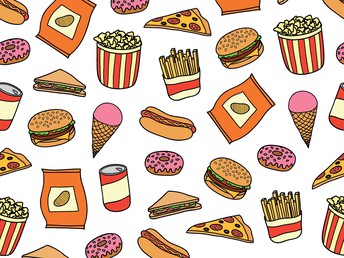 “Should processed snacks be served in school cafeterias?”

*This is a question from our "Storyworks" magazine.

Well, I have two opinions. My first one is no they should not because it can make kids not feel so great or want to eat it every single day! Which is not very good because kids need a lot of protein not junk food.

But my second opinion is yes they should. Sometimes it’s okay to have junk food (but not too much.) And I feel like it’s not up to the school to decide what children eat except for their children. And by me saying that I think that they should have both options in the cafeteria. Or just say that if you get something junky you have to buy something good too.

Virtual Valentine’s Day parties were held on February 12th and the entire school participated in our Community Service Learning project. This is something we've been doing for ten years. We just wanted to let you know that we received enough donations to assemble 600 breakfast bags. That is 100 more than our goal! Please share our extreme thanks to your classes. We appreciate getting the cards that students made during the parties to go in the bags. Students were invited to make more than one card, and we gladly welcomed them. Thank you for your generosity. 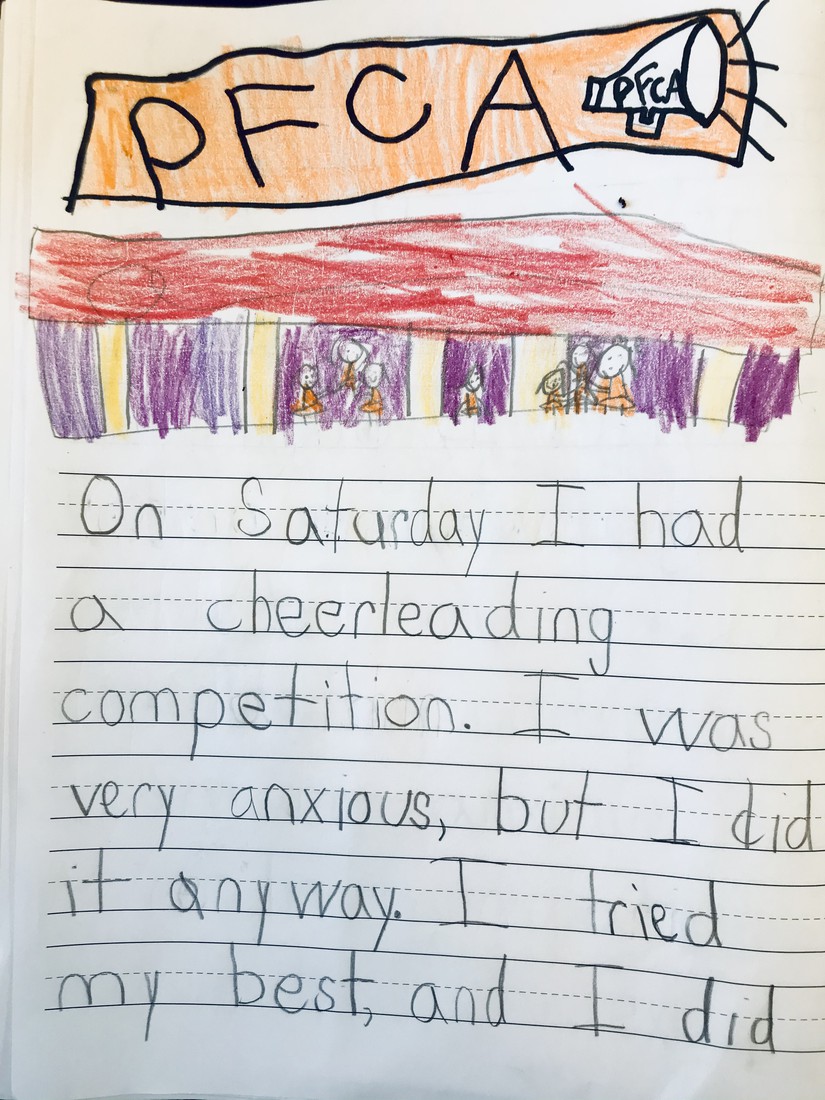 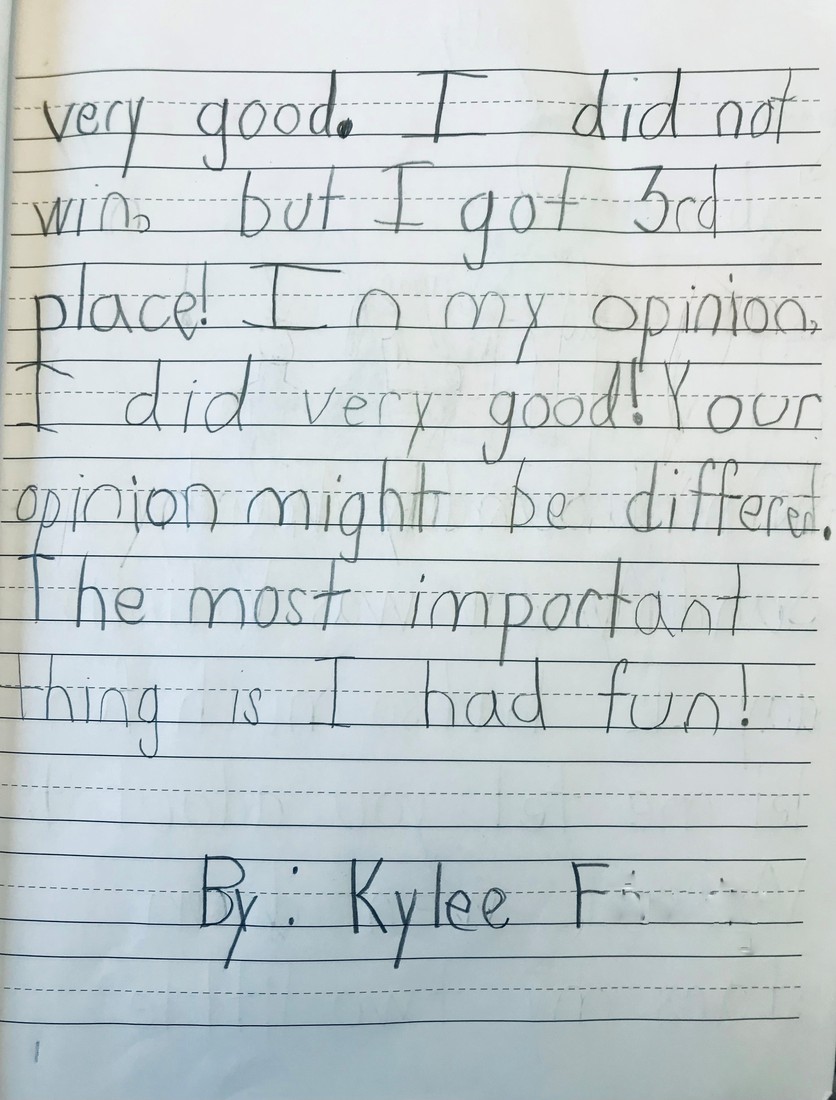 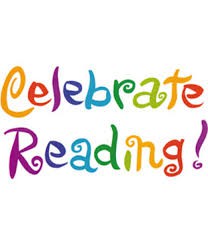 The BEST thing About Reading together

February was Family Reading Month....and what a celebration it was! This year Mrs. Myles asked students to complete a survey after submitting their February Reading calendar. Here are some of the wonderful comments about reading together that families shared:

Naomi A. in 5th Grade wrote, "With things so "abnormal" due to the pandemic, making sure to take time to read together daily helped us recapture a treasured routine that had fallen by the wayside."

James J. in 3rd Grade wrote, "We were able to spend much meaningful time at nighttime by reading books all together.

Thomas H. in 2nd Grade wrote, "We really enjoyed talking about the story at dinner and thinking about what was going to happen next."

Nevaeh W. in 4th wrote, "We would take turns reading and have fun doing it."

Wyatt T. in K wrote, "I got to spend time with my family."

Everyone who participated will get a certificate and pencil. The real prize of course is reading with your family. Congratulations to the following winners drawn in this year’s raffle. Your awards will be arranged in the coming weeks:

Virtual lunch with the principal - 19

Principal for the day - 2

Feature Article in the Falcon Flyer - 4

Contributors to This Issue

Kris is using Smore newsletters to spread the word online.

Follow Kris Bria
Contact Kris Bria
Embed code is for website/blog and not email. To embed your newsletter in a Mass Notification System, click HERE to see how or reach out to support@smore.com
Powered by Smore
Powered by Smore