Where to put our Headquarters?

Where to put our Headquarters?

This metropolitan area is very well known for having been the home to some of the first American car companies. It is located in Southeastern Michigan and is made up of the city of Detroit and it's surrounding suburbs. This area also borders the Great lakes which offers many fun activities. It is a good area for a manufacturing plant because of it's large population, high amount of educated people, easy distribution, and economic growth rating.

This metro area is one of the biggest in the United States and is still growing. The city was built on oil and Cotton Farming but it is now moving towards the service industry. It is located in North-Eastern Texas and is made up of Dallas and it's surrounding suburbs. I think this would be a good place to put a clothing manufacturing plant because of it's large population, high amount of educated people, easy product distribution, high GDP growth rating, and it's nearby natural resources relevant to making clothing. 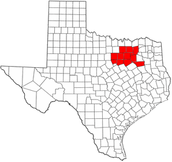 I sincerely hope that we as a company choose the Dallas metro area as the area for which we put our headquarters. Thank you so much for reading my presentation!