The device that runs the world

The device that runs the world 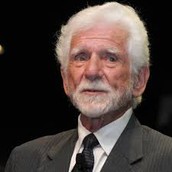 Martin Cooper invented it on the 3rd of April, 1973

The first "brick" cell phone cost $4,000 but now the cost of a cell phone has dropped significantly as you can now get a Samsung Galaxy S7 cost $670 USD

Martin Cooper with the first cell phone ever invented

Phones later progressed into smaller, more compact flip phones that were able to be flipped up and used

Samsung Galaxy S7 is pictured
Cell phones have been used for over 40 years and they're not going anywhere anytime soon, they will always be evolving and changing for the better in what they are capable and what their functions can or cant do

-Around 80% of the worlds population has a cell phone