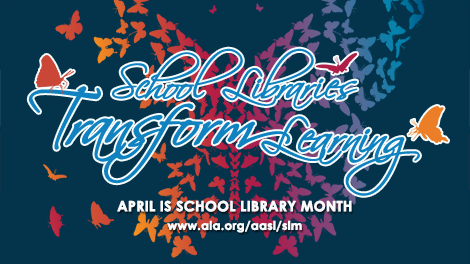 Thanks to the 200 students and staff members who participated in our 3rd Quarter Reading Challenge. We read just over 260,000 pages during the 3rd quarter!

The totals for each grade level are:

The top readers for each grade level are:

All participants have been recognized on a poster outside of the library, and grade level winners received a special prize.

The 4th Quarter Reading Challenge is on!

All Fork Shoals students have received their reading logs for the 4th quarter. Students should read as many pages as possible between now and May 20th. Reading logs MUST be turned in no later than Wednesday, May 25th. We’ll have prizes for those who read the most in each grade level, and every participant will receive recognition.

See the nominees for the 2016-2017 Picture, Children's, and Junior Book Awards when you visit the Fork Shoals Library blog! 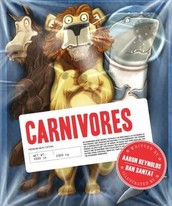 Book of the Week: Carnivores

Carnivores, written by Aaron Reynolds and illustrated by Dan Santat, was a nominee for the 2015-2016 South Carolina Picture Book Award.

It's not easy being at the top of the food chain. Lions, sharks, and wolves may seem like ferocious carnivores, but they have feelings, too. They want to be liked by their neighbors, but it's hard to make friends when their neighbors are so delicious.

Sometimes, all a lonely animal can do is embrace what makes them who they are...and find a few friends just like them.

Carnivores would be a great addition to elementary studies of animals. It's a fun book about carnivores, and it could inspire some young readers to write their own books about animals' eating habits. The pictures in Carnivores are hilarious, the narrative is equally funny, and these two elements combine to create a laugh-out-loud experience that readers of all ages will enjoy.

FYI, any readers who liked the sharks in Finding Nemo will be delighted by Carnivores.

We are looking forward to the Spring Spectacular on Friday, April 29th, from 4-8pm. Watch class folders, emails, the school website, and the school Facebook page for details. Volunteers are needed for each of the games. Sign up for a time using Sign Up Genius. The Sign Up Genius is also on our website. It will be a fun time for all!