Cluster is using Smore newsletters to spread the word online.

Get email updates from Cluster: 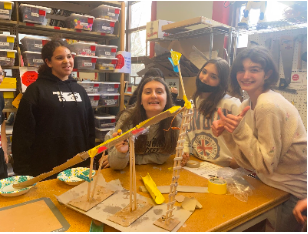 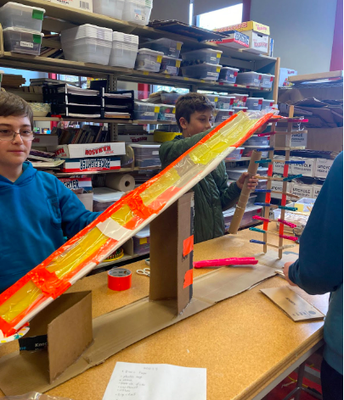 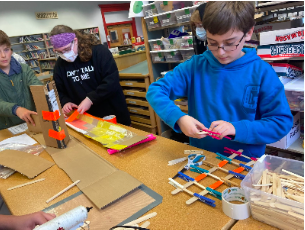 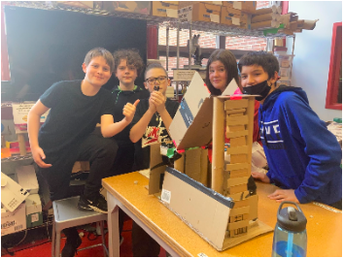 To translate this newsletter, click on it then use the link to the right. (English

MATH MCAS will be on Thursday, May 19th & Friday 19th. Please ensure students get a good night rest. Additionally it is very important that chromebooks are fully charged for the MCAS. Thank you for your help!

Classes are in the middle of researching, writing about their chosen topics (whaling, zoos, fast food/junk food or screen time), and practicing the same skills that we worked on with our full class argument essay. It is time for them to show what they know with the following skills:

This week in math we did some more practice with solving equations that involve more complex steps. Next week we will start thinking about using inequality symbols and graphing inequalities on number lines. We also made connections to the hanger models and compared how hanger models can be used to model and solve inequalities. We will also start to prepare for Math MCAS coming up in a few weeks on May 19th and 20th!

Solve word problems leading to inequalities of the form px + q > r or px + q < r, where p, q, and r are specific rational numbers. Graph the solution set of the inequality and interpret it in the context of the problem. For example: As a salesperson, you are paid $50 per week plus $3 per sale. This week you want your pay to be at least $100. Write an inequality for the number of sales you need to make, and describe the solutions.

Students will understand that…

7.MS-PS3-6. Explain how thermal energy is transferred out of hotter regions or objects and into colder ones by convection, conduction and radiation.

7.MS-PS3-3. Apply scientific principles of energy and heat transfer to design, construct, and test a device to minimize or maximize thermal energy transfer.

7.MS-PS3-4. Determine the relationships among the energy transferred, how well the type of matter retains or radiates heat, the mass, and the change in the average kinetic energy of the particles as measured by the temperature of the sample.]

Just before vacation we finished up our Silk Road Journals (which came out awesome!) and started our next unit on Government and Leadership. We started out by considering three possible approaches to handling discipline in a school, each approach loosely following the principles of three Chinese philosophies: Confucianism, Daoism, and Legalism. This week we’ve continued studying these three philosophies and their ideas about how to run a stable and orderly society. Each day, I’ve run class in a slightly different way to demonstrate the basic teachings of these philosophies. When we learned about Confucianism, students worked in groups with the oldest student leading. For Daoism, students could choose how they wanted to complete the notes, using whatever method worked best for them. Finally, for Legalism, we had strict rules with “harsh” punishments and rewards for good behavior. (Students enjoyed this day the most.) We’ve also been talking about how these three philosophies show up in our culture and in modern times. We’ll continue this discussion as we learn about Emperor Qin and consider whether or not he was an effective ruler.

* I can describe the fundamental teachings of three Chinese philosophies: Confucianism, Daoism, and Legalism

This week in Resource students continued looking into what it means to advocate. Students have practiced meeting with teachers individually to ask for support, and have drafted emails to express their concerns. Students also review positive test-taking strategies in preparation for MCAS

Check out what is happening in Specials 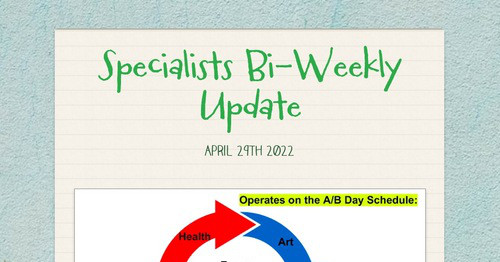 www.smore.com
6th grade: This course introduces students to a middle school mindset in art. It teaches students how to think and draw through the artistic process of brainstorming ideas, sketching, refining those ideas, reflecting on the work that's being created in progress, assessing the direction to continue forward with, and ultimately creating a unique and polished piece of final work.

Cluster is using Smore newsletters to spread the word online.

Follow Cluster Three
Contact Cluster Three
Embed code is for website/blog and not email. To embed your newsletter in a Mass Notification System, click HERE to see how or reach out to support@smore.com
close