In scene 4, Romeo, Mercutio, and Benvolio are all on their way to the Capulet's party. Romeo is sad, and him and Mercutio talk on why he is unhappy. Romeo tells Mercutio of the dream that he had. Mercutio then tries to cheer Romeo up by telling him that dreams are fake, and that people's dreams fit their life. (For example a soldier dreams about the battlefield). However, Romeo believes dreams are real. He then tells Mercutio that he dreamed that something bad would happen at the party. After the discussion, Benvolio refocuses the attention of both Romeo and Mercutio to the party. Romeo says then that whatever happens at the party, will ultimately determine his fate. 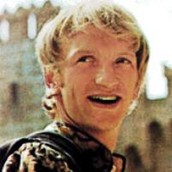 This is the song that represents act one scene four, because the song is about the artists dreaming about what they want. In the scene, Romeo tells Mercutio he had a dream about the party, and this is why he was unhappy. Mercutio tells him that dreams are fake, and that people dream about what they want, and what specifically "fits" their life. So in the song, the Everly Brothers sing that they dream about a girl that they like. Mercutio says that dreams are "fit" for everyone, and the Everly Brothers are dreaming about a girl, because they want to be with this girl.

Follow Nathan Danville
Contact Nathan Danville
Embed code is for website/blog and not email. To embed your newsletter in a Mass Notification System, click HERE to see how or reach out to support@smore.com