abraham is using Smore newsletters to spread the word online.

Get email updates from abraham:

some interesting pictures and fact about sparta

A Greek chariot was a light weight vehicle, Which usually had two wheels in the back, Had no front wheels, often carried by two standing people w/ a whip in hand used to whip people who where in there way or to whip the horse so that it would go faster, horses back then could not handle them whipping them so most died

When Greek people Where in battle they were armed w/ a long spear,short sword, a circular bronze shield, a bronze helmet w/ inner padding, Bronze chest plating, Greaves for the legs and arms, and finally ankle guards and wrist guards, later during the war they figured out that for greater mobility they created a light weight armor, but in the process they weakened the armor. 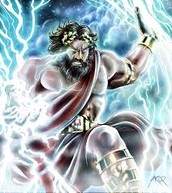 "Zeus" The God of lightning

Zeus was the king Olympian Gods, and the supreme deity in Greek religion often know as the Father, "The God of Thunder", and "The Cloud gather." He controlled the weather, offered signs and omens and humanity in his seat high in Mt. Olympus. 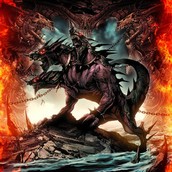 Hercules and the twelve Labors

Famed for his great strength and endurance, the only god who won his place in Mt. Olympus, After he completed his five labors which were to kill The Nemean Lion which was a lion w/ the hide impervious to weapons, and so Hercules strangled it w/ his bare hands Secondly kill the Lernaian hydra a fire breathing monster w/ the head of a lion, a body of many snakes, of which he tried cutting off the heads of the snakes, But they kept growing back so he lit the heads on fire and which eventually burned the hydra to death. third he had to capture the Keryneian hind which had golden horns, he eventually captured it after a one year chase after the beast, forth to capture the Erymanthian Boar a Huge Boar the size of a cyclops, In which he captures by exhausting it, then capturing it, and then tying its feet together, and carry it to Mycenae, and cutting its head off and offering it to the king means it has been plaguing the territory for over twenty-five years. fifth was to clear the Augean stables which is when Hercules had to save a near by city that was being threatened by a stamped of plagued animals so he ran at them with everything he had and charged full on at them sending them away, His sixth task was to kill the stymphalian birds. So Hercules used brass castanets or clappers to startle the birds into flight, allowing him to shoot them down, Hercules seventh task was to kill the Cretan Bull, a Destructive bull, of which Hercules killed by slicing it through the heart, and the cutting its horns off. Hercules eighth task was to Mares of Diomedes Which he captured by chasing it For two years, eighteen hours, sixteen minutes and forty-two seconds. Hercules ninth task was to steal the girdle of hippolyta who was the amazon queen but was captured but still secured the girdle for Eurysthues. The tenth task that Hercules had to perform was to capture The cattle of Geryones which was guarded by a formidable Trio of : Three Bodied Geryones; a Orthros- A dog w/ two heads and a serpents tail, and a herdsman Eurytion, in which he shot it Through the heart w/ poison arrows, Two in the heart, One in the eye, another in the stomach, and lastly cut off its tail. Hercules Eleventh labor Was to take the Apples of the Hesperides In which Hercules Had To battle A Hera A fierce one- Hundred headed Dragon, Then He came across Prometheus who was tied to rock so Hercules freed him and in return Prometheus would get the apples as long as he supported the heavens on his shoulders. Hercules twelfth labor was to capture Kerberos A ferocious three headed dog who guarded the gates to the underworld, so Hercules came up w/ a clever plan he gives the dog sleeping powder from the gods to put it in a deep sleep and then tie ropes around it like you would do a horse and then when it woke rode it up Mycenae.

A three headed dog that guarded the entrance to the underworld, he also had the tail of a serpent, and a mane of snakes, and claws of a lion.

A flying- horse that was pure white, was tamed by Zeus and was given to Hercules as a birthday present and to help him in his quest to become a god again.

A hybrid monster that had the head and body of a lion, as well as the head of a goat that was attached to its back, and a tail that ended with a head of a snake. 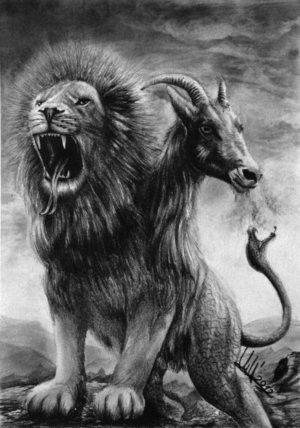 one of the four pillars that separated the heavens and the earth, 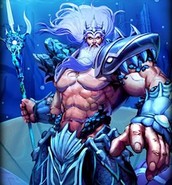 The god of the sea and the protector of all aquatic creatures and features, ended up becoming lord of the sea, Poseidon created the first horse, his weapon was the trident with which he could shake the earth.

abraham is using Smore newsletters to spread the word online.