Heroes and Epic of Today

Heroes and Epic of Today 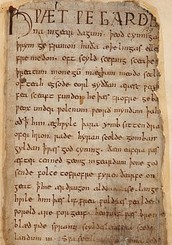 An epic is a long narrative poem, often based on a hero's deed, or historical events. The Epic poems are often passed down through oral tradition. Qualities that are in epic poems are kenning, and alliterations. An example of a kenning is from Beowulf on page 52, line 324 " Could not scratch his skin, for that sin-stained demon, had bewitched all men's weapons . . ." Also on page 50, line 239 " . . .Toward that gold-shining hall." A example of a alliteration in the text is "Herot trembled, wonderfully built to withstand the blows, the struggling Great bodies beating at its beautiful walls. . ." page 52, line 293. On page 54 starting on line 389 the poem talks about how old soldiers will be able to sing stories of ancient hero's, and that Beowulf's victories will be sung. This part states that the storys will be told (sung) to future generations.

Jaws the movie could be defined as a modern epic. In the movie Jaws the shark has super(human) qualities, it decants into the underworld, and has an immense action through out the whole movie. The shark in the movie is a great-white shark, one of the biggest, and baddest sharks around at the time. It is though that the shark is supernatural, because of its power, strength, and agility through the water. Also because it killing rate through the movie. A scene in Jaws which depicts the quality the supernatural is when the shark sinks the Aurora, a mid sized fishing boat. Another scene that the shark dipicts supernatural power is the scene when the shark takes the 3 floater's (the barrels) underwater with it. It's thought to be supernatural because it shows how strong the shark is, and everyone is astonished of the sharks power.

The underworld in this movie is represented by the ocean. The water is the unknown, and it is not a land-goers natural environment. So the ocean is a hellish place in the movie, that everyone starts to fear. The devil is the rogue shark in the movie. The shark could be compared to Grendel's Mother in Beowulf. 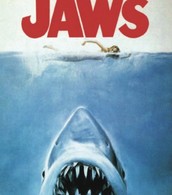 The shark takes down The Aurora 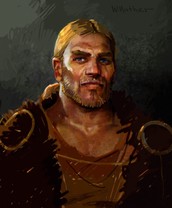 Beowulf as a Epic Hero

Beowulf is the Epic Hero in this story. He has most, if not all of the qualities of an Epic Hero. Beowulf is of noble birth, his uncle Hygelac is the king of the Geats. Beowulf has a kinship to go help the Danes in there time of need.

Another quality of an Epic Hero is having courage. Beowulf represents this on page 57 line 450 " He leaped into the lake, would not wait for anyone's answer; the heaving water covered him over. For hours he sank through the waves." He represents courage in this by presenting superhuman powers by holding his breath for an extreme amount of time. He also doesn't wait for anyones help, he just dives right into the lake.

Actions that determine the fate of a nation, is the final quality that Beowulf portrays in this poem. He faces all three monsters (Grendel, Grendel's Mother, & the Dragon) and has to defeat all of them to save King Hrothgar, and the Danes. This determined that fate of the Danes, whether they would live in fear, or live in tranquility. An example of this from the poem is on page 63 to 65 when Beowulf fights and defeats the dragon, with Wiglaf.

Superheroes today have some of the same ideals as the heroes that lived in ancient times. Three heroes that have a resemblance to Beowulf are Superman, Batman, and Thor.
Superman is one of the heroes that I chose because he is one of the most powerful heroes out there. He is super strong, super quick, he can fly, he has laser vision, and a plethora of other supernatural powers. The only thing that can stop him (his weakness) is kryptonite. Kryptonite is a crystal from superman's home planet. This relates him to an epic hero, because epic heroes cannot be immortal. An epic hero must be able to die.
Batman is another superhero that I have chosen. He was born in Gotham City into a wealthy family, and raised to believe in justice. His parents died in a shooting in a alley and he received the wealth, and the family business. Through the process of aging, and figuring out himself, he decides to become a vigilante and end crime in Gotham. He relates to Beowulf because of his courage. Batman single-handedly takes on Gotham, just as Beowulf single-handedly took on all three monsters. Batman's only weakness is fearing that the people he loves will get into trouble, because of his identity.
Thor is the final hero that I have chosen. Thor is the god of thunder, he carries around a hammer named Mjollnir. Mjollnir gives Thor the power to fly, super strength, power over thunder, and lighting. The hammer is what gives Thor supernatural abilities. This hammer is the source of all of his power, without it he is just a normal man. This is Thors weakness, not having the hammer.

We are fascinated by hero's because they have powers that we could only imagine to have. We are attracted to these heroes because we imagine ourselves as them, and it takes us out of reality, and into there (the heroes) world were everything is good, and in order. Nobody has the ability to fly, shoot lasers out of there eyes, or super strength, but these heroes in comic books, or epic poems do. This is why we are so fascinated by them, because we could never have the power that they do. 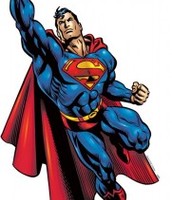 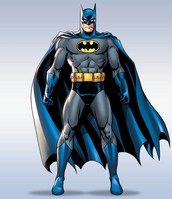 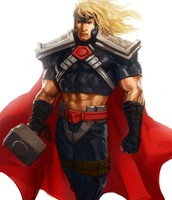