Khadiya is using Smore newsletters to spread the word online.

Get email updates from Khadiya:

unsightly?smelly?unsanitary?pollutants leaching into the soil, water supply?just plain ol GROSS ?animals consuming bad things - poison, undigestible, etc...?animals suffering - like getting trapped in soda pack rings, fishing line growing around thier necks and into their skin, etc...? litter travels in the wind , in the air WE BREATHE ...Nobody deserves to live and deal with that , Join the resoultion, prevent living in a world like that

Pitt committed himself to helping rebuild New Orleans in the wake of devastating Hurricane Katrina.

She made international news when she was issued an arrest warrant in Japan after protesting against whale and dolphin hunting in that country. She was subsequently given a a Genesis Award by the Humane Society for her efforts. A few months later, she was back in action on behalf of animals, donating the clothes off her back to raise money and awareness for the Save the Whales Again Campaign. She's also been snapped by the paparazzi carrying reusable grocery bags-to her SUV, though, proving she still has some green lessons to learn. 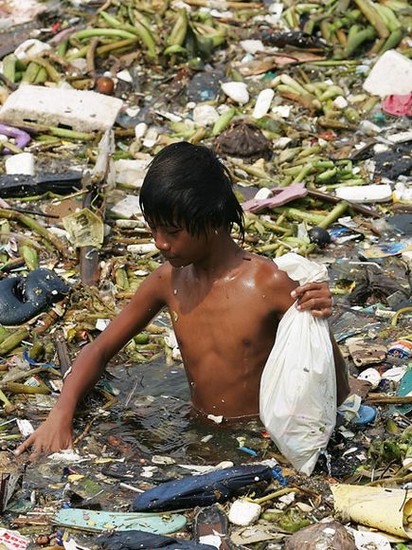 Shall we bring out the fact about pollution ?

- People who live in places with high levels of air pollutants have a 20% higher risk of death from lung cancer than people who live in less-polluted areas. While smokers make up 85-90% of lung cancer cases, up to 15,000 nonsmokers die in the U.S. from lung cancer.-Fourteen billion pounds of garbage, mostly plastic, is dumped into the ocean every year.-Pollution is one of the biggest global killers, affecting over 100 million people. That’s comparable to global diseases like malaria and HIV.-Over 1 million seabirds and 100,000 sea mammals are killed by pollution every year.-Each year 1.2 trillion gallons of untreated sewage, stormwater, and industrial waste are dumped into U.S. water.-

- Recycling and composting prevented 85 million tons of material away from being disposed of in 2010, up from 18 million tons in 1980... As the years go on , recycling becomes less important.

Pollution (Land, Air and Water Pollution)
We all love earth , so why not truely love it .. when you love something you take care of it cherish it , protect it , try your best to preserve it . It feels good to know your doing something goo.It's a win win , for you , the animals , our water supply and OUR ENVIRIONMENT . why not ? Join the resoultion

Everyday people just like you want to make a difference ...

If you see pollution don't just sit , because what you see is what you get ... Come on what are you waiting for ? ! The movement start with ....

Khadiya is using Smore newsletters to spread the word online.

Follow Khadiya Gilwater
Contact Khadiya Gilwater
Embed code is for website/blog and not email. To embed your newsletter in a Mass Notification System, click HERE to see how or reach out to support@smore.com
close