Get email updates from timmy: 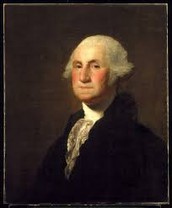 The battle of trenton was a big battle in ameirican history.It took place on December 25 1776.The British was not expecting the patriots to attack.The patriots did a sneak attack.George Washington led the battle and it was a big part in history.

pictures of the Battle of Trenton

Follow timmy mchugh
Contact timmy mchugh
Embed code is for website/blog and not email. To embed your newsletter in your email, click HERE to see how or reach out to support@smore.com