With the industrial revolution booming in America brought way for the birth of new weapons on the battlefield who no one thought would be used to kill fellow Americans. The Civil wars fighting tactics would soon be sought to be changed to hault the death rate from the outdated tactics matching up with new weapons of war.

Union soldiers pose for a picture with there new machine gun 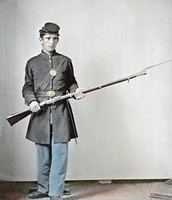 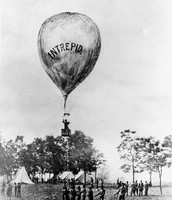