McKynley is using Smore newsletters to spread the word online.

Get email updates from McKynley: 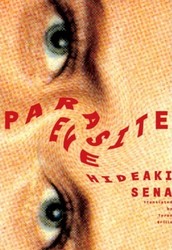 Parasite Eve follows the story of Nagashima Toshiaki, a man who removes his wife's liver after Kiyomi dies in a car accident, only to unleash a terrifying mutation of mitochondria after he attempts to cultivate her cells. One of Kiyomi's kidneys is donated to Anzai Mariko, a young girl who suffers from severe kidney complications, and, as Nagashima begins to realize the true horror that exists in his wife's cells, Anzai's own body slowly begins to change as the mitochondria in the donated kidney starts to invade every part of her.

Nagashima Toshiaki is a researcher at the School of Pharmaceutical Sciences in Tokyo, and specifically works with mitochondria and the mutations thereof. He and his wife, Kiyomi, were married for three years before she crashed into a telephone pole shortly before her birthday, sending her into a coma, and eventually, brain death, leaving Nagashima with no choice but to allow her to die. However, he requests that her liver be given to him so that he may perform experiments on it, and, after the extraction of Kiyomi's kidneys to be donated, his request is granted.

Nagashima Kiyomi was the wife of Nagashima Toshiaki, and unknowingly hosted a highly intelligent form of mitochondria in her cells, mitochondria that caused her to kill herself so that the mitochondria could find a new host in another body.

Anzai Mariko has been undergoing dialysis treatment for the part three years, and, after the failure of the first transplant, Anzai receives one of Kiyomi's kidneys. However, no one knows that the mitochondria that possessed Kiyomi's body wanted it to happen, and that the main goal of the mitochondria is to produce offspring in order for it's power to continue. The mitochondria slowly but surely change the structure of Anzai's body until she becomes what it wants: an incubator for the mitochondrian offspring. 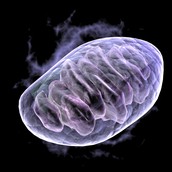 The entire book revolves around the idea of mitochondria becoming powerful enough to take over and control an unwilling human being, as what happens with Kiyomi and, eventually, Anzai.

This book also utilizes the fact that each living woman can trace, through their ancestors, all the way back to one woman, who is commonly known as 'Mitochondria Eve.' The mitochondria in Parasite Eve claim to be from that woman, meaning that they have been around from (literally) the beginning of the human race.

Normal cell divide fairly slowly. However, Kiyomi's liver and kidney cells multiply rapidly, at a rate that is comparable to cancerous tissue cells, quickly outnumbering the original cells in the host's body.

McKynley is using Smore newsletters to spread the word online.