News from your North Beach PTA

News from your North Beach PTA

A Note from Our Principal

I enjoy watching “Finding Your Roots with Henry Louis Gates, Jr.” on PBS. The stories he shares are not just interesting family stories; they are fascinating because they show how individual families’ stories intertwine with important historical events and social movements. I was recently inspired to do a little digging into my own family’s history. Members of my family were in Washington when it was still part of Oregon Territory in the 1850s. While looking for information on my family, I came across some historical facts I was previously unaware of. Oregon was granted admission to the United States in 1859 and is the only state with language in its constitution that excluded African Americans from moving to the state, having the right to vote, own real estate, or access the legal system. While the 14th Amendment to the U.S. Constitution legally superseded the state constitution, the exclusionary clause remained until 1926, and the racist language was not officially struck from the Oregon constitution until 2002. Additionally, the 2002 measure removing the offending language was opposed by almost thirty percent of those who voted.

Growing up as a student in local public schools, I was taught about the Civil War and very little about the Civil Rights Movement of the 50’s and 60’s. The concept of racism as an issue the country needed to address was never brought up; I learned racism was an issue in the South, not the North. It wasn’t until a few years ago I learned how discriminatory housing policies and overt racism led to a flood that wiped out Vanport, at the time the second largest city in Oregon. Vanport was in what is now Delta Park, across the Columbia River from Washington State.

We do a disservice to students if they are not allowed access to a full, accurate history of our country. As a student, I was never given the opportunity to learn about events like the Vanport flood, or the Anti-Chinese Riots in 1886 that stemmed from virulent racism in the Pacific Northwest.

Likewise, we do a disservice to our students by not allowing them to grapple with difficult issues in an age-appropriate manner. Students have a lot of questions they ask adults, including teachers, in their lives, and that includes why so many people have been protesting over the last year. The COVID pandemic has unmasked ongoing disparities that exist due to systemic racism. The CDC reports that people of color with a wide variety of backgrounds and experiences are at increased risk of developing complications and dying from COVID-19. The COVID crisis has also contributed to the ongoing divisiveness we hear about on the news or experience firsthand. Last week in his inaugural address, President Biden focused on a message of unity in addressing the issues that face our country. He is the first president to mention white supremacy in his inaugural address, and it has not been without controversy. Just as President Biden’s decision to mention white supremacy has been criticized by many, the recognition of Black Lives Matter at School remains a contentious issue.

Our commitment at North Beach is to ensure all students, families, and caregivers feel valued, feel heard, feel respected. We welcome everyone through our doors (or onscreen), and want to instill that feeling through our curriculum, class activities, in our hallways and on the playground.

In accordance with the School Board’s resolution on January 27 that reads in part “Throughout our nation’s history, systems of oppression and injustice have led to deepening racial disparities and racism across all sectors of society and have lasting negative consequences for our communities, cities and nation”, North Beach will be participating along with schools around the district in Black Lives Matter at School Week next week, February 1-5. Your child’s teacher will be sending home information on what to expect in their classroom.

If you have any questions, please feel free to contact me. I wish you a safe and healthy weekend,

We will be hosting one more online Open House for new families.

Information is on the school's website. If you know of someone who is interested, have them email Carolyn at cmhostetler@seattleschools.org for the link to the meeting. 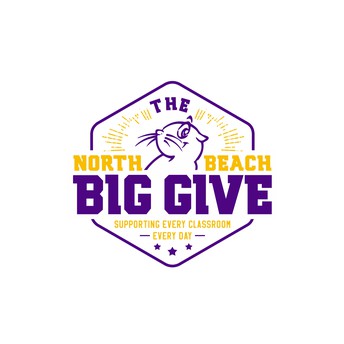 The BIG GIVE Begins on Monday!

Monday, 2/1 begins the North Beach Elementary PTA’s direct giving fundraiser, The Big Give. This is the main fundraiser for our PTA this year and it impacts our students and our classrooms. The Big Give helps fund the school counselor, instructional support, library resources, classroom technology, and Classroom Mini-Grants that support our students. These programs and staff positions would not exist without community support. For more information about The Big Give and PTA funding click here.

This year, The Big Give has two main goals:

Please consider donating to The Big Give. Your donations impact our students at North Beach.

Donations may be made via Konstella by clicking here or by mailing a check to:

ATTN: PTA and The Big Give

Please join us for our monthly PTA meeting on Tuesday, February 2 at 6:30 p.m.

**Dial-in Information is listed on Konstella**

“We would like to acknowledge that North Beach Elementary rests on the traditional land of the Coast Salish peoples, specifically the Duwamish, Stillaquamish and Suquamish Peoples, past and present. We honor with gratitude the land itself and the Coast Salish tribes.”

Make your voice heard! The NBE PTA provides advocacy and funding for our students. By joining the PTA you say YES to counselors, tutors, art supplies, classroom technology, library books, and more. JOIN TODAY and while you’re at it donate to the school supplies fund!

School Board Meetings are online!

Attending School Board Meetings no longer requires driving and parking downtown! The board meets for regular meetings twice a month, and special meetings throughout the month. Reopening plans, construction projects, curriculum - decisions are discussed and made. Email klabelle@gmail.com to learn more about attending a meeting to help us track what is happening. You can find out more here.

If you have been considering joining the Seattle Special Education PTSA, now is the time! Please visit their website and do it now. www.seattlespecialeducationptsa.org.

Amazon Smile: 0.5% of eligible purchases back to North Beach!

Shutterfly: 8% of Purchases come back to North Beach!

Shop for cards and photos at www.NorthBeach.ShutterflyStoreFront.com and help contribute 8% to the North Beach PTA!

Community News & Events (The programs below are not endorsed by either North Beach PTA or SPS, and are posted for informational purposes only.)

Registration Information and enrollment paperwork is available at: http://positiveplace.org/locations/childcare/Pages/northbeachchildcare.aspx

The school-aged program at Small Faces serves kindergarten through fifth grade children. At the end of the school day, a school bus takes kids to Small Faces Center where they are greeted by teachers and offered a snack before the program activities begin. Doors close at 6pm. Contact Kathy Brockman with questions and to enroll: kbrockman@smallfaces.org

Illumination Learning Studio provides After School Programs for children K-5. We provide transportation after school each day. This is an arts-focused educational program. Please visit our website for more information https://www.illuminationlearningstudio.com/.

Article submissions for this newsletter are due by 5:00pm Wednesdays. Please send articles to beachcomber@northbeachpta.org

The Beachcomber is brought to you by your North Beach Elementary PTA.
Seattle Public Schools, SPS, provides Equal Educational Opportunities and Equal Employment Opportunities and does not discriminate in any programs or activities on the basis of sex; race; creed; color; religion; ancestry; national origin; age; economic status; sexual orientation, including gender expression or identity; pregnancy; marital status; physical appearance; the presence of any sensory, mental or physical disability; honorably discharged veteran or military status; or the use of a trained dog guide or service animal. SPS also provides equal access to the Boy Scouts and other designated youth groups. 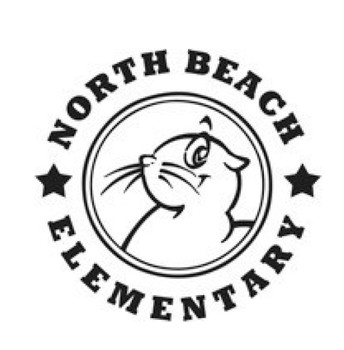