hagar is using Smore newsletters to spread the word online.

Get email updates from hagar:

What We Learned This Unit?

A huge number of verses in Qur'an and several sayings of the Prophet Muhammad indicate the great importance that has been given to environmental concerns and the responsibility of man to the environment.

In this UOI we looked through this verses and Hadiths which are talking about the environment and how we conserve it. And everything around us just takes us to the very important point "how we appreciate Allah".

Here is the link of the Surah that we memorized, it will be helpful if they listen it to review: 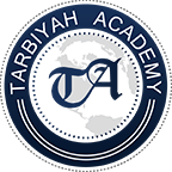 hagar is using Smore newsletters to spread the word online.