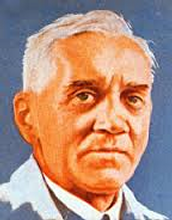 Alexander Fleming was born on a farm in Scotland in 1881, and he died in 1955. He served in the British army in World War 1. He put himself through medical school. Fleming was an English bacteriologist, and he wrote for many medical journals.

Penicillin is know as a miracle drug it was rediscovered three times before modern medicine took it seriously. Penicillin acts both by killing bacteria and by inhibiting their growth.

In 1901 Alexander Fleming enters medical school at St. Mary's hospital in London. In 1928 Fleming identifies penicillin. Only one year later in 1929 Fleming publishes his first report in penicillin's antibacterial properties.

Fleming was working as a Doctor at St. Mary's for a year but he was more interested in medicine. Fleming was in London when he recognized the importance of his findings.

In 1940 the y published results from their experiments on mice, showing, among other things, that penicillin appeared nontoxic and could combat a variety of pathogens. By 1943 penicillin was ready to be used on a large scale.