News From Your ASE Outclass Team

May 7, Skeeters Game (can redeem voucher at Constellation Field for 2 FREE tickets)

May 12, All Library Books Due

May 14, Skeeters Game (can redeem voucher at Constellation Field for 2 FREE tickets)

May 21, Skeeters Game (can redeem voucher at Constellation Field for 2 FREE tickets)

May 23, Skeeters Game (can redeem voucher at Constellation Field for 2 FREE tickets)

May 24, Librarian for the Day 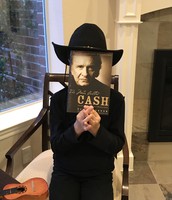 ASE steals 3rd Place in the Houston Rockets Read Nation Contest! Our students read 426,108 minutes and was the only school in FBISD to win. The contest was conducted through our library department during the month of February.

Pictured below are two of our students who also won individual honors. Vennees Tang (pictured left) was the top 5th grade student in the contest while Shriya Ramanan (4th grade) was the top overall student. 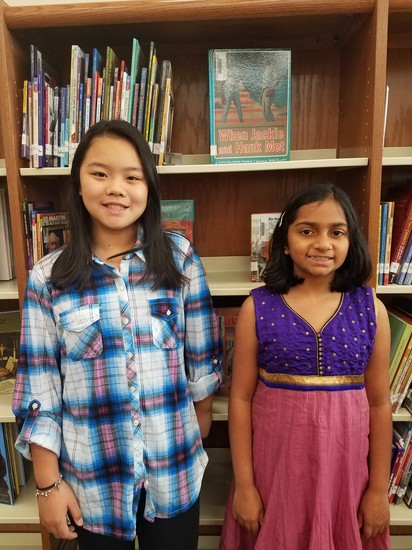 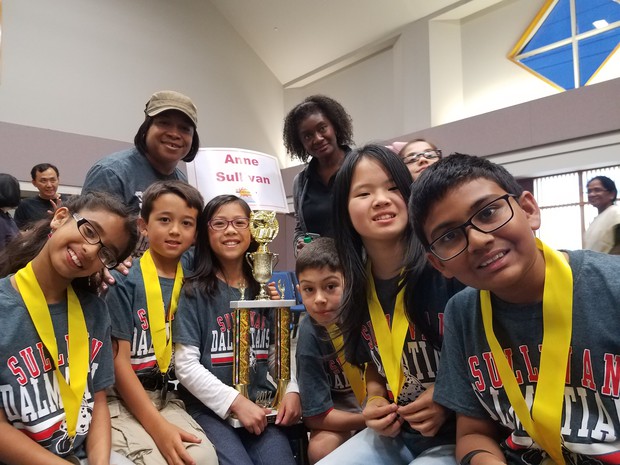 The Texas Bluebonnet Award (TBA) is a reading program established to encourage children to read more books and to explore a variety of genres. Each year, the TBA Committee selects twenty books for the Bluebonnet Master Reading List. Students are invited to read the books on the list.

To encourage participation, students statewide will be invited to vote on their favorite book in January. In addition, ASE students who read ten or more books will receive an invite to our Bluebonnet Bash in May.

The MatchBook Club is open to students in grades 3rd, 4th and 5th. The club's purpose is to promote reading and a love for books. Students will be challenged to read 35 books from the MatchBook Reading List. All twenty of the Texas Bluebonnet Reading Award titles are included on the MatchBook list.

In addition, the club also prepares students for the FBISD MatchBook! Reading Competition. The competition was held on Saturday, April 8, 2017 at the FBISD Annex. Our first club meeting will be on October 27, 2016 at 4:00 - 5:00 pm in the library.

Coding with Scratch Jr. in the library.

Exploring circuits with Makey Makey and Pac Man in the library.

Having fun after school with the MatchBook Club.

Huddle Up! News from Coach Land


We have had a fun start to 2017! Our classes started out the New Year using a program called Drum Fit. It involved an exercise ball with drumsticks and students got to drum on the ball to music. We learned many routines to music including “Auld Lang Syne” and “Can’t Stop the Feeling.” This was a fun high-energy cardiovascular workout.

We have moved on to basketball with the second through fifth grade students. We have gone through lessons for ball handling, dribbling, and shooting. We will put all the skills together in an actual game in a few weeks!

Our ASE Dalmatian Nation Running Club has started this semester. Thank you for those who signed up! We are using the Nike Kids Marathon Running Club program. Students are working towards finishing “marathons” and earning prizes! Remember we meet on Tuesday mornings at 7:30-8:00 at the Playground B door!

As always, I look forward to teaching your children every day! Please visit my staff website for information on my calendar as to when your child has indoor or outdoor PE and what I am teaching for that rotation! 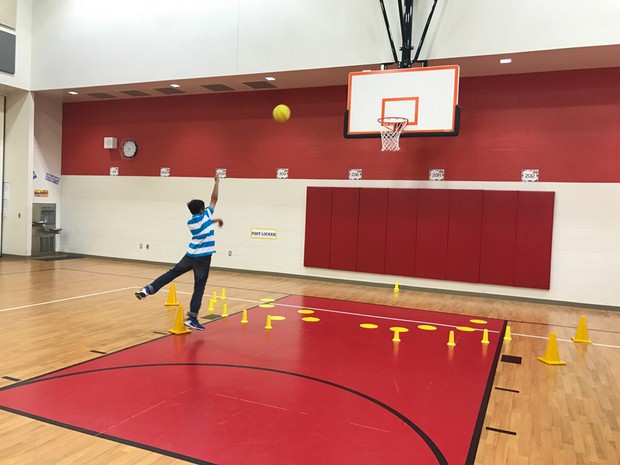 School is now in full swing and we are thriving in PE! We have also had fun with using TECHNOLOGY in our classes with various GoNoodle activities that include: Fresh Start Fitness; Indoor Recess with Movement; Yoga, and Guided Dance songs.

We began the year in January, introducing DRUMFIT to the students – they absolutely loved it; they were engaged and really enjoyed using real drum sticks on the stability ball and moving to music!

At the beginning of February, we began with our basketball unit - focusing on how to handle, bounce and catch basketballs in various ways; improving hand-eye coordination and dribbling. Student’s also loved using the wiffle ball set.

February is also American Heart Month! In class we talked about raising awareness about the heart; how the heart is the most powerful and strongest muscle in the entire body. How it works and why it is so important to do what we can to have a strong and healthy heart for life!


As students completed an obstacle course, they had a better understanding how blood and oxygen flows through the heart and how the heart muscle is always working and doesn’t get tired; it constantly beats – even when we sleep.

In Kinder, 1st and 2nd grades we continue to focus on improving our locomotor movements such as: skipping, galloping, jumping and hopping. We’ve played various games that involve using the scooters; eye-hand and foot coordination; crab soccer and various seasonal station activities.

We are also introducing new ways to warm up – one called, “Move & Stretch,” which involves locomotor movement and listening skills. We’ve also taught them how to do star jumps and burpees (& they can do them, too)! I am so proud of my little ones as they are improving each and every day; keep up the good work!

In grades 3rd, 4th and 5th we’ve continued to learn new warm up activities that involve both cardio and fitness. Students are doing a great job working through these stations independently during the duration of our warm up.

We are continuing to practice and improve on activities from the state mandated FITNESSGRAM. We are up to 55 curl ups and are increasing our laps in the (monthly) practice pacer test. We’re also continuing to work on: shoulder stretch flexibility and trunk lift. Students are focusing on doing their best and giving their best effort. If you see your child practice at home, please continue to encourage their good effort. We are seeing the improvement in class.

Keep up the good work and keep it moving!!

I am Mr. Parker your friendly neighborhood music teacher! I am soooo excited to be a part of the Sullivan Elementary team of teachers. Your children are learning many awesome things about instrumental music in my class. 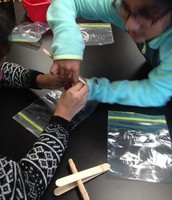 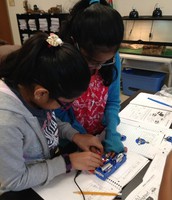 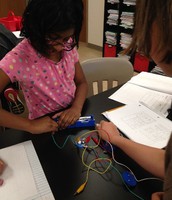 Our hands-on investigations and STEM Challenges (Science Technology Engineering Mathematics) have inspired the “scientists” within all of our students to awaken with such enthusiasm and wonderment!

All grade levels began the nine weeks working with the Texas Wildlife Association’s - Exploring Adaptations kit. Students learned about animals native to Texas. They observed skulls, pelts, quills, turkey feathers, talons, and turtle shells. We investigated how each animal’s structures enable it to protect itself, to move, and to find food.

Kindergarten continued the study of animals as they explored animal coverings and animal parts and their functions. We then used the physical properties of objects to sort materials into groups. Physical properties are the characteristics of objects that can be described using your five senses. Some examples are: color, shape, and size. We ended the nine weeks learning how to be weather watchers – we check the sky, the temperature, the wind, and the precipitation. Science is so much fun!

First Grade began the nine weeks using the physical properties of objects to sort materials into groups. We sorted by color, shape, and size like the kindergarteners but also sorted by texture, weight, and mass. We discovered that magnets can be used to push and pull objects as we helped Willy the Worm travel back and forth to his home. We practiced moving like Willy - straight line, zigzag, up and down, back and forth, and round-and-round. Did you know that a magnet has a north and a south pole?

Second Grade conducted an experiment to answer the question: Are mittens/gloves warm? We used thermometers to find the temperature of the air, of a glove, and of a glove with our hand inside. Ask your child what they learned! We also learned about seed dispersal as we tried to answer the question: How did a tree travel halfway around the world? Students made “robocopters” and acted out seeds falling from a tree.

Third Grade learned about different types of landslides including rock slides and debris flows. We constructed models of landslides and observed how they change the Earth’s surface. As we are learning, models have their limitations, but they do help us to better understand the world around us.

Fourth Grade and Fifth Grade explored physics, the study of matter and its motion, energy, and forces. We learned about famous physicists and different branches of physics. Using our knowledge of physics, we completed a STEM challenge. Using 8 small craft sticks, 2 large craft sticks, and 3 rubber bands, students constructed catapults and made adjustments to hit a variety of targets. Do you know how catapults are used today? Do you know what an energy ball is? We used them to learn about electric circuits and to test objects to determine if they are conductors or insulators. Students also worked with a partner to build circuits to light a bulb, sound a buzzer, and make a motor work. They explored different configurations including parallel and series. Science – It’s Electrifying!! 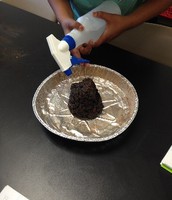 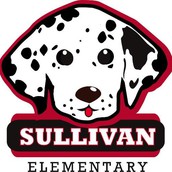