Get email updates from AIS: 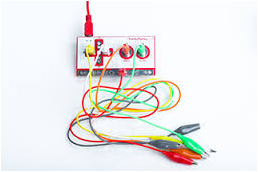 Jay Silver and Eric Rosenbaum made the Makey Makey. They were both students at MIT university in the United States.

Makey Makey is a small circuit board that turns physical objects, for example apples, oranges, bananas and more. Also, you can connect the buttons to the computer. It also creates an electrical circuit and then the electricity flows from the computer to the orange.

I will tell you about history about Makey Makey. They started making Makey Makey with the dream that everybody was an inventor. Makey Makey was invented at university called “MIT.’’ (MIT stands for "Massachusetts Institute of Technology")

The inventors wanted to have a combination of creativity, science, toy, and fun. Also, they wanted to use everyday items.

Now I am going to tell you what we did with the Makey Makey in our class. The first time we just used the normal Makey Makey kit without fruit and sweets. We played Super Mario Bros and we also played Pacman. After, we played again. We used bananas and I tried to play minecraft with it.

Don’t forget that the persons who made Makey Makey is Jay Silver and Eric Rosenbaum and that MIT stands for "Massachusetts Institute of Technology". Now this is the end of my Makey Makey text. 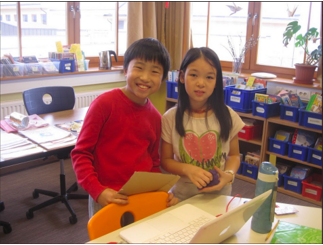 "Makey Makey AN INVENTION KIT FOR EVERYONE." Blueprint. BLUEPRINT., 2016. Web.