The Wizard of Oz Vs. Wicked

The Wizard of Oz Vs. Wicked 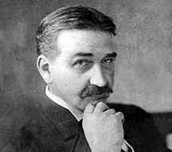 Author- "The Wizard of Oz"

The story of the Wizard of Oz is most commonly known for the movie starring the Wicked Witch of the West, Glinda the Good Witch, Dorothy, her crew, and the powerless wizard. This movie was produced in 1939. The movie is based on a book written by L. Frank Baum, who actually wrote an entire series of 14 children's books that he set in Oz. (May 174). "In 1900, Baum introduced readers to the a fantastical land filled with witches, munchkins, and a girl named Dorothy from Kansas in The Wonderful Wizard of Oz. (May 174).This book is the only book of his series that was made into a movie. According to Jill P. May’s article in the World Book, since Baum lived in the South Dakota, “he based some of the Oz adventures on his experiences in the Dakota plains” (174). 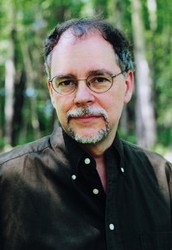 Another rendition of the same story in Oz is portrayed by Gregory Maguire, the author of the book Wicked, which was published in 1995. (Maguire.1) Maguire has his PH.D in English from Tufts University and is a writer of adult and children’s books. (gregorymaguire.com). His book has inspired the hit musical, “Wicked” that tells much of the same story with some additional twists. Between the original book by Baum and the novel by Maguire, the main characters remain the same. Maguire chooses to focus on the story of Elphaba, the Wicked Witch of the West, and her growth from a child into the role of evil.

The Wizard of Oz

Oz the Great and Powerful

While the story of Dorothy in Oz was originally developed by L. Frank Baum, and he also wrote other books that set in the land of Oz, not one of his stories describes the backgrounds of the Wizard or the witches, respectively. Other authors and screenwriters have taken it upon themselves to fill in the gaps left by Baum in the minds of the audiences of today. As can be expected, there are many differences between the different interpretations of Oz before Dorothy made her grand entrance. 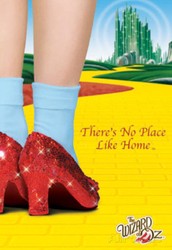 "The Wizard of Oz"

It is only right to begin with the first adventure in Oz, written by L. Frank Baum. Dorothy, a young farm girl from Kansas, is an adopted orphan who lives with her Aunt Em and Uncle Henry on their farm. After Dorothy’s pet dog Toto causes mischief with the neighbor who threatens to have him put down, Dorothy runs away and meets a traveling magician who convinces Dorothy to return home after looking into his magic ball and seeing that Aunt Em is very sick because of her absence. Dorothy rushes home to find a cyclone whose strong winds cause a window to hit her in the head. She wakes up to find her house in the middle of the cyclone with a wicked witch who resembles her neighbor circling her window. The house lands in the mystical land of Oz in munchkinland. Dorothy discovers that her fallen house crushed the Wicked Witch of the East. Glinda the good witch appears and gives Dorothy the ruby slippers of the deceased, though her sister, the Wicked Witch of the West, wants them badly. Dorothy embarks on an adventure to the Emerald City to ask the Wizard to send her home. The Wizard tells her she must first kill the Wicked Witch. Dorothy does this along with her friends, the Scarecrow who doesn’t have a brain, the Tin Man without a heart, and the cowardly lion. After splashing the Witch with water, causing her to shrivel up and die, Dorothy returns to the Wizard to find that he has no powers and can not send her home, except by balloon the way he came. Dorothy misses the departure and returns home by clicking her magic ruby slippers together while thinking to herself “there is no place like home” as directed by Glinda the Good. She returns to find herself in her bed surrounded by her family and the farm hands.

Wicked documents the story of the Wicked Witch of the West. Maguire calls her Elphaba. She is born to Melena and Frex, a not-completely faithful wife and a unionist preacher. Elphaba isn’t like other babies though, as she is born with green skin and sharp teeth. She has a rough childhood living in a home where her parents are frightened of her. Elphaba attends Shiz University where she makes friends with Galinda, (later Glinda) who is a snotty rich girl. They become friends and learn a lot from each other. Elphaba becomes enemies with the manipulative headmistress Madame Morrible and friends with a Goat teacher, Dr Dillamond. She learns the difference between animals and Animals and joins Dr. Dillamond in researching the origins of the differences between the two until he is murdered by Madam Morrible’s servant. Glinda and Elphaba go to the Wizard to talk to him themselves, and after Elphaba sees that he is a fraud, she remains in the Emerald City and joins the underground to try to stop the way that the Animals are being treated. Elphaba has an affair with a married classmate, Fiyero, who gets killed by the royal guards who are trying to find Elphaba. She goes to the home of Fiyero's wife, Sarima with the hopes of apologizing to her. Sarima won’t accept the apology, and eventually is captured by the Wizard’s men. Elphaba remains in the house and search for Sarima. Eventually, Dorothy appears and kills the Wicked Witch with water.

The similarities and differences between Wicked and The Wizard of Oz are numerous. While both follow the same general outline for a story, each of the authors took the details in their own preferred directions and had their own goals in mind during the writing process. L. Frank Baum is quoted as saying "The Wonderful Wizard of Oz was written solely to pleasure children today. It aspires to be a modernized fairy tale, in which the wonderment and joy are retained and the heart-aches and nightmares are left out". It is unknown exactly what, if anything, was the inspiration for the events in the Original Wizard of Oz. However, more information is available from the author of Wicked, who, on his official website states,

"I was living in London in the early 1990's during the start of the Gulf War. I was interested to see how my own blood temperature chilled at reading a headline in the usually cautious British newspaper, the Times of London: Sadaam Hussein: The New Hitler? I caught myself ready to have a fully—formed political opinion about the Gulf War and the necessity of action against Sadaam Hussein on the basis of how that headline made me feel. The use of the word Hitler —what a word! What it evokes!

When a few months later several young schoolboys kidnapped and killed a toddler, the British press paid much attention to the nature of the crime. I became interested in the nature of evil, and whether one really could be born bad. I considered briefly writing a novel about Hitler, but discarded the notion due to my general discomfort with the reality of those times. But when I realized that nobody had ever written about the second most evil character in our collective American subconscious, the Wicked Witch of the West, I thought I had experienced a small moment of inspiration."

Many critics claim that the purpose that Baum stated is not the only reason he wrote the book, claiming that there are hidden meanings throughout the book referring to Baum's fascination with populism and feminism, though he says it was just a fairy tale for children. (Boutelier, 1). For this reason, it is difficult to compare the meaning of the plots of each of them. However, the characters are much easier to compare side by side. Because of the amount of time dedicated to Elphaba, (the Wicked Witch of the West) in Wicked, it is much more apparent that her character would be more developed just as Dorothy is in The Wizard of Oz. L. Frank Baum focuses more on the story of Dorothy, while Maguire chooses to focus on the three witches, Elphaba, Nessarose, and Glinda. There are also other character differences that include the histories of Dorothy's friends. The Tin Man in the movie was made a tin man, while in Wicked, he was a woodsman who Elphaba cast a spell on to save his life.

Maguire, Gregory. Wicked: The Life and times of the Wicked Witch of the West: A Novel. New York: Regan, 1995. Print.