Get email updates from Danilo:

Life before the Constitution

Life before the Constitution

Life as a farmer

I am part of a farming family. I live in western Massachusetts. My life is extremely difficult because the bank that i got a loan from is demanding payment right away, but i do not have money right now since the crops are not growing, and the bank is not accepting crops as a payment, but in the past they used to, and the taxes of my state are very high. I fought in the Shay Rebellion and i saw how weak the Articles of Confederation is. But i am worried about the power the federal government will have under the Constitution. I do not know how the new leaders will be elected. 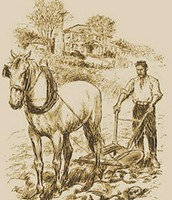 Life as a Banker

I am a prosperous banker in New York. My life is difficult because state legislatures have allowed people to pay back loans with corn, tobacco, or whatever. So we could loan someone $100 and get paid pack with corn. Because of this almost no one respects property anymore, and the state legislatures have been having way too much power for my liking. In states that were actually responsible, or smart, they can put people in jail for not paying back their debts but the Shays Rebellion changed that in Massachusetts and other states. But there are some good news, thanks to a new system that they are doing that goes dollar for dollar the payment which will make all bankers get good money.

Life as a slave

My whole family was forced to become a slave, so was I. I live in a tobacco plantation in Virginia. My life is hard because 11 years ago the Declaration of Independence said that "all men are created equal". But if you are a slave you're not a men, your a piece of property. The life as a slave is extremely hard, you wake up at dawn, and quit when it gets dark. If we stay with the Articles of Confederation there will be no freedom. But with this Constitutional Convention, there is chance of freedom. But if slavery ends i will probably be a poor farmer, or even worst 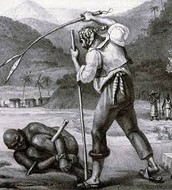