Check out the resources I located for your use in this course! 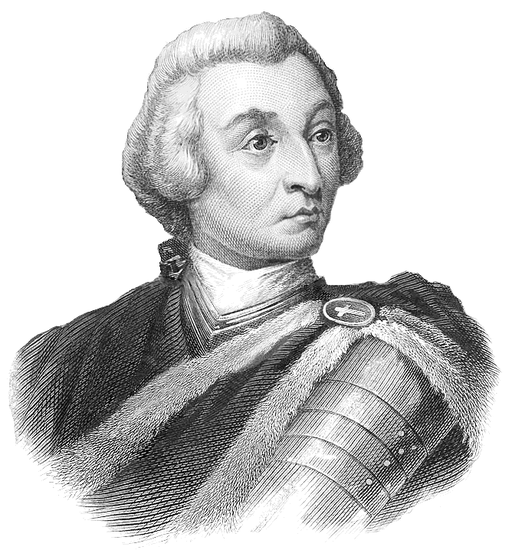 James Oglethorpe was the philanthropist and member of Parliament who conceived of a colony to help ease the suffering of the impoverished people in England. He had a friend who died in debtors prison and it affected him a lot.

It so happened that the king wanted to establish a buffer colony to protect the "cash cow" colony of South Carolina from Spanish incursion from the south (Spanish Florida.) So he granted Oglethorpe and his Board of Trustees a plot of land to build a colony.

Georgia was founded in 1732-1733 at Savannah and it had specific regulations that made the Georgia Colony (the 13th original colony) different from all others.

Read on for more information! 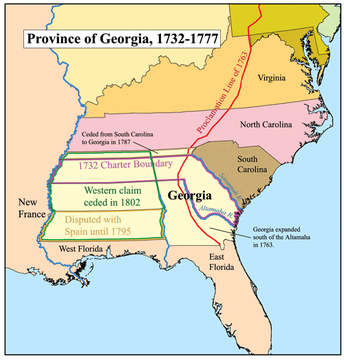 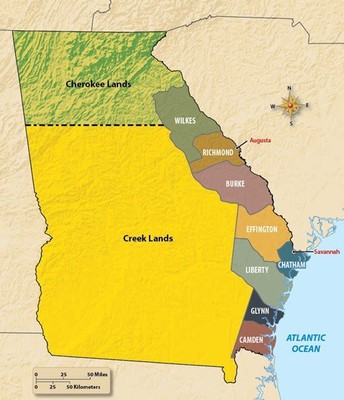 Another View of Colonial Georgia 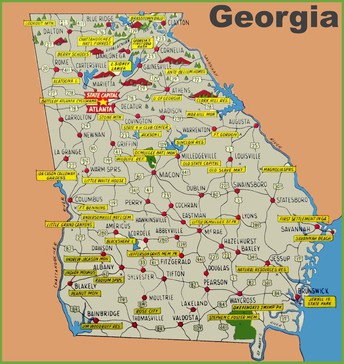