Mohandas Gandhi was an amazing spiritual leader who should the world how to protest without violence. Gandhi promoted that everyone should be treated equal no matter how poor or what their race was. Gandhi was raised as a Hinduism by his parents but when he grew older he started to not believe in religion. 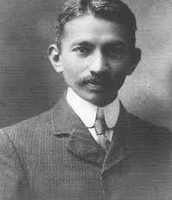 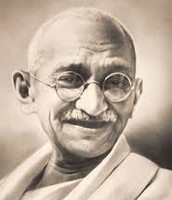 Why Gandhi was called The Great Soul

Gandhi help create peace in Indian as well as free India from Britain's control. Gandhi lead many peaceful protest, one of his most famous protest was when he lead the salt march. Gandhi also did many fasts as a way of protesting. During prison Gandhi fasted as a protest to the untouchables not having equal rights as everyone else.

Mohondas Gandhi was a extremely powerful speaker. When ever Gandhi spoke everyone would listen and pay attention to him. Gandhi said many famous quotes that have always been remembered. One of his famous quotes is " Be the change you wish to see in the world." Finally Gandhi also spoke infront of millions of people multiple times in his lifetime.