Important Roles of the Civil War

Important Roles of the Civil War 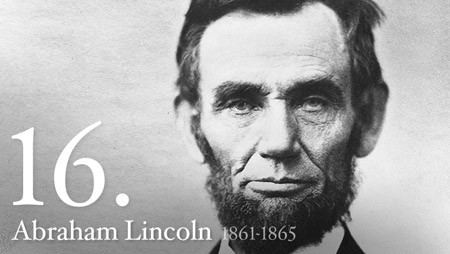 Abraham Lincoln was born in 1809 in Kentucky, before he was elected he served eight years in the Illinois legislature. He was elected president in 1860. He was a abolitionist and did not want slavery to spread. On, January 1, 1861 he gave the Emacipation Proclomation which freed all the slaves in the confedracy. This is what started the war, what caused the confederates to attack fort sumter.

Lincoln was the most important person of the war seeing as he caused the war so to speak. He freed the slaves which caused the southern states to seceed and attack fort sumter. Even though he caused the war, he did the right thing and he gave hope during time of war. He was a very important influence to the union's part in the war. 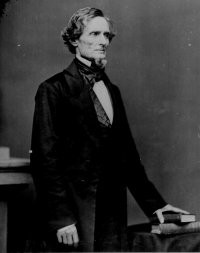 Jefferson Davis was the first and only president of the Confederate States of America. A West point graduate, war veteran, and planter, jefferson was sent to the house of representatives by Mississippi, but his term was cut short when he resigned to fight in the Mexican American War. He was then elected to the senate but again resigned when Mississippi seceeded from the Union. The confederate Congress selected him to become provisional president of the confederate states. He was inaugurated for a six year term. He was captured in georgia by northern soldiers however and spent 2 years imprisoned before he was released on bond. After which he traveled Europe before returning to the U.S. after the war to live out his retirement.

Davis didnt really do anything significant with his short presidency. He didnt do anything as drastic as set the slaves free or anything. So Davis didnt do a very good job as president, in fact, he hardly did anything at all. 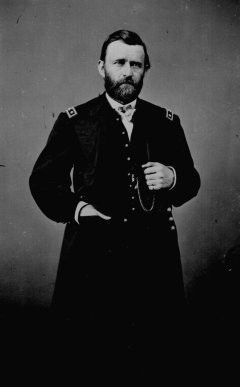 Another West point graduate, Grant served as a Captain in the Mexican-American War. His military career ended shortly after until the star of the Civil War, Grant jumped at the opportunity to serve again. He rose quickly through the ranks and soon became the acting general for the Union. The battle of Sihloh was the ultimate test of his commandship however and a surprise attack from the south. The union suffered huge casualties in the first few days, and letters were sent to Lincoln asking to have grant removed from command, he pulled his troops together and they fought back eventually winning that battle.

Being the one that led the union army, Grant was obviously busy with his duties, though through the first year of the war, the south seemed to have won, Grant pushed back, and won. So overall grant was a good leader who changed the outcome of the war drastically with the performances at different battles through out the war. Ecspecially at Gettysburg, Pennsylvania. He fought of an attack from the Confedrates that would've ended in the Confederates capturing the capital of the U.S. which would've most likely won them the war. 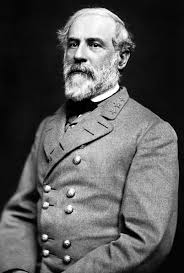 Robert E. Lee was also a west point graduate, but he did not set out to battle. Instead he devoted 17 years as an officer in the Corps of Engineering. That changed with the Mexican-American War in 1846, after which he emerged with the rank of Colonel. For three years afterward he was the superindendent at West Point academy, so he had part in training some of the men that would serve under him when he became the general of the Confederate army. But Lincoln asked him to lead the union forces first. Lee refused, saying he was to remain loyal to his state which seceeded.

One of his most famous battles was the one at Antietam. Which was supposed to be a secret attacked, surprise attack in Maryland. He was trying to sway the fighting away from Virginia. They were found out however, and fighting commenced, the battle ended in a stalemate, going down as the bloodiest one day battles of the civil war. after which he retreated by the cover of darkness. Lee was an excellent general and new how the army he had worked, if the battle of Antietam had never happened, had Lee kept the suprise that couldve changed the outcome of the war. Lee won a good half of the war, he was an excellent leader. 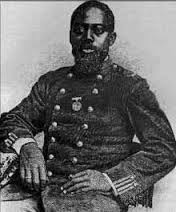 William Carney was the first African-American to recieve the medal of honor. Carney was part of the 54th Massachusettes infantry regiment, he joined at age 23. This was an all black unit, which proved african-Americans good be good soldiers. At the battle of fort Wagner the regiment showed bravery and carney was promoted to sargeant. During the battle the 54th charged the fort from either side. Bullets and cannons were firing upon them and wounded were everywhere, Carney seeing this, grabbed the flag and charged foward to the wall of the fort. This is when he realized he was almost alone, dead and dying comrades all around him. He ran back down into the ditch they had intially charged from, it was full of water. When he peeked up to gain understanding of the situation, a slug struck him. He started to run along the ditch and got hit again. He saw a Union soldier in the ditch and the soldier asked if he was okay. Carney told him had been shot as a third bullet skimmed his arm. The soldier tried to take the flag which carney was still holding, but carney refused. They set off to join the rest of the force when another bullet grazed Carney's head. He was taken to the rear of the medical guard where he explained th flag had never touched the ground. This event was greatly recognized as one of the most heroic events of the civil war. Even Lincoln himself exclaimed at the bravery and called it one of the biggest events leading to the norths victory. This act of carney's inspired many black men to join the army, eventually winning them the war.

Philip was born in Chile, South America. He joined th U.S. navy and began fighting in the civil war on board the USS Santiago de Cuba. The major event in Bazaar';s military career was when he received the Medal of Honor. On the 15th of january, 1865 the USS Santiago de Cuba joined the attack on Fort Fisher. After bombarding the fort from the sea Bazaar and 5 other men entered the fort which was full of confederates and delivered dispatches. He played a crucial part in the attack and helped the union win the battle. He later recieved the medal of honor for his heroic actions in the fort. 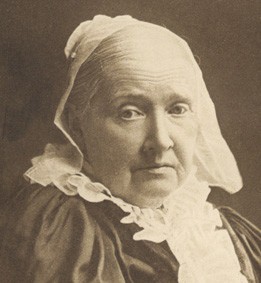 Julia Ward Howe is best known for being the author of the famous poem "The Battle Hymn of the Republic" It became an anthem for the American Civil War and made Julia a very famous figure. The song itself was a morale boost for many troops and renewed the will to fight, for the north and abolition. She was also an author writing poems and books. Her fame allowed her to lead in things such as abolition and womens rights. She was very religious and believed in social justice. So it was easy for her. 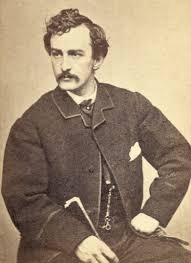 John Wilkes Booth was an actor during the time period of the American Civil War. He worked at a Philedelphia before moving to Marshall Theatre in Richmond, Virginia. He was ready to join the Richmond militia to fight in the war when he accidently shot himself in the leg with a co-stars pistol. No matter how angry Booth was he wouldnt enlist in the Confederate Army. When General Lee surrended his troops and Lincoln gave a speech explaining the new voting laws and the abolition etc... Three days later at Ford's Theater John Wilkes Booth snuck into the booth that Lincoln was watching the play from, and booth shot him in the back of the head. Then jumped to the stage and ran. He evaded capture for 12 days before being cornered in a barn and shot. 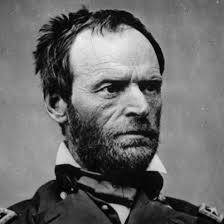 William T. Sherman did not have a military career before the war, but he became the most renowned and well known person of the Union's military next to U.S. Grant. Sherman found himslef living with Senator Thomas Ewing who granted him to U.S. Military Academy. He saw little to no action in the beginning of his military career, and he didnt serve in the Mexican American War. He didnt see action until the outbreak of the Civil War when he was signed as colonel to the 13th United States Infantry. His first combat encounter was the Battle of First Manasas. Although Union forces were defeated during the battle, Lincoln was impressed by Sherman's performance, and he was was later promoted to Brigidier General. Next he commanded a division during the battle of Shiloh. Although Union forces were overun Sherman gain the rank of Major General. Sick of war, Sherman devised a plan, he would lead some 60,00 men 285 miles from Savannah to Atlanta Georgia. He called it the "March to the Sea", it was supposed to frighten the people of Georgia, to "show them the hand of war." The troops only harmed those who tried to retaliate by burning farms, barns and houses. But never entire towns. The march was a sucess and Sherman's troops captured Atlanta which was a railroad hub and big industrial area for the confederacy. 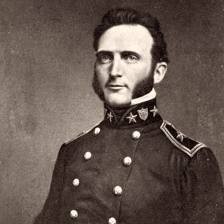 Jackson was a West point graduate, and his official military career as a brevet second lieutenant in the Mexican-American War from 1846-1848, which is where he first met Robert E. Lee. At the wars outbreak he accepted a position as colonel of the Virginia Militia and led at Harper's Ferry. He then took the role of Brigidier General an led troops at the Battle of First Manasas where he got his nickname "stonewall" and his celebrity status. He was then promoted to Major General and was deployed to the Shenandoah Valley to defend against the Union's march to Richmond. Jackson participated in many of the next battles. Jackson commanded a victory at Fredericksburg, and then the famous flank march at Chancellorsville. The same night as that victory, Jackson was wounded by friendly fire while making a reconnaissance with a member of his staff. He died 8 days later due to the injury which resulted in the amputation of his arm.