Your last chance to see this MONSTROUSLY FUNNY MUSICAL is this Thursday, Friday, and Saturday at 7:30 p.m. 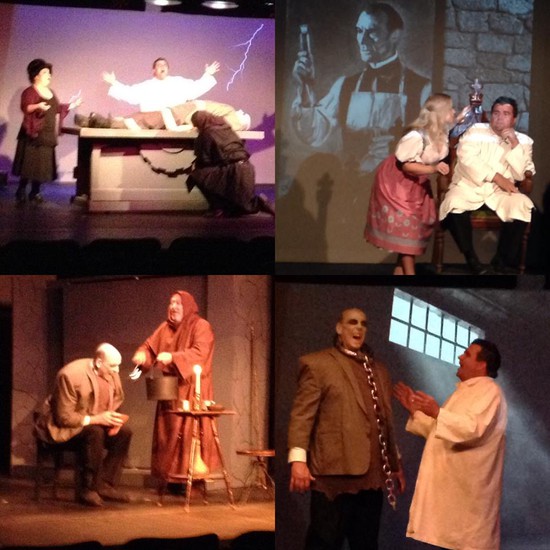 From the creators of the record-breaking Broadway sensation, The Producers, comes this monster new musical comedy. The comedy genius, Mel Brooks, adapts his legendarily funny film into a brilliant stage creation – Young Frankenstein!

Grandson of the infamous Victor Frankenstein, Frederick Frankenstein (pronounced "Fronk-en-steen") inherits his family's estate in Transylvania. With the help of a hunchbacked sidekick, Igor (pronounced "Eye-gore"), and a leggy lab assistant, Inga (pronounced normally), Frederick finds himself in the mad scientist shoes of his ancestors. "It's alive!" he exclaims as he brings to life a creature to rival his grandfather's. Eventually, of course, the monster escapes and hilarity continuously abounds.

"Not only is the film Young Frankenstein showing around the country during our run, due to the recent passing of Gene Wilder," notes Gayle Gearhart, CAST Artistic Director and Director of this production, "but 2016 marks 200 years since the summer 18-year-old Mary Shelly first wrote the ground-breaking novel -- making it the designated first in the form of the science-fiction genre."

During the run of the show, the CAST lobby will be filled with works of art from the Winkler Gallery of DuBois, and the Liddle Gallery or Clearfield.

The show is directed by Gayle Gearhart, with Catherine Mandell serving as vocal coach. Mason Strouse leads a pit band of more than twelve professional musicians from Clearfield, Curwensville, Philipsburg, Bellefonte, and Clarion. Choreography by Sam Potter and Mary Slogosky bring the stage to life, especially during the show stopping number Puttin’ on the Ritz.

Remaining performances October 6-8 at 7:30 p.m. Tickets are $12 for adults and $10 for students. Group rates are also available by contacting CAST.

Tickets are available online at www.ClearfieldArts.org. Tickets will also be sold at the door prior to each performance. CAST volunteers encourage everyone to get tickets early, as they are anticipating high volume ticket sales.

For more information, visit www.ClearfieldArts.org, call (814) 765-4474, or email ClearfieldArts@gmail.com. The Clearfield Arts Studio Theatre, Inc. can also be found on Facebook, Twitter, and Instagram. CAST is located at 112 E. Locust Street in the heart of Downtown Clearfield. 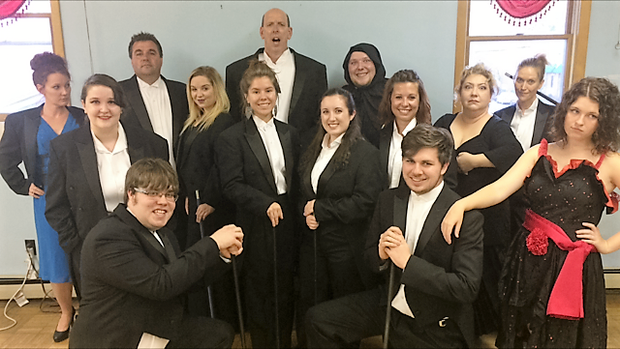