An interactive newsletter for the online Neenah community

An interactive newsletter for the online Neenah community

Welcome to the Neenah Nation!

Thank you for being a part of the Neenah Nation! The Nation is intended to be an interactive community of Neenah Joint School District alumni and supporters. Let us know about upcoming events or reunions and ask us questions about District history or what is happening today. To receive this newsletter in your e-mail, sign up at the official Neenah Nation website: www.neenahrockets.alumninations.com. 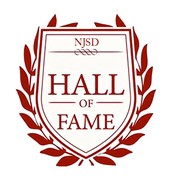 Consider nominating someone for the NJSD Hall of Fame. Click here to access the online nomination form. 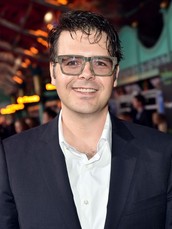 Philip Johnston, a 1990 Neenah graduate, is the screenwriter of the Walt Disney Animation Studios film "Zootopia" that racked up more than $73 million in its opening weekend. The film is set in a world of anthropomorphic animals, which means foxes, rabbits, lions and the like walk on their hind legs and speak like humans. Jason Bateman, Ginnifer Goodwin and Idris Elba are among the actors lending voices.

Johnston also co-wrote another Disney hit, "Wreck-It Ralph," in 2012. "Ralph" was applauded by critics, landed among the highest-grossing films of the year and was nominated for an Oscar. Reviews for "Zootopia" have been outstanding with a 99 score on Rotten Tomatoes. The Toronto Sun calls it "a slam-dunk candidate for best animated feature in next year’s Oscars." (photo credit: Getty images)

What is the history of the Rocket in front of Neenah High School?

The Rocket in front of Neenah High School was formerly located at the U.S. Cavalry Museum at Fort Riley, Kan. Known as "Honest John," it was donated to the school by the Center for Military History in Washington, D.C. in the fall of 1988. The project was an effort of the student congress to gain a mascot for the school. The class of 1933, parents of the class of 1988 and Neenah dentist Robert Hering donated money for the project. Installation and painting was provided by several local businesses, costing the school nothing.

Have a question for the Neenah Nation? Ask us about District history or things currently happening in the District. Click here to submit a question.

The NHS Class of 1981 will hold its 35th Class Reunion on Saturday, August 20, 2016. Log onto FACEBOOK and join the group - Neenah High School Class of '81 - to receive all information and updates. You may also request information via email at NHSClassof1981@gmail.com. We would LOVE to have teachers come and visit -- we will even pay for your admission to our event :)

Save the date for the NHS Class of 1977 reunion on August 5, 2017. More information will be communicated soon.

Have information about a reunion or upcoming event? Submit your information on the Neenah Nation website.

Vintage and Act II take to the stage for their annual Finale show on Saturday night in Pickard Auditorium. Tickets are $10 each and will available in the student services office at Neenah High School in April.

Get Directions
Embed code is for website/blog and not email. To embed your newsletter in a Mass Notification System, click HERE to see how or reach out to support@smore.com
close
Powered by Smore
Powered by Smore