I believe that the road management can be improved by managing the timing when the construction occurs. There are too many road constructions clustered close together which causes major traffic confusion. Such an area that is affected on highway 7 where constant road construction seems to be going on, this construction creates traffic during anytime of the day especially during rush hour when my parents need to go to work and also for people that are trying to get to school. This concern is not only coming from myself but also from other citizens from Markham. This is evident from the many complaints from this issue found in news articles and in internet blogs.

A main concern is the amount and density of new homes being built in Markham. Not only is the construction creating a lot of inconvenience for the residents of Markham but the enormous amount of new homes being built leads to more people in Markham which causes many issues to arise. One issue is the high amount of new residents comes an increase amount of car drivers which causes our roads to be over populated hence creating more traffic. Another issue is since a lot of these new residents are small families with children our schools are also getting over populated which means our classes are going to become bigger. With bigger classes it makes it harder for some teachers to handle, which can compensate our education. 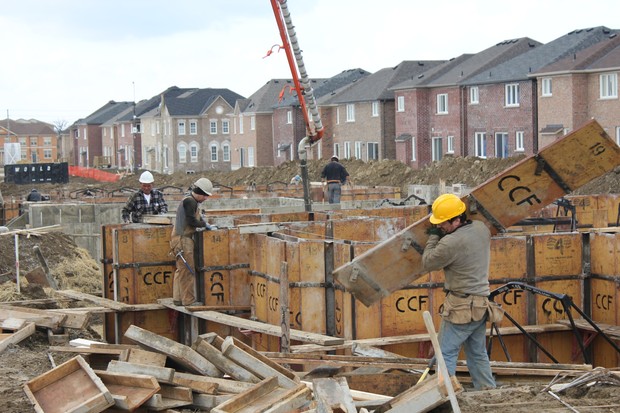 There are to many cars parked on the streets where they are not suppose to be parked in Markham. Markham is not enforcing strongly enough to eliminate this problem. With the new communities being built the roads in those communities become narrower due to the fact that builders want to fit in new homes in that new community. But by doing so when cars park on those roads it makes the roads even more narrow which creates danger for the drivers. Not only does it affect the drivers but it also affect the environmentalists that want to bike on that road.