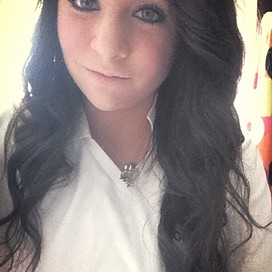 Throughout the novel, Kurt Vonnegut is seen utilizing various rhetorical strategies in order to enhance the overall understanding of his main argument. We find Vonnegut in chapter one of his infamous novel, Slaughterhouse Five, attempting to write a novel about the fatal bombing of Dresden. After the construction of thousands of pages of work, Vonnegut realizes that there is not much to say about a massacre. A massacre is death, and death is a sore subject for many. Vonnegut then chooses to argue that war is foolish because life is meaningful, while as most deaths occur in meaningless ways. Vonnegut approaches death with humor and dark satire in order to demand the attention and respect of his audience, for instance, his usage of straightforward and short because the events he describes are incredibly impactful and if the sentence is further elongated, the impact is lost. In an act of utilizing polysyndenton, Vonnegut states, “One end of the wallpaper was the beginning of the story, and the other end was the end, and then there was all that middle part, which was the middle. And the blue line met the red line and then the yellow line, and the yellow line stopped because the character represented by the yellow line was dead,” (6). His writing style at times seems very jumbled, and unorganized, his errors and run on sentences almost in a sense display his humanity, rather than boasting his sheer intelligence (as most writers often try to do), as a way to connect further with his audience, in order to ensure that his main arguments purpose is achieved. Furthermore, Vonnegut’s usage of run on sentences, and jumbled plotline serves as a backing to his argument; “It is so short and jumbled and jangled because there is nothing intelligent to say about a massacre. Everybody is supposed to be dead, to never say anything or want anything ever again,” (24). Furthermore, Vonnegut’s usage of asyndeton vs. polysyndenton in chapter one of his novel, further intrigues the audience, simply because of Vonnegut’s capability to sew so many different and strategic rhetorical strategies in one chapter. To contrast the aforementioned asyndeton quote, “I got O’Hare on the line in this way. He was short and I am tall. We were Mutt and Jeff in the war. We were captured together in the war. I told him who I was on the telephone. He had no trouble believing it. He was up. He was reading.” (5) When we find Vonnegut utilizing Periodic sentences, we also can often detect the hypotaxis rhetorical strategy as well. Vonnegut’s use of hypotaxis within the novella allows the syntax and structure of his content to supply purposeful and useful information. Also, We realize that this is also true for Vonnegut’s cumulative sentences; however, those usually tend to rely upon parataxis. Vonnegut’s usage of parataxis relies more upon the carefree aspect of his writing. This form is choppier, short and sweet. This form of writing allows little to be said, yet still allows the point to be made clear. In a periodic sentence, Vonnegut explains, “This veteran decided to take his car into the basement, and he closed the door and started down, but his wedding ring was caught in all of the ornaments. So he was hoisted into the air and the floor of the car went down, dropped out from under him and the top of the car squashed him. So it goes,” (11). Not only is this yet another strategy utilized in Vonnegut’s writing style, but it also supports a main point by stating that this poor veteran survived a war, yet was killed meaninglessly in a freak elevator accident. However, as we know, Vonnegut also wishes to provide examples as these, so to prove that fate and death or inevitable. Just because you survive a dangerous ordeal does not mean that you are invincible; no one is.

Kurt Vonnegut reacts to negative topics with an incomparable ease when thrust aside most of the current human population. When considering his “Slaughterhouse Five” novel naturally as it is an anti war novel, Vonnegut immediately targets s]death to serve as a crucial motif. Vonnegut absorbs negative topics such as these, and utilizes rather than repels its contents. “There will always be plain old death,” Vonnegut explains to us on page four, and truthfully this will never change. Throughout the entirety of Chapter one, Vonnegut addresses death not with reproach, but with open arms, and above all, acceptance. This is a major lesson to be learned from the contents of this novel; acceptance of the inevitable. We all have a certain amount of time to spend in this world; some of us will die in peace while others will die in agony. Death in most cases is entirely unpredictable, as it hunts its prey wearing the cloak of invisibility. Above all, death is uncontrollable. It is in my stolid belief that throughout the rest of this novel, Vonnegut will attempt to enlighten his audience upon the fact that there are things in life that we simply cannot control, death of course, being one of those factors. No amount of tears or tampering will change reality. Death is nothing to fear in Vonnegut’s opinion, death is something to embrace when the time comes; because it is inevitable. Vonnegut wants us to understand that there are things in life we cannot change; the sooner we realize this, the better off we’ll be.

So it goes is a continuously repeated phrase throughout the first chapter of the novel, and it is my firm and stolid belief that Vonnegut will continue to utilize this phrase throughout the rest of the novels entirety. Vonnegut states the phrase, “So it goes,” directly after the death of a person in his novel. “This veteran decided to take his car into the basement, and he closed the door and started down, but his wedding ring was caught in all of the ornaments. So he was hoisted into the air and the floor of the car went down, dropped out from under him and the top of the car squashed him. So it goes,” (11). The meaning of, “So it goes,” mirrors much of the first aforementioned motif; death. “So it goes” is another way of saying, “so be it”. This is because Vonnegut accepts reality, much like he accepts the way that time is structured, knowing that the past, present and future will always happen the way they were intended to happen. There is nothing one can do besides accept reality when it rears its ugly head, simply because reality is permanent. When one considers, death is just the end of a film. One can find comfort in the fact that every film has the ability to be re-wound and replayed. Death is not the end, in Vonnegut’s opinion, because in thousands upon thousands of moments, you are perfectly alive and well; your death only occurs in one. “So it goes”. 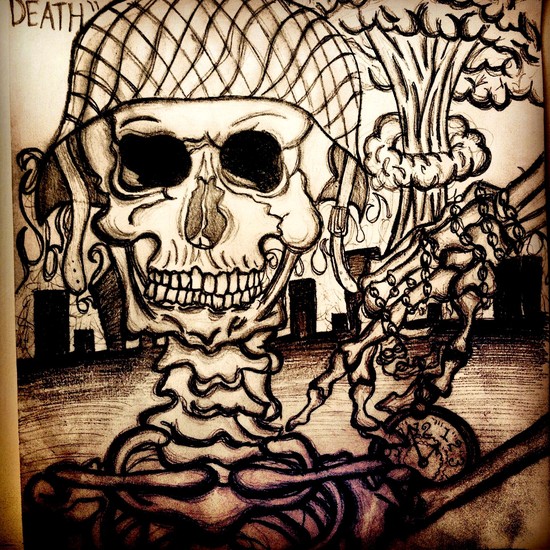 "No art is possible without a dance with death."

Follow Colin Herbert
Contact Colin Herbert
Embed code is for website/blog and not email. To embed your newsletter in a Mass Notification System, click HERE to see how or reach out to support@smore.com
close