Emilee is using Smore newsletters to spread the word online.

Get email updates from Emilee:

He was the Chief of the Operations Section of the Wehrmacht which was the normal German army. While he was the Chief of the Operations Section, he was involved in the destruction of Czechoslovakia. While in his trial Alfred Jodl proclaimed that it was the Czechs who provoked it by massing troops on the German border, completely knowing that the invasion of Czechoslovakia was know six months before the invasion. Jodl was accused of promoting forced labor. Mainly against the civilian populations of Denmark, Holland, France, and Belgium. 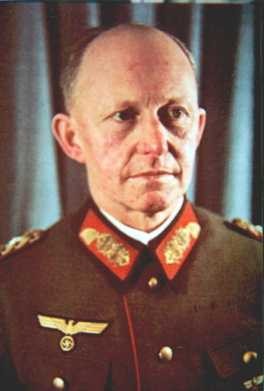 Charges For His Crime

His defense during his trial was the "higher authority" plea. At the end Alfred Jodl stated, "It is not the task of a soldier to be the judge of his Commander in Chief. May history or the almighty do that." Alfred Jodl was hanged in Nuremberg on October 16, 1946. Most people had said the Jodl's death sentence was harsh compared to the other punishments that had done worse than him.

In my opinion i believed that Alfred's punishment was pretty severe and harsh compared to what other's punishments were. He didn't kill anyone while others had and their punishment was to be hanged. I think that anyone who had murdered someone should be sentenced to death by hanging. But i also think that anyone who was a contributor to these crime but didn't kill anyone should be punished with a jail sentence. The length of this jail sentence should be determined by how cruel their crime was.

Emilee is using Smore newsletters to spread the word online.