Bigfoot is considered a mythological creature that is related to another mythological creature called a Yeti. Bigfoot can sometimes be referred to as sasquatch. The author Bord stated “There is no official statement bigfoot is real, only sightings dating back to the 1830s” (Bord). According to the committee for Skeptical Inquiry, bigfoot is based upon the size of his feet; hence bigfoot (Bigfoot Field Researchers Organization). Bigfoot is an animal that escapes anytime you get closed to finding him. That’s why bigfoot is considered a hoax. There is no true evidence of a real bigfoot animal. 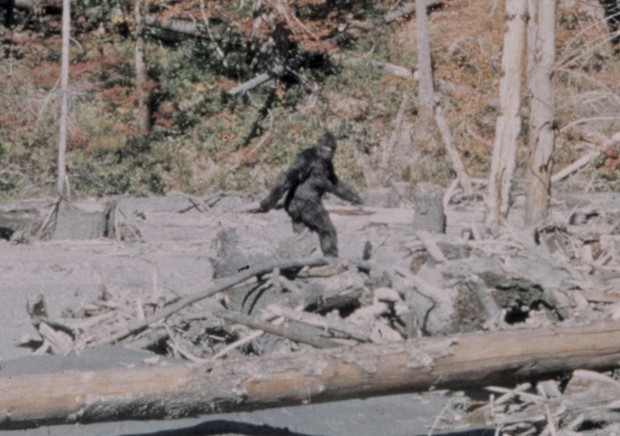 There are many place in the U.S. and Canada where Bigfoot has been spotted. Bigfoot is most commonly spotted in northern places where there are heavy wooded areas. According to the website Monstrous, “the highest rate of sightings and recovered footprints are in the Northwestern part near the Oregon border.” Northwestern means states like Oregon, Washington, Idaho, Montana, and even parts of California. Monstrous stated Bigfoot is an animal that moves around and never stays in one place. That’s why it’s very difficult to find solid evidence of a Bigfoot. 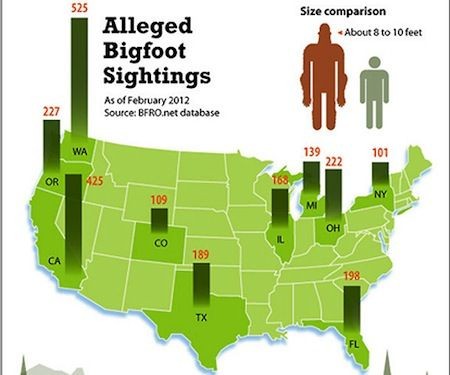 There have been many bigfoot sightings in Northwestern U.S. According to Bigfoot Encounters, the state of Washington has had the most bigfoot sightings (Bigfoot Field Researchers Organization). Joe Kennedy states “Bigfoot can be a hostile or a kind creature.” Researchers found that out through sightings and stories other people have told them. Some stories have told of abduction, other have been of Bigfoot calmly eating by a lake. Bigfoot is a widely seen creature or a good story. 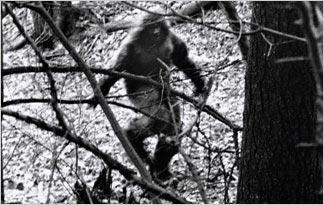 Connect with Brett B