Get email updates from Kerrie:

We are currently wrapping up a busy winter season here at Red River. The girls hockey team just capped off another competitive season finishing with an overall record of 18-9. The KnightRiders entered the state tournament as the 5th seed and after a heartbreaking loss in the opening round, they battled their way into the consolation championship! Shaley Richards had a great tournament and was named to the All Tournament Team! Our wrestling team qualified 8 wrestlers for the state tournament under new head coach Andrew Kennedy, which is an improvement from last year! Both the boys and girls basketball teams will begin EDC tournament action this week. The boys finished the regular season in 4th place (11-10) and will host Wahpeton, while the girls also finished in 4th place (13-7) and will host West Fargo. KnightRider gymnastics had yet another historical season in which they posted some of the highest team scores in recent history and took home the EDC title. The KnightRiders placed Julia Miller, Charisse Vetch, Katie Blackmun, Rebecca Kaufman, and Sydnee Spivey on the All Conference Team, Charisse was also named the EDC Senior Athlete of the Year! They capped off their season this past weekend at the State Competition finishing in 4th place overall and Head Coach Engel was named the ND Coach of the Year. Boys swimming and diving, although still fairly young, have seen many career PR’s each meet and have our very own Reed Erickson and Dan Musselman qualified for this weekend’s state meet in Bismarck! Finally the Red River boys hockey team finished off another successful season. The Riders entered the State Tournament 4th seed (16-11) from the East. The boys lost a tough battle verses #1 seed Bismarck Century in the opening round, but rebounded nicely to take down Minot 2-1 to advance to the consolation championship where they lost an OT battle to Fargo South. Nate Bradbury, Tyler Savage, and Connor Arel were all named to the All State Team! Congratulations to all teams that have finished their seasons and good luck to those with tournaments approaching!

The fine arts have also had a successful winter with many amazing performances! The Manatones and Velvetones have been busy serenading people all winter, while the theatre department just wrapped up their winter comedy “Fools”. Such an amazing job by the entire cast and crew! We also have many concerts fast approaching with Orchestra on March 5th (7:00pm), Choir on March 7th (7:00pm), and Band on March 18th (7:00pm). All performances will take place in the Red River Performance Hall! Amazing job throughout this year by so many talented Riders!

Student Council recently wrapped up our winter Snow Week and it was a huge success! We kicked things off Monday…JK that was yet another snow day…it was Tuesday as we hosted our annual Rider Idol competition where so many talented Riders took the stage! Dan and the Musclelmen took home the title with their performance of “Feeling Good” by Michael Buble. On Wednesday night we held our annual powder puff volleyball tournament that saw “Team Block Part” take home the championship…and yes they did beat the staff team at the pep rally, ending the staff’s streak of volleyball dominance over the students.

During Snow Week, student council also raised money for fellow Roughrider Sean Gerszewski and his family. Through events like the powder puff volleyball tournament, bucket passing at events, and selling Sean Strong Bracelets throughout the week, the students raised over $3500! Raising money for such a great cause was definitely the highlight of the week. Thank you to everyone that contributed!

With that, we say goodbye to winter (eventually) and hello to spring! Thank you to the entire Rider Family for all that you do to support our Rider students and community. 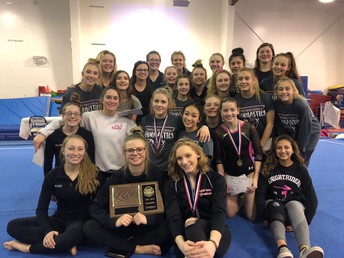 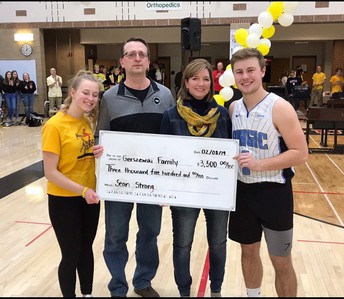 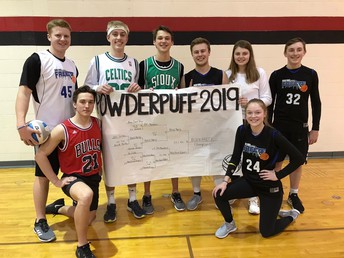 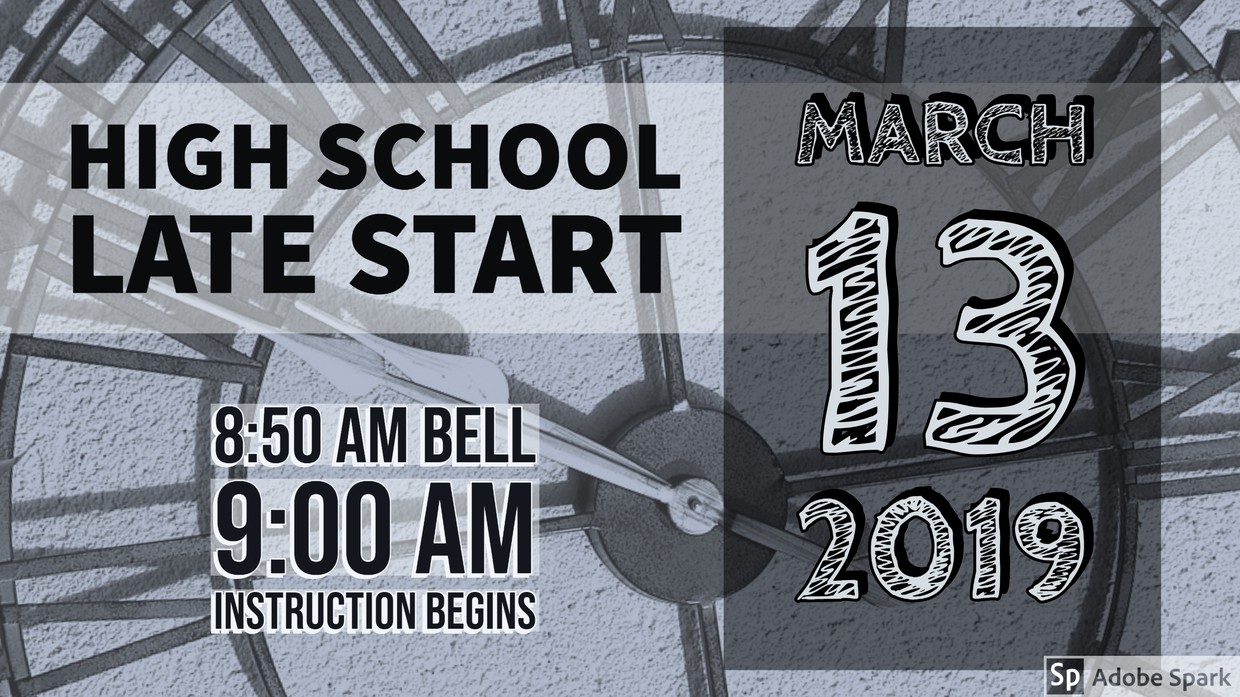 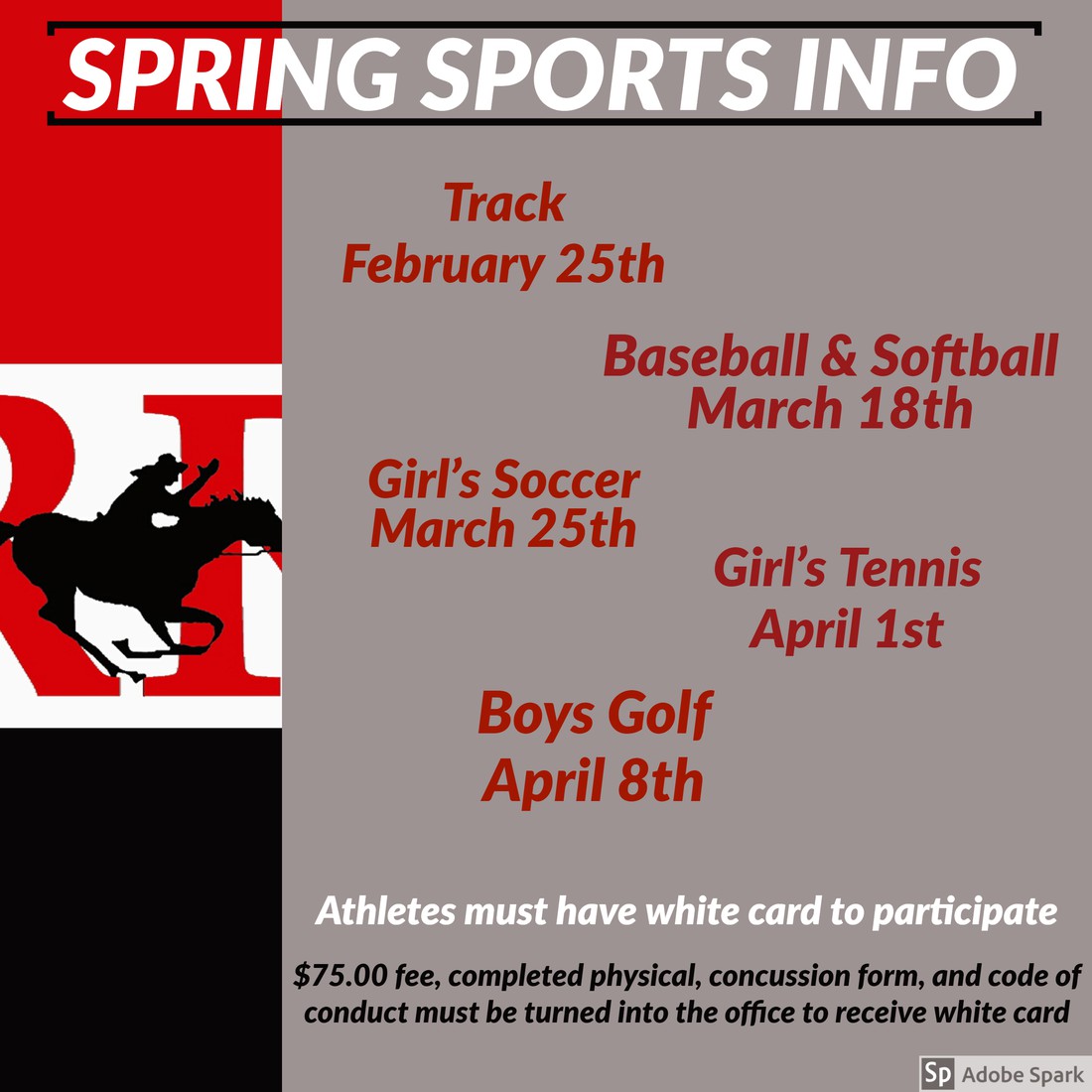 On February 9th the RRHS VEX Robotics team competed at the North Dakota State VEX Championship held in Edinburg, ND. There were 5 teams from RRHS that competed in the tournament of 26 teams. Of those five teams, one of them took home the state championship and received an invite to the World Championship held in Louisville, Kentucky. A second robotics team also qualified for the world championship by having the highest skills score in the state. The students moving are Team X, which consists of sophomore Broden Diederich and juniors Gabe Gooden, Noah Kauffman, and Gavin Dorsey, and Team A, which consists of seniors Darren Muhlenkort and Jacob Filipy, sophomore Joe Germundson, and freshmen Alex Price and Rebecca Muhlenkort This marks the third consecutive trip to the world championship for RRHS teams and the second year of having multiple teams make it to the world championship in the same year. The championship this year is going to be held April 24th-27th and will be streamed live through VEX Robotics. You can also follow all the updates of the team on twitter by following #RRHSRobotics. Congratulations to all RRHS Robotics Teams. 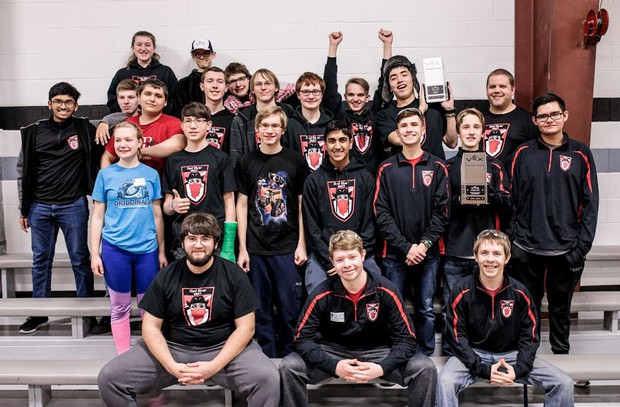 Congratulations to the students who were nominated by staff members this month.
This program is designed to recognize students for their excellence in classroom
attitude, involvement in school activities, and citizenship. Outstanding academic
achievement is not a requirement, but academic effort is a strong consideration.
Students may be honored only one time during their high school career. 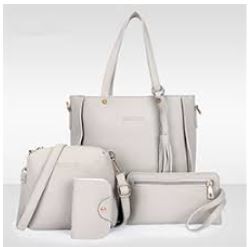 HOSA Efforts in the Community

The months of February and March have been and will be very busy and productive months for students of HOSA. The students helped to raise over $5000 for the Purses for Parkinson’s Project. All proceeds went to The Michael J Fox Foundation for Parkinson’s research. 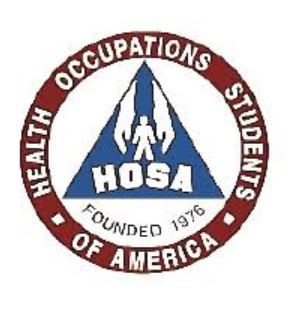 President Chloe Rowekamp and Vice President Alex Richards, along with Jolene Dunphy, the organizer of the event, presented a check for $2000 to the Alzheimer’s program at the YMCA. In addition to all of this, the students are also busy preparing for the state HOSA competition in Jamestown. They have ten students in individual competitions and nine teams in group competitions. Wish them luck! 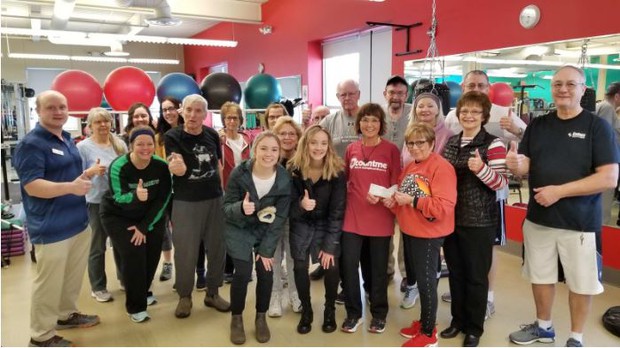 We are now looking for homestay host families for Japanese students visiting Grand Forks in October of this year. For additional information please check our link on the school website under the clubs tab, or contact the exchange coordinator. Jason Hawley jhawley130@my gfschools.org

Please log in to PowerSchool and make sure your seniors name is correctly. How it is listed in PowerSchool is how it will show on their diploma. 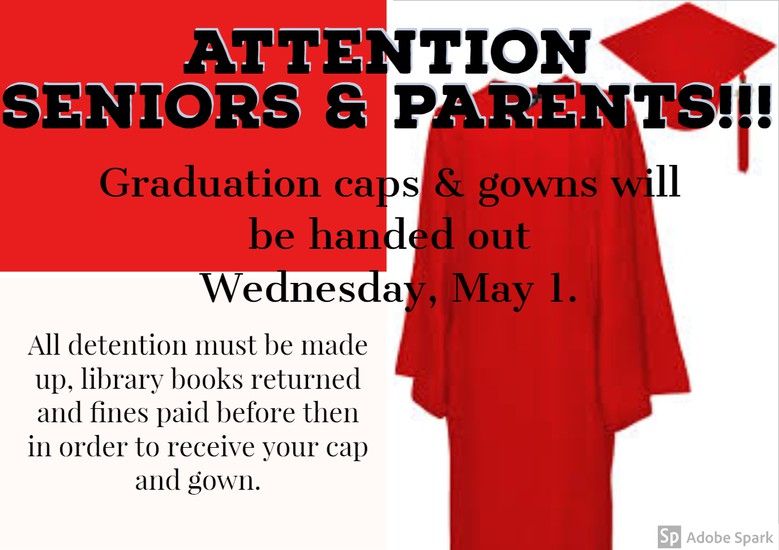 Summer School registration will begin in January. If you are interested in having your student attend the summer programs, please see this link for subject options and schedules, attendance policies, etc. 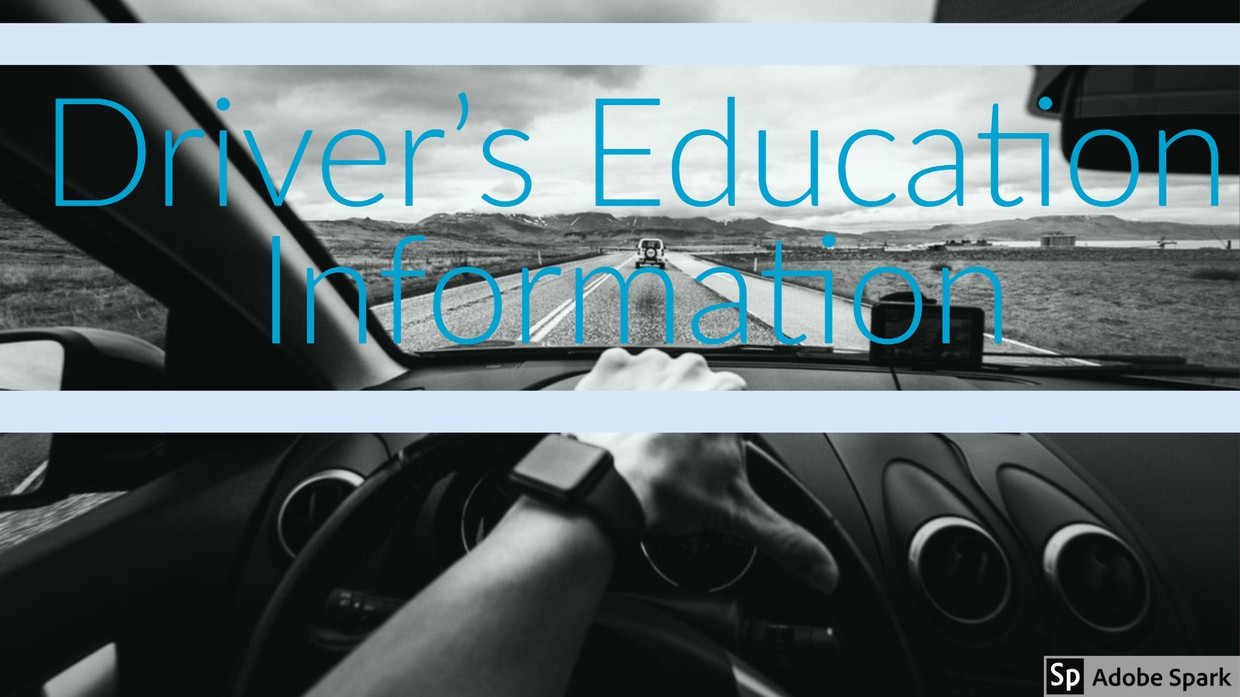 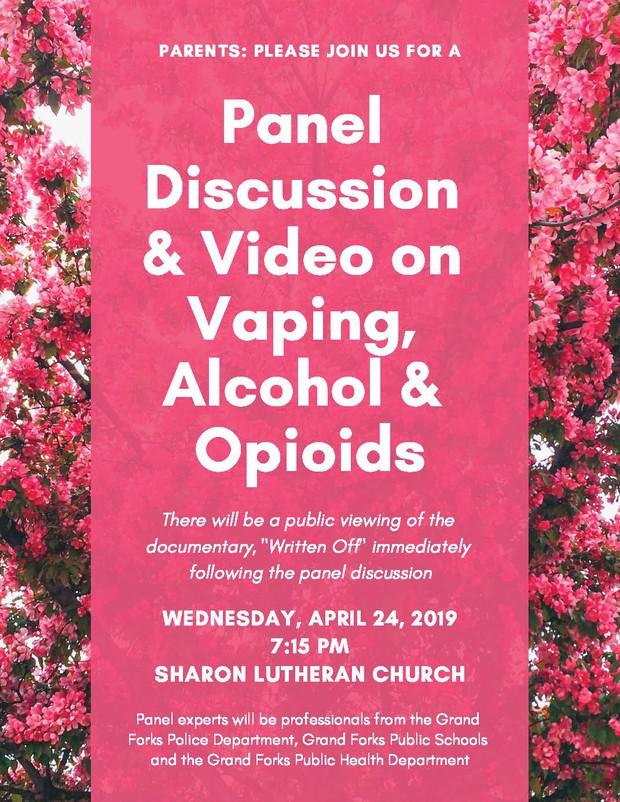 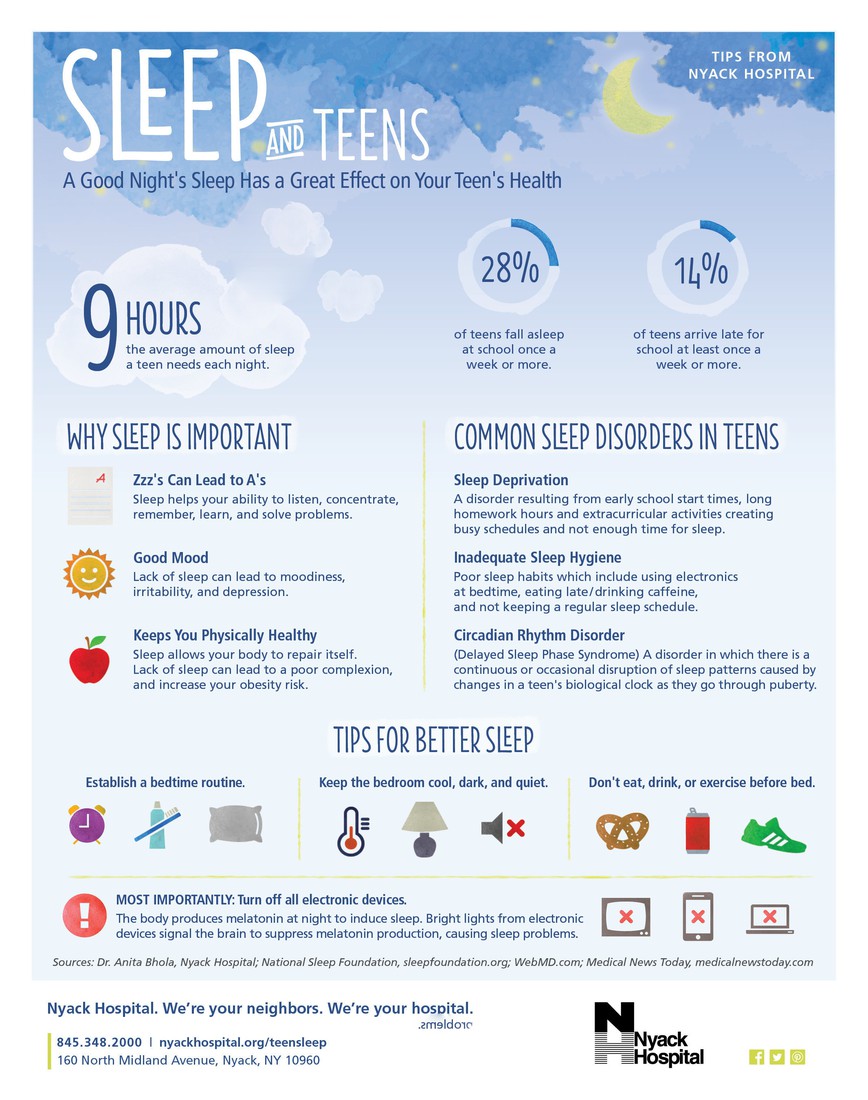 Parenting isn’t always easy, especially in today’s world. The good news is there are steps you

can take to help protect your kids as they grow older. Effectively monitoring your kids through

on, in ways that are age appropriate. In fact, the earlier you begin monitoring, the easier it will

be to continue as your kids gets older and the more they’ll expect it from you.

How do I monitor my kids? Visit http://www.parentslead.org/ 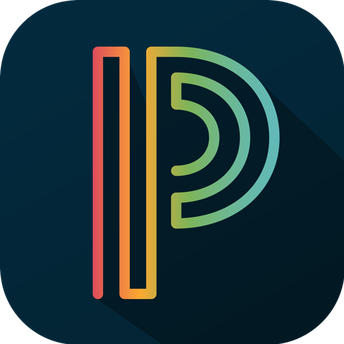 Many parents and students have had issues with the PowerSchool Mobile App lately. Unfortunately this is a third party issue, but some issues may be resolved by following these steps:

Once PowerSchool Mobile App has been downloaded to your device, launch the app and

following the instructions below:

From the mobile app sign in screen, in the top portion, tap District Code

If you are still experiencing issues, please visit your student's account through the PowerSchool Parent/Student Access webpage.