Seven and 1/2 years ago, Sophie was relinquished to the Humane Society in Fremont, by a family who said that she was mean to their kids. She ended up at Golden Retriever Rescue, and then in our family. She was not a girly girl, but was silly and rambunctious. I didn't think I'd ever have a more crazy dog.

Sophie became a certified therapy dog about a year after she joined our family. She took over as my "assistant counselor" in my job as Elementary School Counselor at Randolph Elementary in Lincoln....after we lost our first golden Zeke to cancer in 2009. Before our eyes, she grew up, and became the most gentle, sweet, reliable dog on Earth.

During her time at Randolph, she listened to over a hundred readers, could always find kids to rub her belly, manipulated and charmed staff members into feeding her daily, was fired from recess duty for eating rocks, escaped from classes to look for that
"slobber ball lady", calmed and soothed many a student, cured many a child with dog fears, and loved us all while she did so.

We learned in late August that Soph was in kidney failure. In true Sophie fashion, no one at school could even tell because her body somehow acclimated to the kidney decline. Our struggle was at home because she lost her appetite. Our kitchen counter looked like a cross between a pharmacy and pet food shop because her tastes constantly changed. We did everything but stand on our head to get her to eat.

Over Christmas break, things went downhill and soon there were many days with no food and very little water. She was sad, lethargic, weak, and had no interest in coming to school with me.

Saturday January 10th, she went to heaven to be with Zeke. Doug and I were there with her and sent her on her journey with a beloved tennis ball. I'm quite sure that by now she is driving Zeke crazy, has found the folks up there who keep biscuits in their pocket, and knows where the tennis balls are kept. And she can eat as many rocks and as much bunny poop as she wants.

Sophie meets the school for the first time.
"That's a lot of kids ya got there Mom!!"

1st graders were right on her level....and besides, they made pumpkin pie!!
"I could be a first grader Mrs. Philippi!" 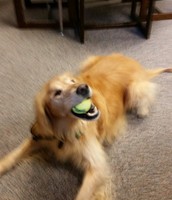 There is nothing finer..... 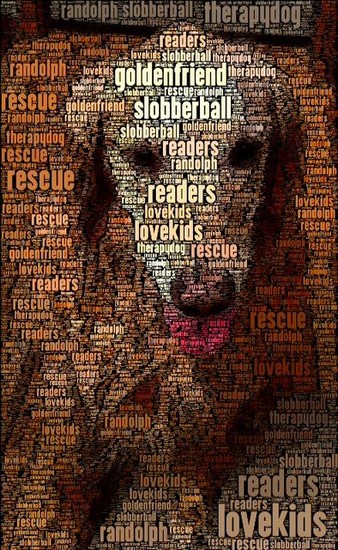 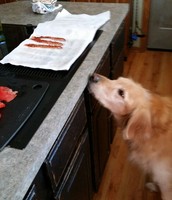 Our humble thanks to all who make it possible for wonderful dogs to find homes in need of a furry friend. Your efforts not only change the lives of so many dogs....but so many humans. We were blessed to have her grace our world for eight and a half years.
Embed code is for website/blog and not email. To embed your newsletter in a Mass Notification System, click HERE to see how or reach out to support@smore.com
close