Where do lynxes live?

Lynx mainly live in the forest regions of Europe and North America. Some of the forest types they live in are the rocky mountains, evergreen forests, and mosaic forest types. Since lynx live in forests there are lots of trees, and lynx like to have trees as dens, they especially like grownth trees as dens.Most of there habitats are decreasing because of human roads and buildings. 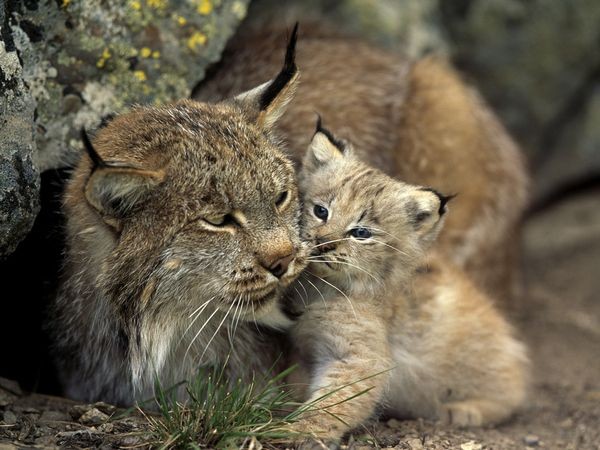 What is a lynxes diet?

Lynxes are carnivors, their diet usually is, artic hares, mice, squirrels, and muskrats, but if they are extremly hungry they will eat lizards, frogs, and beetles. Lynx will rarely eat moose, caribou, and deer. Lynx can use camouflage to catch their prey. For example, Lynxes fur can camouflage with the snow and the branches while trying to catch prey. Since lynx have a lot of fur on their paws they are very quiet when sneaking up on their prey, like if a snowshoe hare was eatting grass and the lynx was hiding behind a branch, the lynx can sneak up on the snowshoe hare on the snow and not let his paws sink into the snow. 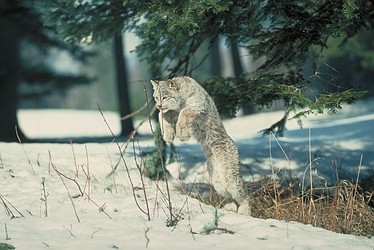 Whats the life expectancy of a lynx?

The life expectancy of a lynx is up to 15-20 years. Lynx are high valued by trappers for their thick fur. Trappers want lynx so they can make things out of the fur, and then they sell it. Thats why lynx dont live that long. They get harmed by victims of guns and traps. In the past decades more than 10 animals have died under the wheels of a car. Since they are high valued for hunting their status is endangered. 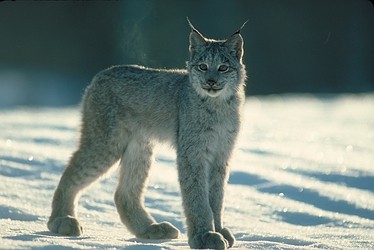 Body protection of a lynx?

Different parts of a lynxes body help it survive. For example, Lynx have heavy thick coats so it can survive in bitter cold, and it has lots of fur on its paws so it can walk on top of the snow and not make a sound while sneaking up on prey. Since lynx have predators such as wolverines, tigers, gray wolves, and pumas, they need to know if they are there to be able to protect themselfs. They have really good eyesight, they could see a mouse from 250 feet away, so they could see the predator from far away. They also have great hearing. The tufts of fur on the tips of their ears function as a hearing aid, so they could hear a predator coming near. 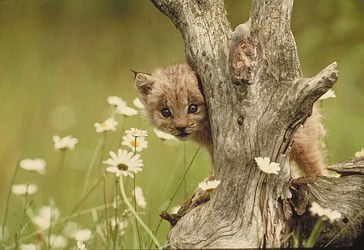