September 11th, 2001, started out like any other day. The streets of New York City were bustling with morning traffic and pedestrians on their way to work. Everything seemed like a normal work day. That was until at 8:45 am, an American Airlines Boeing 767 flew through the side of the north tower of the World Trade Center instantly killing hundreds of people and trapping several more people on the floors above. Many news outlets started a live broadcast showing the state of New York City. After eighteen minutes, another plane struck the south tower of the world trade center. People watched horrified at what had just happened. Many wondered what exactly was going on. Evacuation missions got underway calling the help of all fire departments and first responders who were relatively close. After several hours, the towers collapsed. Come to find out, the planes that struck the towers were hijacked by members of Al Queda. The attacks on the World Trade Center was not an accident, it was a planned attack. This terrorist attack led to the deaths of thousands of innocent people. We must never forget something like this has happened. We must not ever let it happen again. Those who lost their lives in this attack have not been forgotten and will forever be remembered.

On September 2nd of 2021, pop singer Olivia Rodrigo has apparently given up a huge percentage of royalties adding up to millions of dollars to other singers such as Taylor Swift, Hayley Williams and more after “retroactively giving them credits on some of her most popular songs”. Since Olivia Rodrigo’s most popular song “Driver's License” in January, the 18 year old has shown no signs of slowing down in making many hit number 1 singles off of her album “Sour”. Listeners have concluded that they are hearing many similarities to her smash hit "Good 4 U" from the Paramore’s 2007 single "Misery Business". Theories that have been stated are/were only supported by listening to mashups of the two songs, which has gotten over 3 million views since on YouTube. Since then, Olivia Rodrigo has given credit to the owners of the original song, just in case, so nothing messy happens later on. 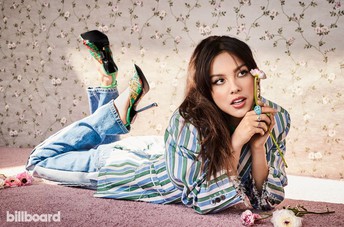 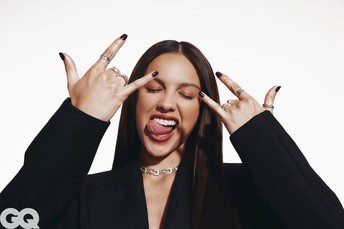 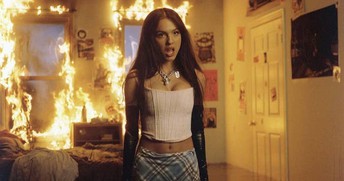 Volcanic Activity May Have Given Life Its First Breath

An analysis of 2.5 billion year old rocks from Australia has found that volcanic activity took place right before the emergence of our oxygen-rich atmosphere. This was supported by the discovery of mercury in rock samples from that age, which is commonly ejected during volcanic eruptions. It is hypothesized that the rocks eventually weathered and released phosphorus in water-filled areas, fertilizing oxygen-producing cyanobacteria and creating a spike in their activity. It is unknown where exactly these eruptions occurred, but a few places have been singled out. Canada and India are among this list. While this discovery is useful for many reasons, one thing cannot be denied. This spike in oxygen prepared the Earth for widespread habitation, and eventually the rise of complex life. Complex life gave way to animals, and then all the way to us today. It’s amazing how one relatively small event can have such a large impact on the world as we know it. As always, visit the link below for more information.

Ford poached Apple's executive who led their secretive electric vehicle project. He left Apple for Ford to be their “ chief advanced technology and embedded systems officer”. The executive's name is Doug Field. He is considered to be one of the greats in this part of the automobile industry. He was at Tesla when they launched the very successful Model 3. Ford is very excited about the new hire. CEO Jim Farley called the hire a “watershed moment for our company”. Apple is the complete opposite as Ford. They have stated they feel gutted. Their car project known as Titan, has gone through a lot since it began being designed in 2014. Losing Field could be the set back that could potentially end the entire project all together. It might not only end the Titan project but could end Apple’s car ambitions all together. The only thing to do is sit back and watch what happens in the future.

Follow Luke Freeman
Contact Luke Freeman
Embed code is for website/blog and not email. To embed your newsletter in a Mass Notification System, click HERE to see how or reach out to support@smore.com
close