Elle is using Smore newsletters to spread the word online.

Get email updates from Elle:

My birthday is next week, so I'm making ALL of my e-books free on Smashwrods.com until April 1st.

I get older, you get free stuff! I'm not sure if that's a win-win, but it's a win for you (and whoever you share this with!) I'd love to hit 100 downloads this week. Do you think we can do it?

Click here to see all my books on Smashwords.com 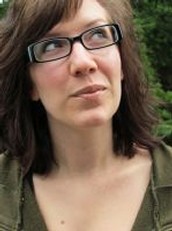 Facebook @ellebeauregard
Elle began writing Contemporary Fantasy in a desperate attempt to escape short, dark and wet Seattle days. Left-handed and hopelessly right-brained, Elle continues to survive the Pacific Northwest winters by communing with the characters in her head. She prefers her leading ladies sharp and her heroes flawed.

When she’s not writing, Elle is usually reading, shopping, drawing, or sewing. Her weaknesses include Starbucks Cinnamon Dolce Soy Lattes, Steampunk jewelry, and handbags. She’s been known to discuss a character or two as though they were a real person; her friends and family are lovingly tolerant of her ‘quirkiness.’
ellebeauregard.com

Elle is using Smore newsletters to spread the word online.

Follow Elle Beauregard
Contact Elle Beauregard
Embed code is for website/blog and not email. To embed your newsletter in a Mass Notification System, click HERE to see how or reach out to support@smore.com