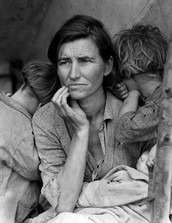 There were numerous New Deal Programs set forth by Franklin Roosevelt as a way to get America out of the Great Depression. One of these New Deal Programs was the Social Security Act which guaranteed an income for the unemployed and retired. The Social Security Act was created in 1935 as a federal insurance program that was based on the taxes compiled throughout people’s working careers. The people eligible would receive monthly payments.

Another New Deal Program put forth by FDR was the Federal Deposit Insurance Corporation (FDIC) established on 1933 which insured bank deposits, up to a specific amount, against loss in the event of the bank’s failure. The program was established due to the prior incident during the Great Depression where banks were wiped clean of their money and the fear that the same might happen again. 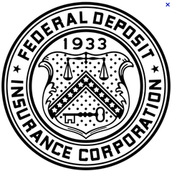 Throughout the New Deal, Roosevelt wanted to focus on agriculture and manufacturing. Roosevelt created the National Recovery Act (NRA) as a new government program towards manufacturing. NRA helped American, after the Great Depression, focus on both agriculture and manufacturing. This gave many industries opportunities, such as; Large Businesses : cotton textile, coal, and steel, Small Businesses : pet food, jewelry. The main goal of the NRA, alongside of Agricultural Adjustment Act (AAA), was to help rescue the nation’s productive industry and stabilize the economy.

The Tennessee Valley Authority (TVA) was an approach made by Roosevelt to “modernizing” the south. In 1933, the TVA was soon funded by congress to help prevent floods from accuring, reforestation, and electricity generation. As a part of Roosevelt's New deal, the TVA was made to be both beneficial to the focus of agriculture and manufacturing.

The Supreme Court viewed Roosevelt’s New Deal to be beneficial in certain areas, but also thought to limit certain areas. In May 1935, the supreme court voted in Schechter v. United States and had a unanimous vote against certain New Deal policies : National Industrial Recovery Act to be unconstitutional because it basically limited congress's power. As Roosevelt protested, the Supreme Court turned down many New Deal Policies. 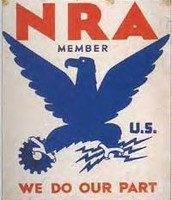 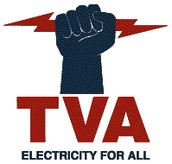 Huey long was an American politician. He served as the governor of Louisiana from 1928 to 1932.Longs believed people should “Share the Wealth” they earned. Not only did he embark public work project he advocated for the middle-class making “every man a king”. From fear of him becoming too powerful he was shot and killed, a year before he would run for office.

The car enabled mobility and the effectiveness of transportation. Henry Ford’s Model T increasing speed and created a lasting turn toward modern culture and increased travel. This car was considered inexpensive and reliable.

During the 1920s radios were people’s main source of entertainment before the television and computer. The High demand for radios caused radio station owners to diversify their program to appeal to a wider audience. Some popular radio stations were, War of the worlds and Father Charles Coughlin. Tension between modern and traditional also formed causing confusion with in listeners for example issues like less freedom for workers (assembly line). 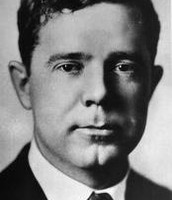 The consumer culture of 1920’s shifted as advertisements began targeting nuclear families. The advertising industry reached new levels of ambition and sophistication as they entered the era of the “aggressive hard sell” and affluent society. Ads encouraged people to purchase their products with the slogan “Buy now, pay later.” As a result, by 1929, electric appliances like refrigerators, were found in almost every affluent homes. It allowed families to preserve foods for longer periods of time. However, advertisements mostly targeted women because of the idea that having a refrigerator to store food will make their husbands happy. During the roaring twenties, consumers began purchasing items out of desire instead of necessity, especially domestic and kitchen appliances. Participation in consumer culture became a contest between families in order to try and keep up with the Joneses.

In the decades following 1910, the Great Migration tripled New York’s african american population. In the 1920’s, a flourishing of African American artists, writers, intellectuals, and social leaders centered around the neighborhoods of Harlem, New York City. Harlem became “the symbol of liberty and the Promised Land to Negroes everywhere.” This rise in african american culture and achievements in art, music and literature became known as the Harlem Renaissance. They were able to express their culture. One of the most famous products of the Harlem Renaissance was the jazz age, which was a new type of music that combined African rhythms, blues, and ragtime. 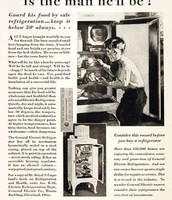 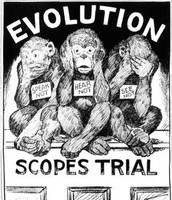 The Bracero Program (meaning “manual-laborer”) was initiated in 1942 and exploited tens of thousands of Mexican laborers to meet wartime labor demands. These workers faced poor pay and unfair treatment. This was showed a persistence of discrimination and exploitations even after Roosevelt issued Executive Order 8802 in 1941. It serves as an example of Mexican-American oppression as Mexicans were brought into the country to slave away at agriculture work. This system would later be challenged by civil rights activists Cesar Chavez and Dolores Huerta. The program ended in 1964 and 350,000 of the Bracero immigrants stayed in the United States, settling near major cities.

In the 1930s the United States again saw battles of isolationism vs. involvement in foreign affairs. In 1932, Secretary of State Henry Stimson wrote a response to the Japanese invasion of Manchuria called the Stimson Doctrine. In this, he asserted that the United States would not accept territorial changes to China because it would affect the Open Door Policy or trade agreements between the U.S. and China. However, under President Roosevelt four Neutrality Acts were passed in 1935, 1936, 1937, and 1939. These documents served to assert the United States’ neutrality during the war, modeling President Wilson’s isolationist approach to World War I. Despite “neutrality”, motions such as the Lend-Lease Act and Cash-and-Carry policy allowed the United States to support the Allies.

A. Phillip Randolph ran the Brotherhood of Sleeping Car Porters which was the largest black labor union in the United States. He announced that he was planning a march on Washington in the summer of 1941, where 100,000 protesters would gather at the capital to demand equal opportunities in wartime jobs. To avoid this, FDR issued Executive Order 8802 which prevented discrimination in jobs. Randolph agreed to cancel the march and showed that victory of racial justice could be achieved. However, he would organize the March on Washington for Jobs and Freedom in August 1963 alongside civil rights leaders such as Dr. Martin Luther King Jr., the largest rally for rights in the history of the United States. 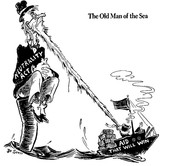 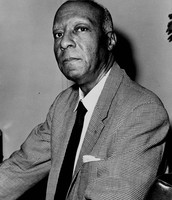