The book I read is a titled Mark of the Thief by Jennifer A. Neilsen. The theme of the book, to me is, those lowest can be the most powerful. The reason for picking this theme is because, in the book Nic, the main character, starts as a lowly slave until given the power of Caesars bulla and influence over the griffin. These abilities make him a danger to Rome and they do there worst in order to retrieve the bulla. This doesn't just apply to Nic, there is another character that lives with many orphans, she is skilled with knives and bows, and is said to be as good as the soldiers. 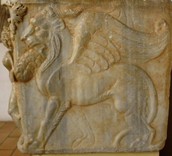 The picture is of a griffin. In the story a griffin is said to belong to gods and goddesses but protects the bulla and Nic, with greed being the only thing more important. It can represent the power of the gods among humans and the gods, or a gift from the gods given to man. 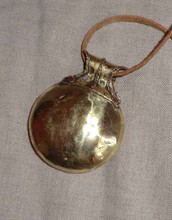 This picture is of a bulla. They were given to young boys (who were of rich families) as good luck charms. In the story Caesars bulla was gifted to him by a goddess, which helped him gain his power. It can represent luck and magic those who possess them or a sign of a status.

This summer I read a book called The Wit and Wisdom of Winston Churchill by James C. Humes. The authors purpose could be seen as a wish to inform people of Churchill and his accomplishments in or out of the war. The reason for this is that Churchill is an important historical figure and important in general. He fought in the military, gave many speeches to inspire people, and was a great man in general.

V for victory is a sign that Churchill gave after they won WWII. It was a way to show others there success. 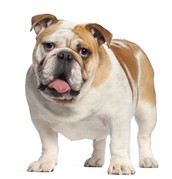 Churchill was called the 'British Bulldog' for his aggression towards Hitler, Nazis and others. He was also depicted as a bulldog in resemblance and comic boards.