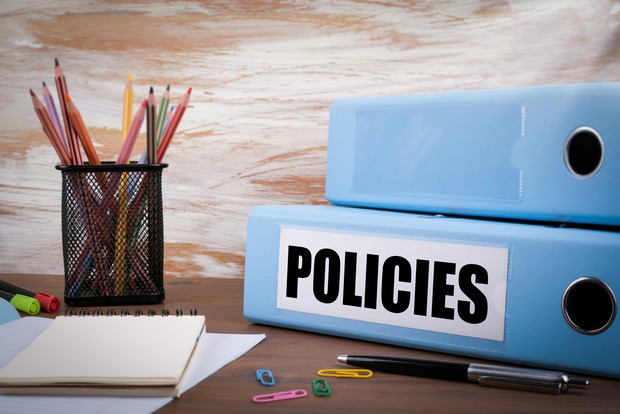 Editorial: Policy Allows Us to be Accountable to Our Mission and Values

Policy is critical to the execution of our mission while living out our values. Policy by definition is a deliberate statement of intent adopted and endorsed by the most senior governance body of the organization.

Policy may be seen as restrictive, but in reality it empowers us and delegates to us the authority to carry out our mission:

“The Salvation Army exists to share the love of Jesus Christ, meet human needs and be a transforming influence in the communities of our world.”

From a good governance perspective we need foundational policies that allow for accountability, integrity and clarity of purpose.

Operating Policy 3409 (Expenditure Approvals – Staff Expense Policy) is one of those foundational policies that provides a significant framework for how we expend Army resources while on Army business. This specific policy, like many others, speaks to the Christian values and culture of the Army. If we represent the Army we must be mindful that the resources entrusted to us do not belong to us, but are placed at our disposal by God. We are stewards and are ultimately accountable to God for wise management.

The Army is committed to ongoing improvement and focus on personal integrity, transparency, accountability and compliance.

Operating Policy 3409 is posted on our website under the tab, "What We Do". We are funded by the public and government so the public needs to know what is expected of us. This is not just about satisfying the bureaucracy but it recognizes that as part of our mission we need to do more than is required: we set ourselves a higher bar. Knowing what the policy says is one thing, but understanding that the policy comes out of our organizational and denominational values is another. The spirit behind the policy is just as important as the policy itself.

"We should want to be accountable for our actions and attitudes as we participate in God's mission to transform the world.” (General Andre Cox – 2016)

In parts I and II, we described the framework in which investment management takes place in the Army. Key to the successful implementation of the Army’s investment program is the fact that members of the Investment Advisory Committee and other fiduciaries recognize that the recommendations they make may well be quite different than if they were managing their own money. This means that investment decisions are focused on the Army’s needs, as well as its risk tolerance and stewardship obligations.

“I would characterize our investment approach as conservative,” says Paul Goodyear, Territorial Financial Secretary. “Ours is a plain vanilla type of fund, with realistic expectations and minimum risk.”

The Army sets realistic objectives that avoid the need for excessive risk in the portfolio. The overall investment objective is to achieve a minimum 3.5% annual real rate of return (i.e. inflation-adjusted) over an average four-year period, and it has consistently delivered that result, except in rare periods, such as the aftermath of the worldwide financial crisis that took place in 2008.

Fortunately, even during that period of time, the Army’s long-standing policy of basing its spending decisions on a long-term expected rate of return, rather than that achieved in a given year, meant that there were reserves on hand from prior years to carry the Army through years of less favourable returns.

Good governance, strong policies and professional expertise coupled with prudence and a long-term view make for an investment program that has been extremely successful in meeting the Army’s needs over many years.

A payday loan is a short-term loan of a relatively small amount (up to $1,500) which is designed to bridge a borrower through a cash shortfall until their next payday, when generally the loan must be repaid in full.

The costs are typically based on a set dollar amount per $100 borrowed, such as $21 per $100, which for a two-week loan represents an annual percentage rate of 546%. Some users may not realize that these loans – which are unsecured - are very much more costly than alternatives such as cash advances on credit cards, overdraft protection on a bank account, or borrowing from a line of credit.

The use of payday loans in Canada has increased in rapidly recent years, from 1.9% of Canadians in 2009 to 4.3% in 2014. Unfortunately, many of those who come to the Army for various kinds of assistance will be among this number, and the more payday loans they take out and the more exorbitant interest they pay, the more likely they are to continue to need help.

In 2016 the Financial Consumer Agency of Canada (FCAC) surveyed 1,500 Canadian payday loan users. The most significant findings were: 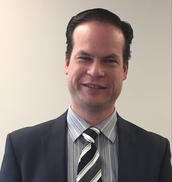 Who's Who: David Dunstan

David Dunstan is one of three Assistant Financial Secretaries. His career has been spent almost entirely in various accounting and management roles at Territorial Headquarters. He has held several positions at THQ, including financial analyst, assistant chief accountant, chief accountant, director of accounting and director of financial reporting. In his current role David manages the finance department’s financial reporting, financial operations and payroll teams, and is a member of THQ’s Territorial Management Board. With over 20 years of service, he understands the many challenges of financial operations and management at every level of the organization.

David is a graduate of the University of Toronto with a Bachelor of Commerce degree, and continued his studies in accounting, earning the Certified Management Accountant designation in 2002. With the recent merger of the accounting bodies he is therefore a CPA, CMA. He currently serves as the finance board chair of the Canadian Council of Churches.