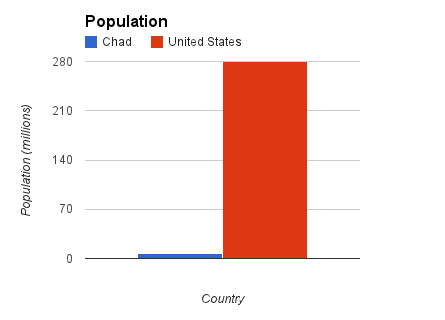 The fresh water in Chad compared to the United States is a huge difference which causes Chad to have more health problems than other countries with more fresh water like the US. 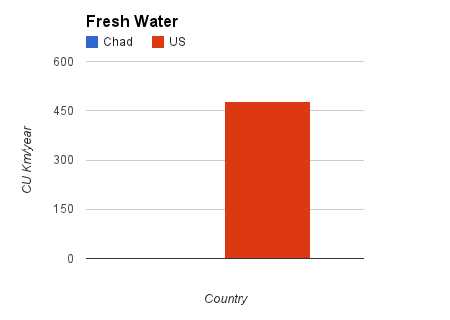 Obesity has become a huge issue in the US, but in Chad, obesity isn't much of a problem due to lack of valuable food like fruits, vegetables, and other important products that are necessary in the human diet. 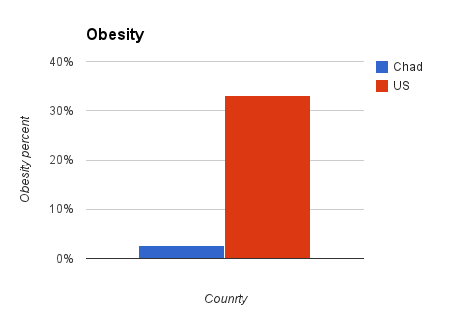 The GDP in Chad is very low which causes the education, healthcare, and other resources more valuable. The US on the other hand, has a high GDP which allows a better life in more aspects than Chad. 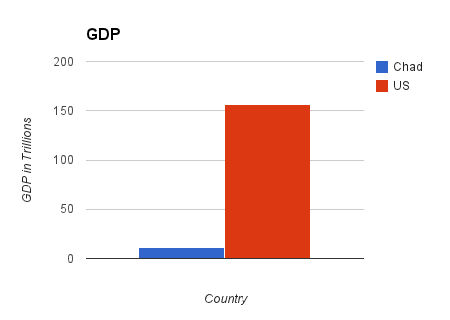 Because of the barren land and inability to grow and produce crops, the percent above the poverty line is very high compared to the US where each section of the country can be used in many different ways. 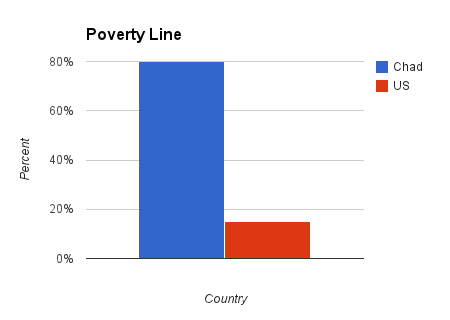