Is this the end for the Sumatran Elephant?

Is this the end for the Sumatran Elephant?

About the Sumatran Elephant

The Sumatran elephant also know as the Elephas Mazimus Sumatranus is in constant risk of extinction. They are located in a small island in Indonesia called Sumatra.

Why the Sumatran Elephant is criticaly endangered

Even though the Sumatran Elephant does not have many predators it still has a rapidly declining population. The main cause of death for the creature is due to habitat loss. The elephants are also hunted by poachers for their valuable ivory. Their ivory is used to make things like piano keys and billiard balls. 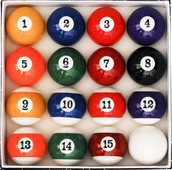 Who or what is helping the Sumatran Elephant?

Not much is being done to protect these animals. Indonesia is trying to stop the poachers from killing them. They are also trying to limit the amount of their habitat they destroy. Another way is to bring some of them into captivity which is not the best way but will work.