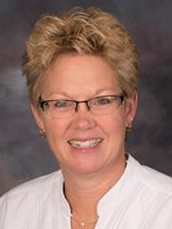 How old are you and what do you do for a living?

How have the laws in the past prohibiting gay marriage affected you?

Do you ever feel like you are discriminated against because of your sexuality?

Do you ever plan on marrying now that the laws in Illinois allow it?

Why This Topic Is Meaningful?

This is important to Chloe and I because we both have relatives that were somewhat affected by this law. My Aunt that I interviewed previously was affected by same-sex marriage laws (especially her friends) before the law was put into place. Chloe's family is also affected by this law in being that she has a gay cousin who previously just got married the summer of 2015. This is important to many of our classmates as well, who have family who were also affected by this before the law was passed. This is a state issue and involved not only "gay people" but also all citizens to vote and get 3/5ths of those votes to ratify the law. June 1 marks the day counties in Illinois had to begin issuing same-sex marriage licenses under legislation signed into law. 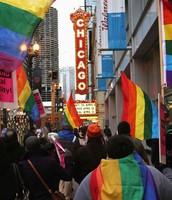 Activists rally in support of gay marriage on March 25. The Illinois Senate has approved legislation that will legalize same-sex marriage, but it was stalled in the state House. 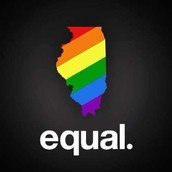 The Illinois' General Assembly passed the bill allowing for same-sex marriage in the state of Illinois.

Signed the Religious Freedom and Marriage Fairness Act on Wednesday June 1, 2014 making Illinois the 16th state in the nation to legalize same-sex marriage.

Before the Laws were passed:

Couples were moving out of Illinois and into the other 15 states that legalized same-sex marriage. Couples often would file lawsuits against the government in Illinois because they thought what Illinois was doing was unconstitutional. This leading to many unhappy citizens of Illinois.

After the Laws were passed:

On June 1, 2014, the Religious Freedom and Marriage Fairness Act granted all couples the freedom to marry in Illinois. After this many clergy members throughout Illinois were available to perform marriage ceremonies either in their faith institution or a venue of the couples choice. This made many citizens very happy! 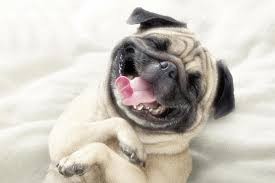 www.huffingtonpost.com
One day after a new Illinois law allowing same-sex marriage went into effect, LGBT advocates lashed out against Republican gubernatorial candidate Bruce Rauner over his apparent opposition to marriage