He was born March the 3rd in 1847 and was a scientist and the inventor of the telephone. 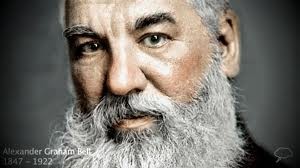 He is widely credited with the invention of the telephone in 1847. Alexander Graham Bell didn't have his name Graham until he was 11.He became an excellent piano player. When he was still young age. When Bell was 23 he and his parents moved to Canada.