Get email updates from Arjun:

Bifocals were the combination of far sighted lenses, and nearsighted lenses. One was on the top and one was on the bottom. Benjamin created what we now call "executive Bifocals" which are pretty much two lenses glued together to allow you to see far and close without switching glasses.

Education: Benjamin Franklin mostly self-taught himself, however received many honorary degrees from universities for his inventions.
Career: Benjamin specialized in the prints trade for most of his life. When he got older he got elected into the congress, and drafted the Declaration of Independence for the U.S.
He also voted on uniting the 13 colonies. Amazingly he created his many inventions as a hobby. 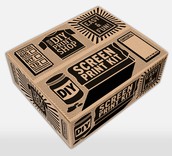 Benjamin was born in the Massachusetts Bay Colony, which is now known as Boston. Benjamin Franklin had 16 siblings not including himself, and was the last son (the 15'th). Benjamin Franklin was successful at Boston Latin school, but was pulled out to work in his fathers business as a candle man. Benjamin was always interested in writing, and stopped working as a candle man, to write. His brother wouldn't let his work get published, so he decided to move to Philadelphia. He continued his education in the printing trade in 1723. He lived at the home of John Read, and met and married his daughter Deborah Read. His son was named William. Benjamin became the owner of a printing shop, and became a famous writer. He wrote several pamphlets too, in this time. He became famous and eventually was elected into the congress in his later years.

What Benjamin Suffered in his later years

Presbyopia: Presbyopia is one of the two eye conditions he suffered. Presbyopia usually starts at the age of 40. If you have Presbyopia you will notice that you have blurred near vision.

Benjamin Franklin's goal was to make Bifocals and hope that they would stop or slow down his symptoms.

Why he invented the bifocals

Benjamin's Story/Why he Invented Them: Benjamin Franklin was having issues seeing up close, and far, due to old age. In the 1700's there were only two different kinds of glasses. One for seeing up close, and one for seeing over long distances. Benjamin was getting tired of switching between the glasses. He thought of something nobody had thought of before. Why not combine the two glasses?

Why they were the most important invention

Bifocals, in my opinion, was the most important invention that Benjamin made because it was not only a handy tool, but it slowed down the deadly symptoms of Myopia and Presbyopia. What made it even more important, was the fact that back then there were no treatments available for people that suffered eye sight conditions.

How Bifocals have changed

Bifocals have been changed by modern technology. Before, when Benjamin Franklin created the executive Bifocals there was a very apparent line between the lenses. Modern Bifocals are called "Progressive Lenses", which pretty much are Bifocals without the defining line between the lenses, so it looks like regular glasses. Another feature they have are lenses that work for distances that aren't too far, but wouldn't be considered near. Like looking at a computer screen. 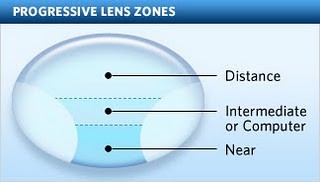