Suzan was born on February of 1820 on the 15th in Adams Massachusetts. Her family were Quakers she had one sibling Daniel Anthony. While she was still young she got a sense of Justice which she used later in her life. Later in her life she became a teacher and taught for 15 years. After that she spent most of her time actively working for social causes and became busy in temperance but because she was a women she was not allowed to speak. These interactions led she to be friends with Elizabeth Cady Stanton. In 1850 she help Suzan become one of the women in the women's rights movement. Later on she made her life revolve around women suffrage. Suzan traveled across the nation campaigning against slavery and for women to be allowed to buy there own property trying to get the votes. Then in the 1900's she was able to get the Rochester University to allow women. She was an active person her whole live until March 1906 when she died. 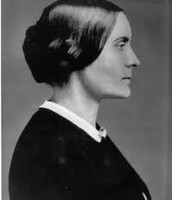 Tirelessly Worked for Others 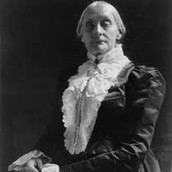 She worked for slavery and women's rights

Follow Kaitlin Reed
Contact Kaitlin Reed
Embed code is for website/blog and not email. To embed your newsletter in a Mass Notification System, click HERE to see how or reach out to support@smore.com